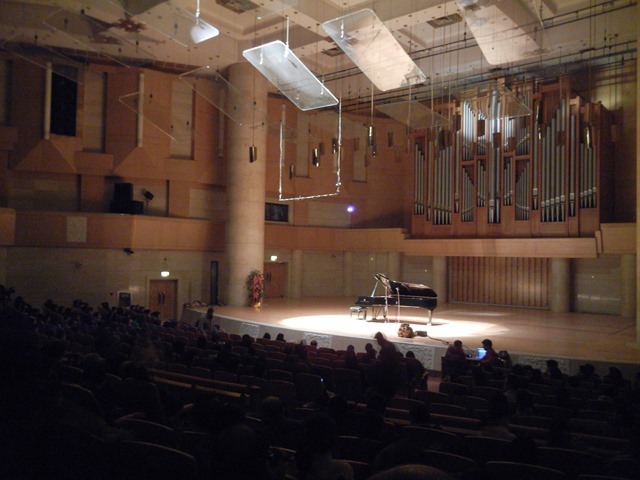 A friend of mine is a huge fanatic of classical concerts.  She mentioned there is a concert at Zhongshan Concert Hall, the oldest concert hall, right next to the Forbidden City.  Out of curiosity, I came to see what’s inside the huge communist-era building buried in heaps of classical Chinese architectures.

Since it was dark out, I only took the pictures on interior of the hall, but you can refer to its outside look on this post. 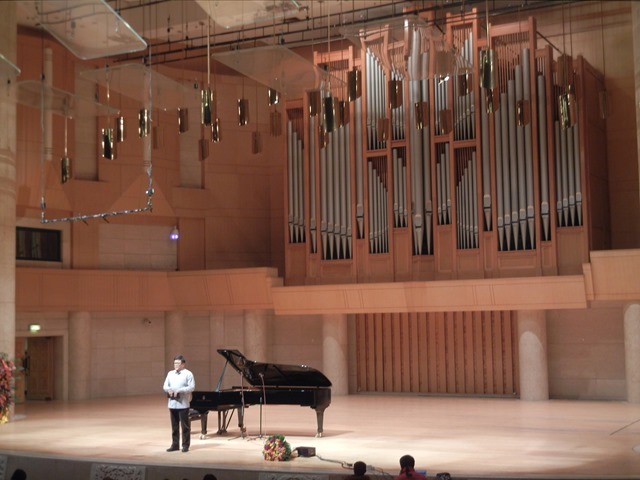 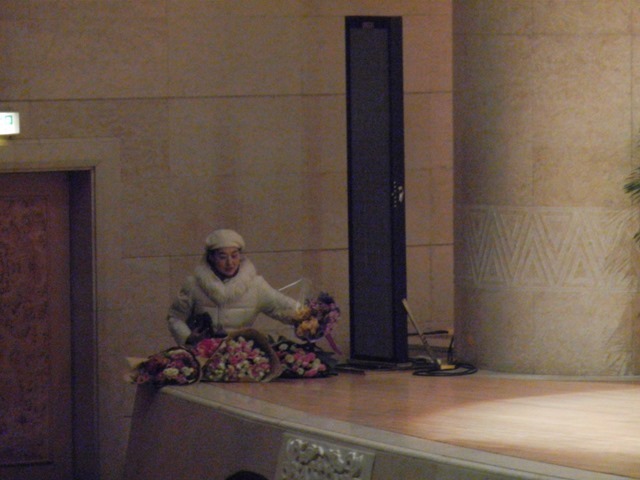 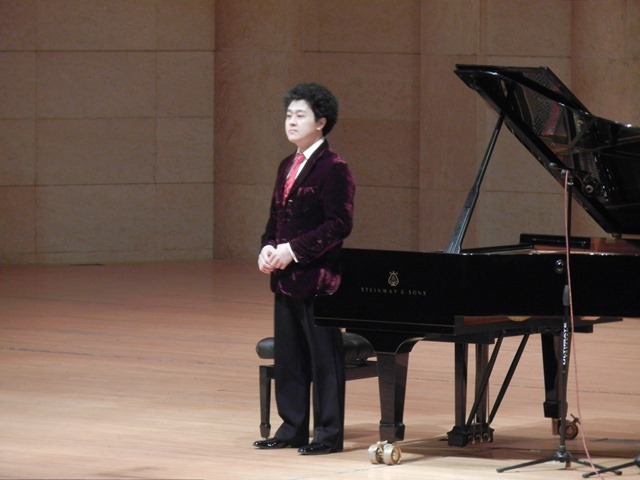 The man himself, John Chen from the U.S., dubbed as a piano genius, or the next-generation pianist. 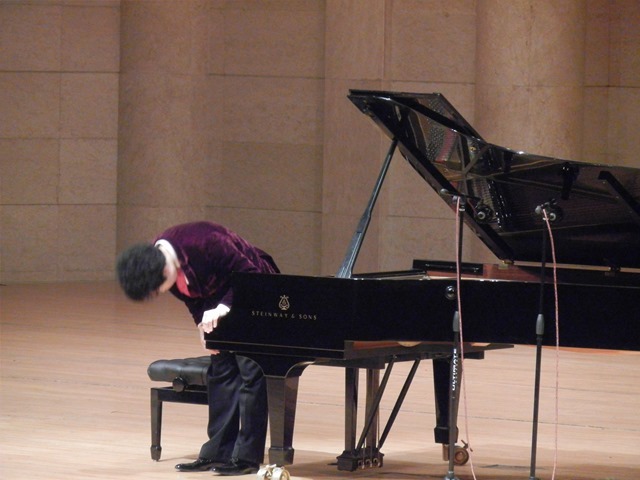 He took a bow 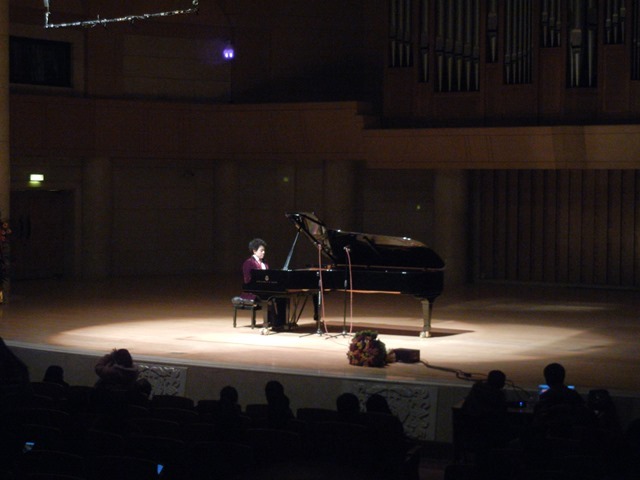 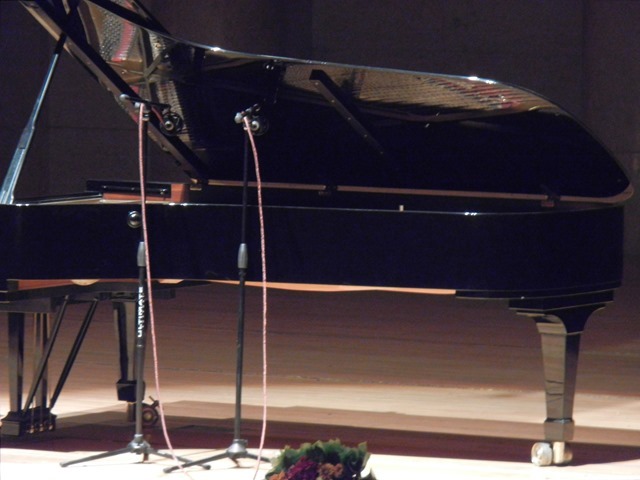 Microphones next to the piano… 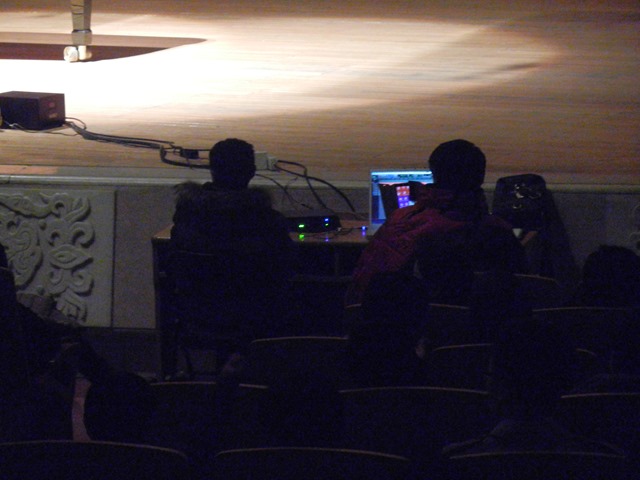 and hooked up to a professional recorder. 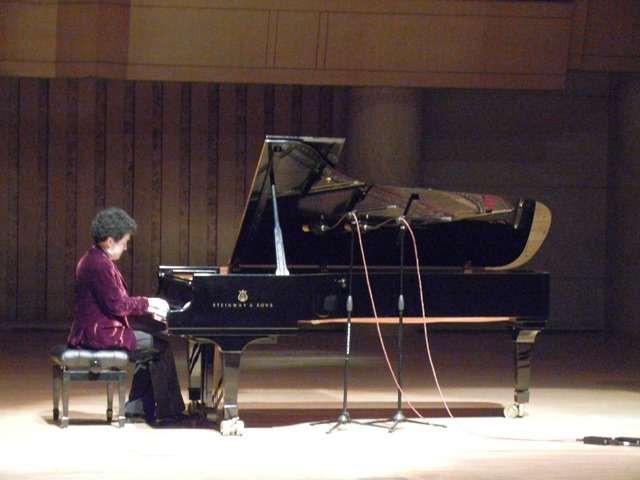 We switched our seats during the second half, now we can see his hands dancing on the edge of a gigantic instrument. 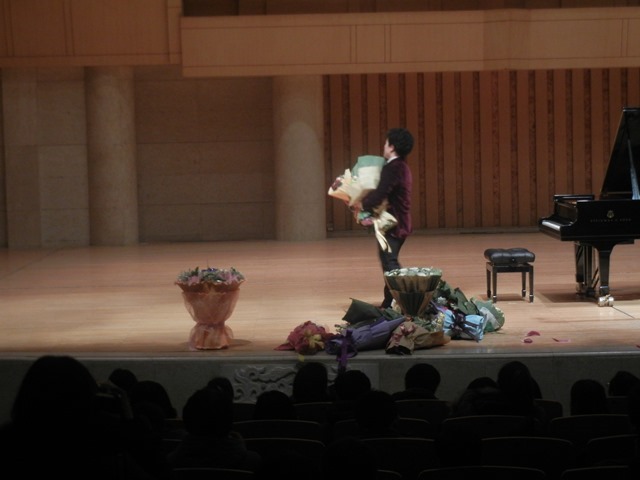 When he finished, the audiences could hold no longer but to stand up and applauded for what seemed like 10 minutes, countless flower offered, he had to make multiple trips to get them in order. 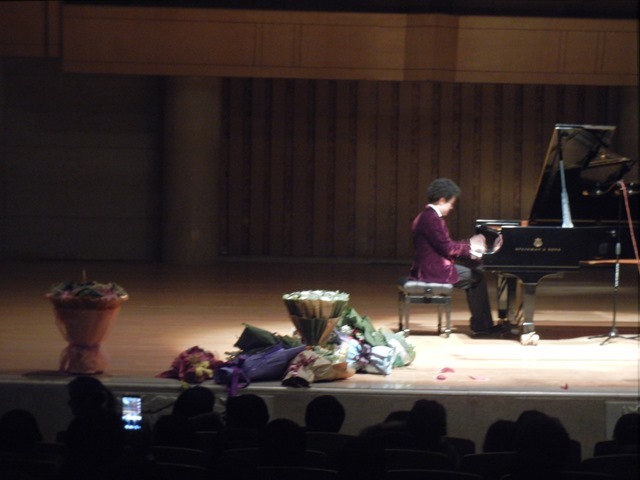 He offered an additional song amidst the flowers, after he was done we stood up again and clapped for a long time again. Then he offered another one. 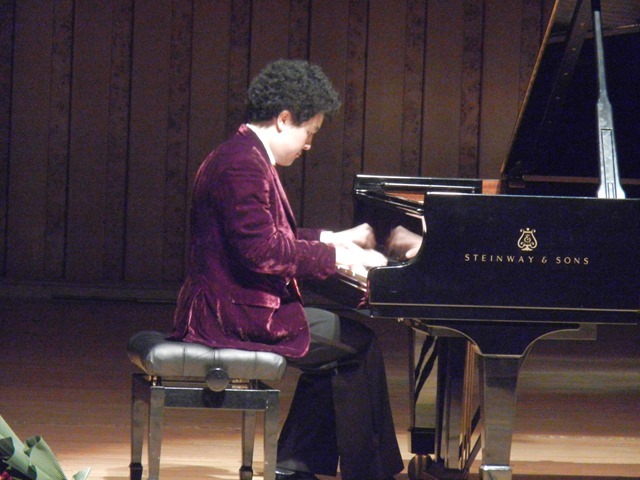 2 thoughts on “A Recital from a Piano Genius”