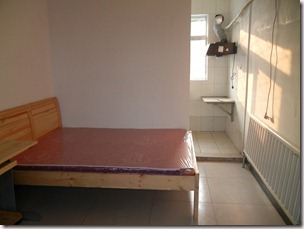 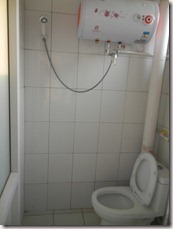 First thing first, I got off my feet to search for an apartment.  I found this one for just 1500 per  month, but it is in an apartment outside the city…. 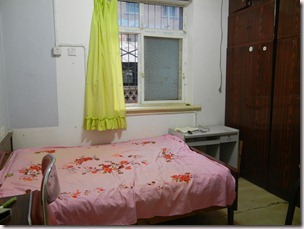 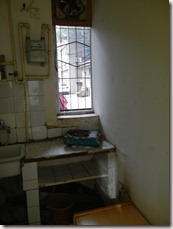 The next apartment is in the city center, but for 2000 yuan I get a tiny old studio… but I’m not too impressed with kitchen and bathroom 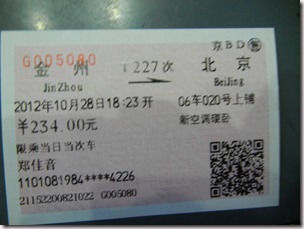 It rained later that day and the temperature went down quickly.  But I ran out of time, so I went out in my jacket and umbrella to buy a round-trip train ticket to Jinzhou… except it was the wrong character… it’s another Jinzhou, just 2000 kilmoters away from this one.  My aunt was furious.  She drove me to the guy who sold me the ticket, and of course, no matter how we bickered we couldn’t get our money back.  Then she drove me to the train station to get my tickets exchanged. After some digging, I finally found my way to the hidden downstairs ticket window to return my ticket.  Then I had to go to the upstairs to get a new pair of tickets.  You see all sorts of people waiting in the train station’s ticket line.  There was one old lady who brought only her basket with all her belongings.  “Did you have an argument with your husband?” A young man asked, “and now you are wondering around by yourself?”

Another elderly man mistakenly gotten off here, and he was asking for a refund at the ticket window for the remaining stations that he could not get back. When the ticket window lady refused, “look, said the old man, this is what the society has turned into… our people and our party is suffering… *blah blah blah* 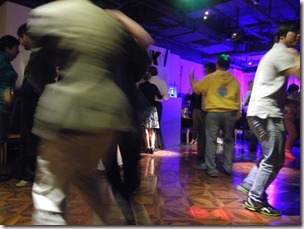 I heard a big swing dance scene on Monday night.  So I went to check it out 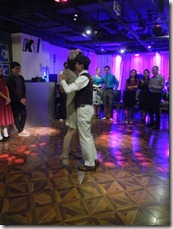 they even had a balboa competition 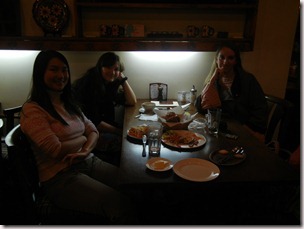 I met up with Elena and one of her best friends Ira.  Elena is one of the Russian native translator who was moving back to Russia.  So we met her up to cheer for one more time 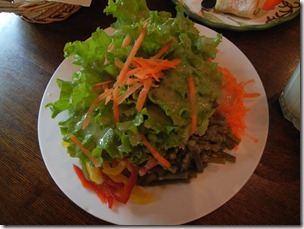 That night I had my first salad in months.  It was a bit different- I never saw long beans in my salad, but they tasted wonderful 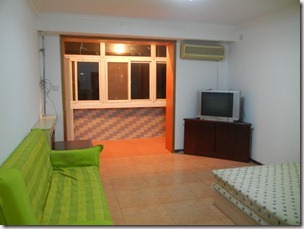 Later that week I found some more decent apartments, all ranging around 2500-3000 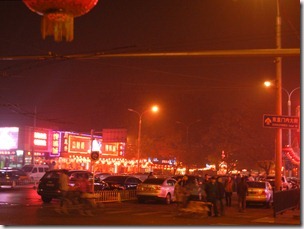 Met up with Joe, a friend who helped me while I was traveling in Mongolia.  The minute I stepped out of train station, I fell in love with this bustling place 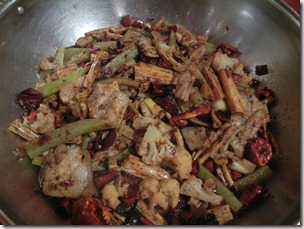 Our dinner – pick four ingredients and stir fry with peppers 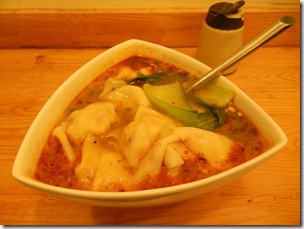 I went to take a stroll around the drum towers, and had these spicy wontons for dinner 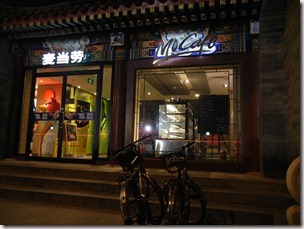 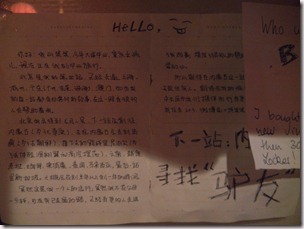 Dropped by a hostel and found this… a young girl traveling by herserlf looking for 驴友，or donkey friend (denoted for its slow traveling speed, which happened to have the same pronunciation as 旅友，or traveling friend).   She wrote down a lot of detailed places for her trip… I’m quite impressed that a backpacker could plan like that… because most people were like me, don’t plan, just go…. She’s going to inner Mongolia, anyone?