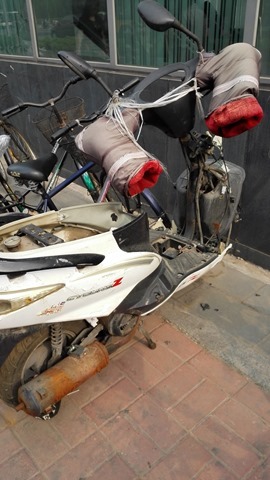 Not sure what happened with this bike parked next to a metro, was it the owner or was it the thief? 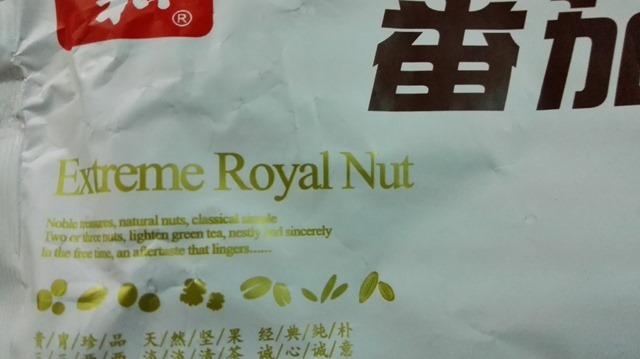 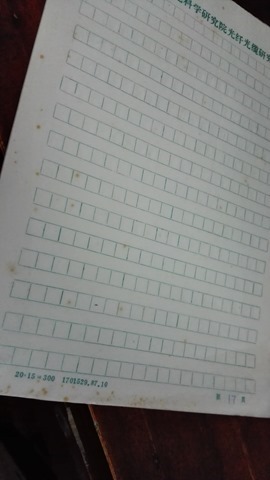 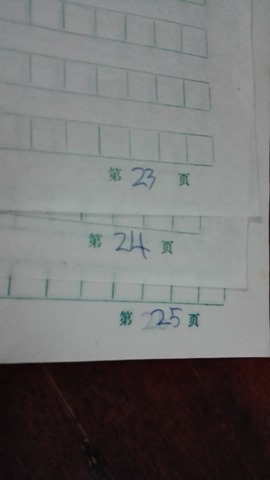 I need a letter paper, found these old letter in the back of the drawer, untouched for almost 20 years. You can still trace the elementary page numbering in the corner. 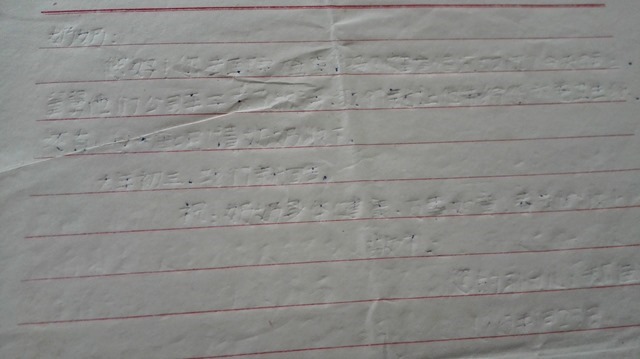 Hello Grandma, how are you? Did you go to the hospital? Is your health ok? If my uncle’s ride comes by tonight, we will send in 6 rolls of toilet paper with him, and some candies! We will be back on the 3rd of January (lunar calendar).  Happy (Chinese) New Year. Your granddaughter Jenny Zheng, January 23rd, 1995 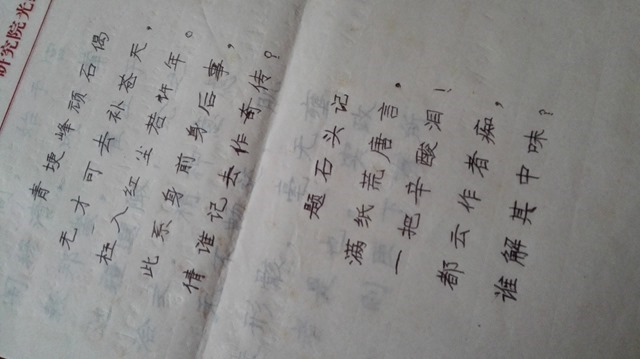 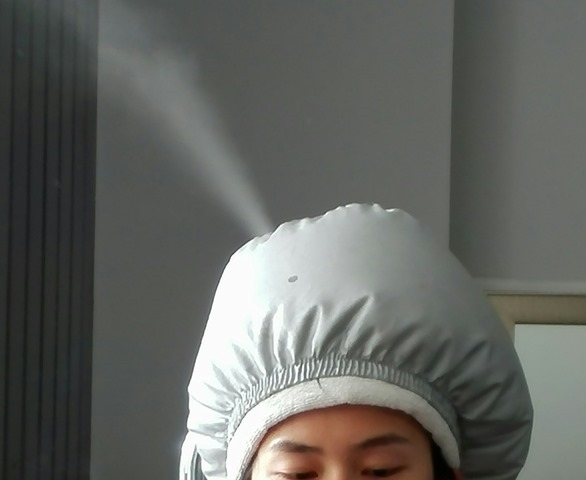 Had my hair treated for the first time in China. 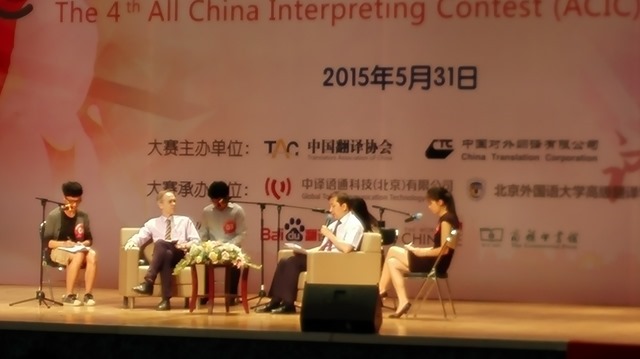 Visited an interpretation competition in Beijing Foreign Studies Universities. These are top kids from all over the country who made to the finals.  I feel consecutive interpretation is a lot more fun to watch since you can catch the errors almost right away. 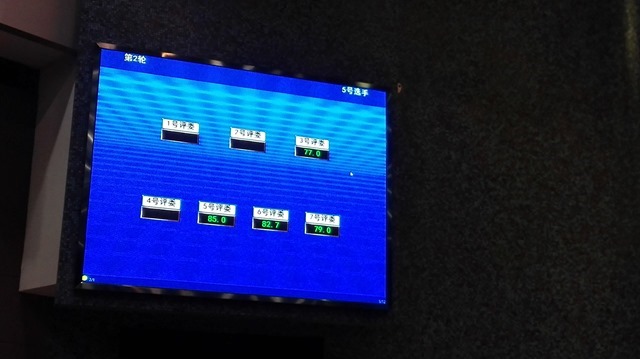 They score like gymnastics, take out the highest an lowest scores and average the rest. 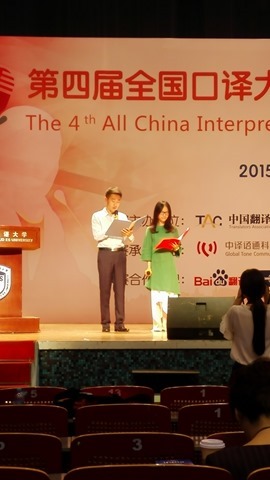 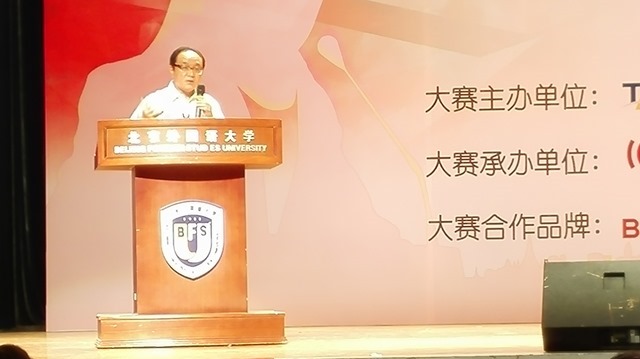 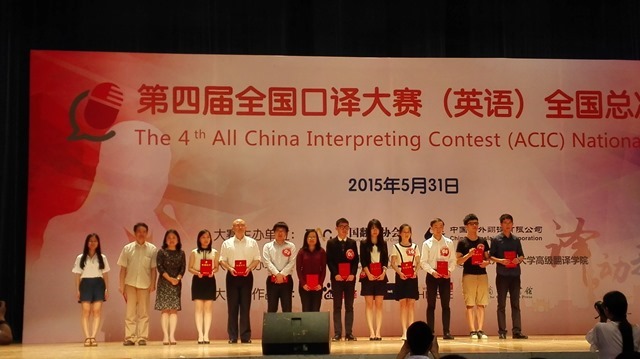 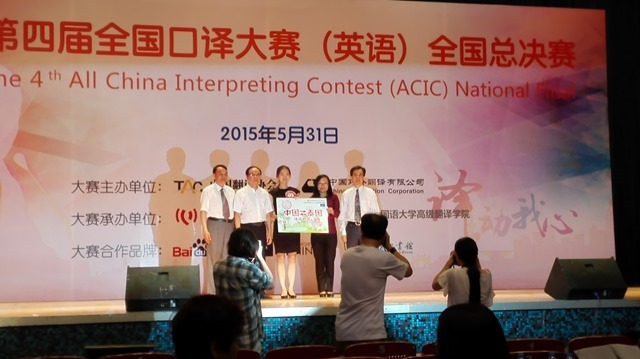 Some kids got a trip to Thailand 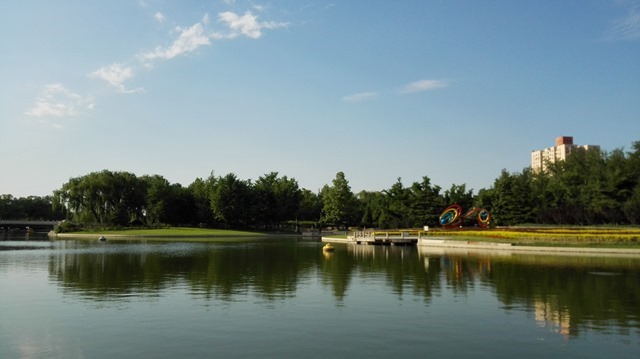 Before leaving my apartment of 3 years in Beijing I have to say thanks to the awesome park right by it.  This is my favorite park in Beijing – not too big, not too small. 3 km (single loop) run if I’m too tired after a day of work or 6-7 km if I’m not all that tire. 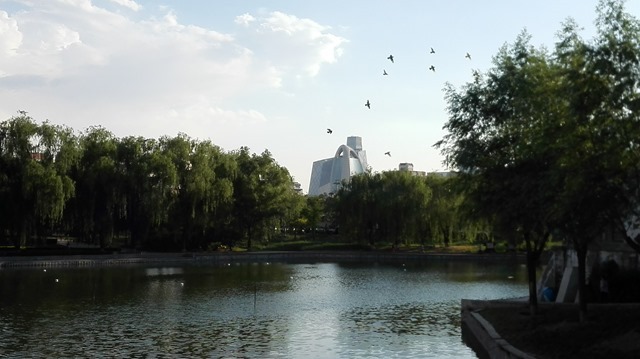 You can spot Beijing CBD not far. 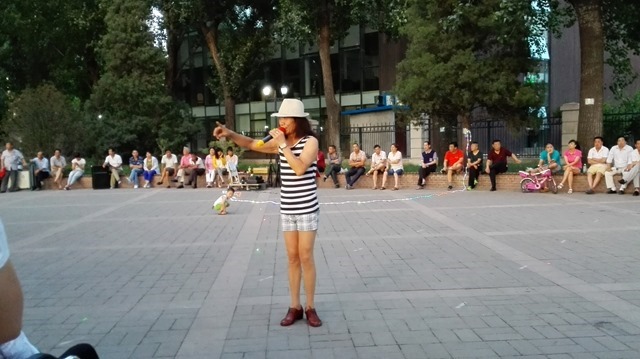 The highlight of the park is this karaoke concert held by this transgendered man/girl. She definitely has a better body than 70% of the women out there… until you hear his voice. 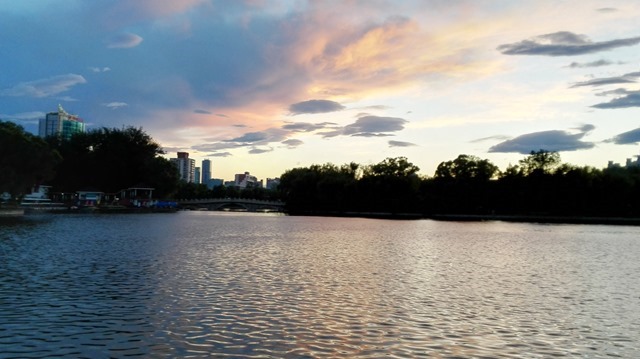 Beautiful sunset during one evening run. 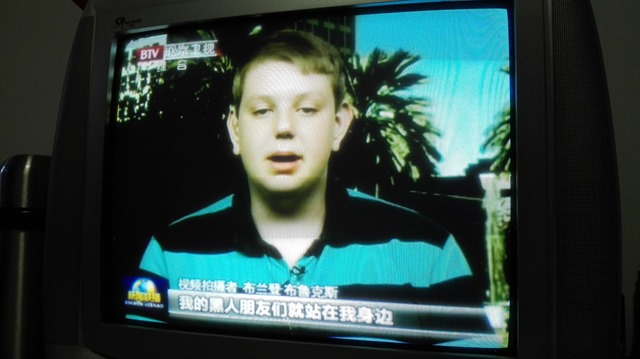 My friends were all riled up on Facebook, and I thought it was a neighborhood fight till when I spotted it on CCTV News (Chinese national television). Now the whole world knows it. 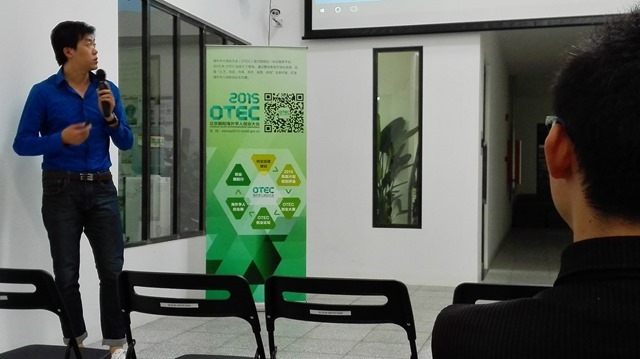 Went for an entrepreneurial workshop 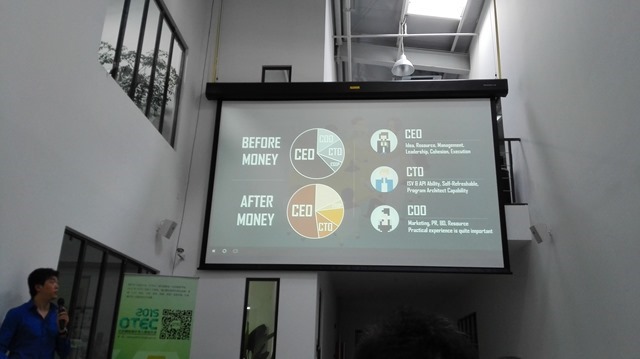 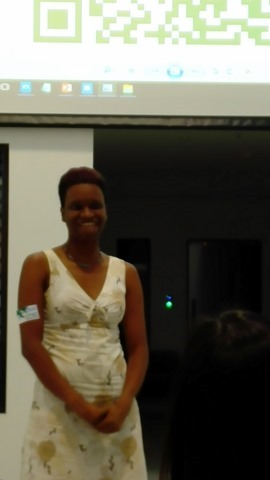 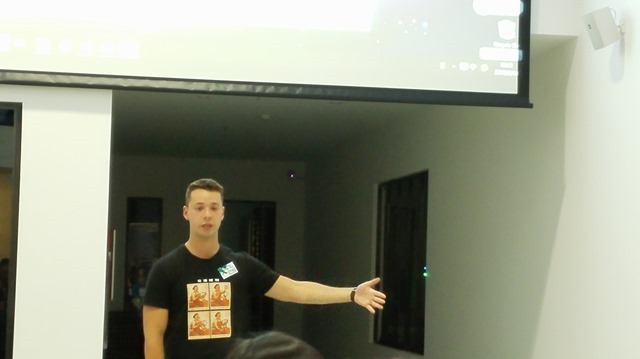 This 22-year-old just come from California for gathering Chinese funds for his start-up. 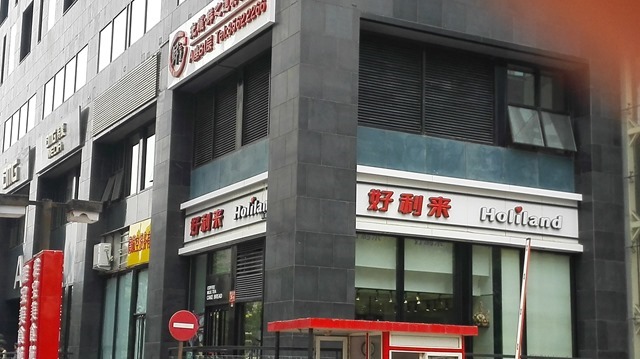 Met a monk in the metro. He even produced a “monk ID”.  I thought of buying him buns which costs next to nothing, but when I found the buns place is closed, he asked for bread (which is much more expensive in China).  I eventually bought him something I wouldn’t even afford for myself. 5 USD breads in China is a lot for one person, I hope he put it to good use. 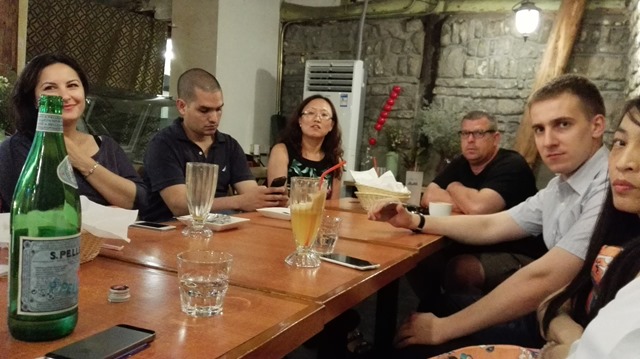 Since my friend Ivy is on a business trip, I took over her business start-up meet-up. 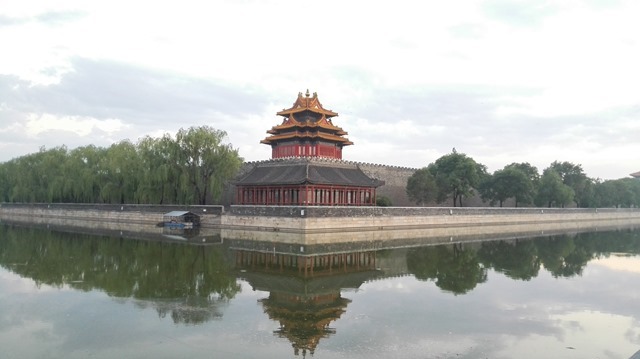 But the highlight of the meet-up is the location, right by the corner of the Forbidden City, dubbed as the most beautiful part of the town. 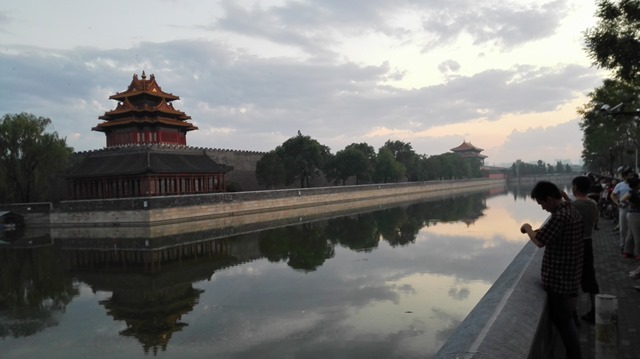 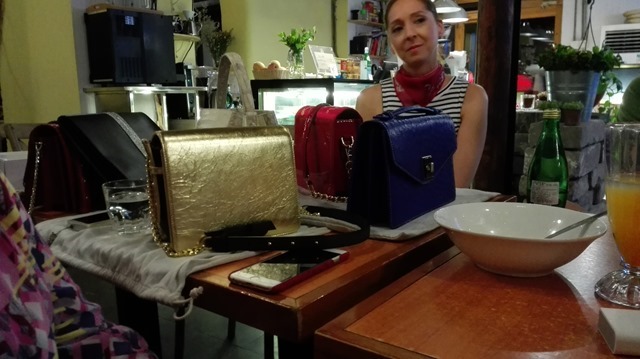 The speaker is a lady who does customized high-end handbags. If you want your own handbag with your name on it, take to her and she will hook up with a factory. 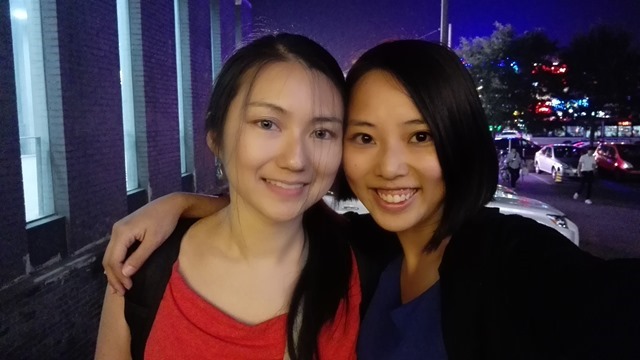 Met Wing in Beijing briefly before I moved out. I have crashed on her couch in Hong Kong for my visa run when I just arrived in China. It’s been a good 2.5 years.

2 thoughts on “Before Moving Out of Beijing”