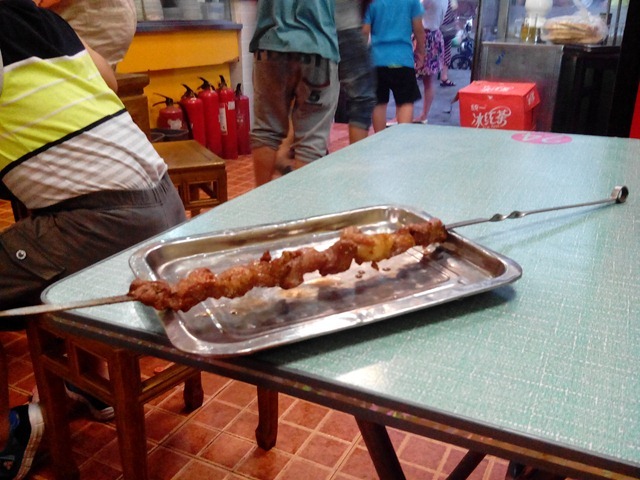 There is a popular Muslim BBQ place around my neighborhood. They are known for their gigantic lamb BBQ on iron skewer. One day I was finally hungry enough to give it a try…. Now I know why they are popular now.  Besides the exotic exterior, the thing is greasiest string of meat on earth. 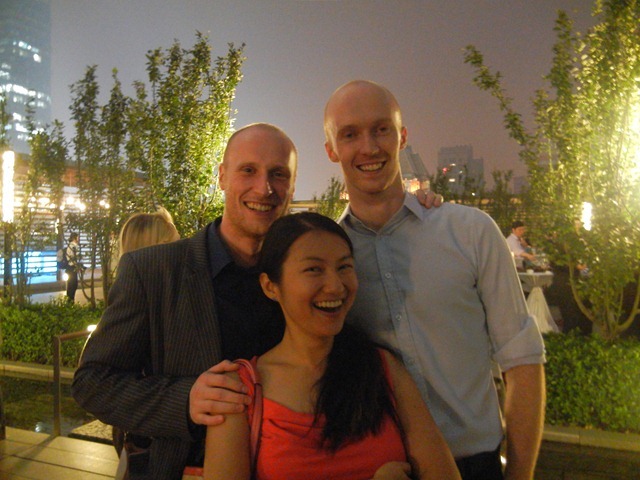 Was hanging out with Richard at a networking event and found his “twin”.  Apparently his other half is from Germany [Richard (right) is from England] 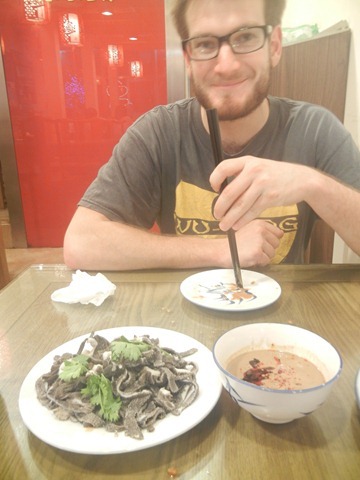 Had a surfer during one of my nights in Beijing.  He’s Guillaume from Paris. Since I only have a one-room apartment, I normally don’t host men surfers that I don’t know, but the poor guy was on the last minute couch surfing request forever and his profile looked very well reviewed so I took him in.

That night I took him to the Beihai bar area and we started with some Cow Stomach Fry. 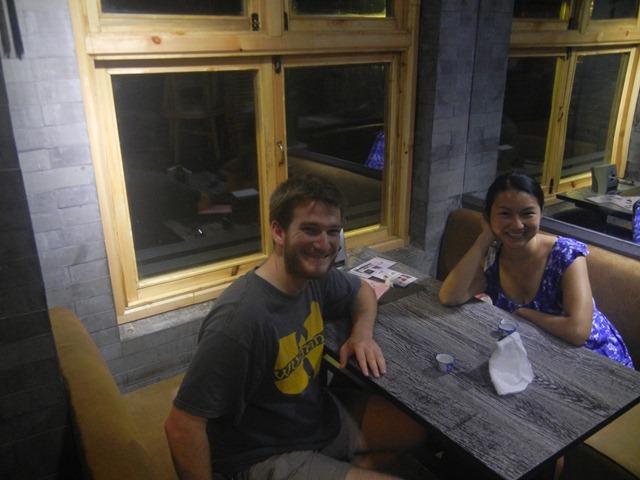 Then we took a walk around what used to be the imperial lake, now a bar area and sat down at one of the quieter bars hidden in the hutong. 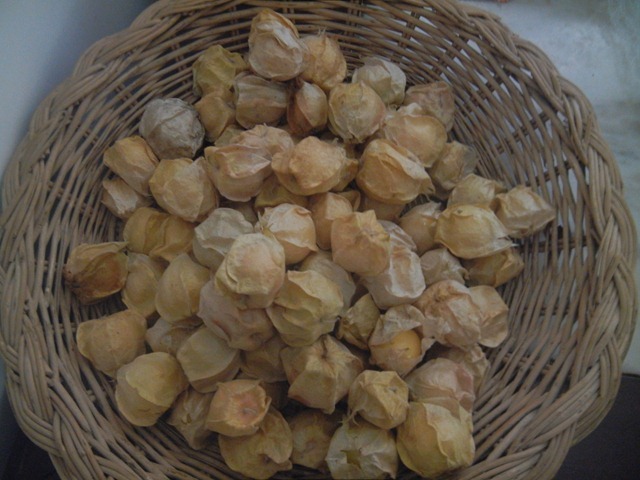 Mom came back from Texas to visit me.  We went to Wuhan together.  Next day she brought a bag of these fruits from the market.  “They are called ‘shy fruits,’” mom explained, “since the fruit itself hides behind the thin layer of skin.” 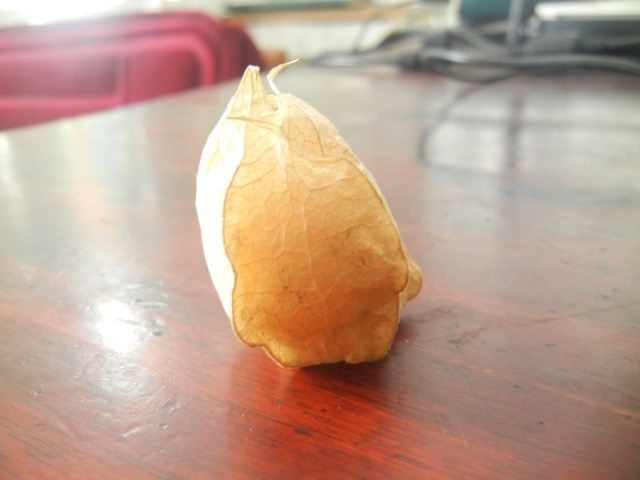 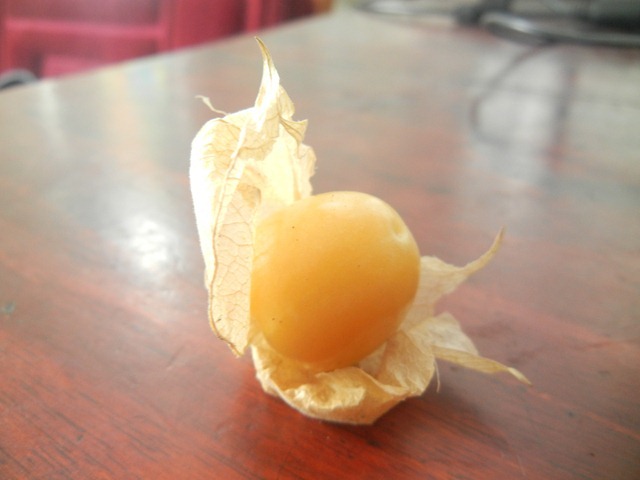 Since it is covered by a skin, the fruit is very easy to keep clean.  Just peal off the skin and eat the tomato-like inside.  Since it’s from tomato family, it tastes like tomato but sweeter than tomato.

One thought on “Break in Beijing and Strange Fruit in Wuhan”