On a beautiful Sunday I went with Dou to the China National Museum right in Tian’anmen Square.  Of course, I didn’t land here by chance.  Countless people recommended this place as the best place to learn about the Chinese history and I’m really interested in it.

My parents told me about their own story.  They went to the museum a long time ago, back then they took an entire day to finish the museum.  Now the museum has expanded 2 more times. 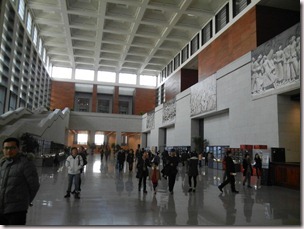 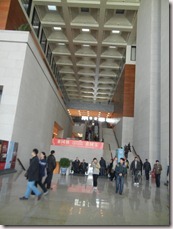 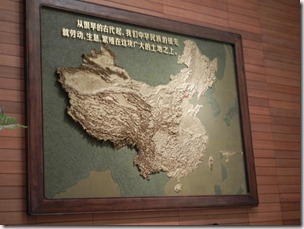 A topographical map of China 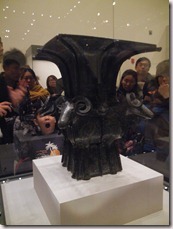 After spending some time in the temporarily Renaissance Art Hall from an Italian museum (with mostly paintings and sculptures of the Medici family), we went on a guided tour on a journey through 5,000 years of history – all in 2 hours. 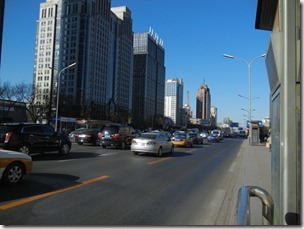 Beijing sky had the first blue day after days of polluted gray. 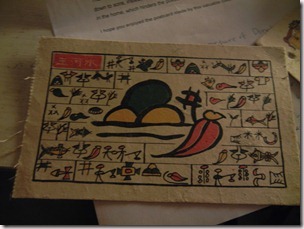 Sending postcards to those who have hosted me during my around-the-world travel.  I bought these cards while traveling in Yunnan.  Yunnan is a Chinese province with mostly ethnic minorities.  One of these ethnic groups is Naxi.  Besides their beautiful villages and Lijiang Old Town, they are also famous for making these special Dongba papers.  These papers were also known as “thousand-year papers” due to its high quality of being mothproof and resistant to natural erosion although it is made with the original tools and crafts. 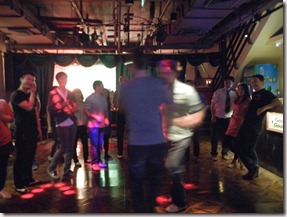 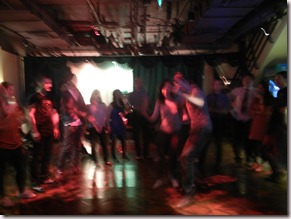 Last Monday was Haike’s last Monday dance before his home going journey to USA, and we made a dance jam for him.  I got to know Haike when I first started dancing in San Antonio years ago.  I still remember how he approached and greeted me when I showed up at their Swing Catz Club.  Haiked loved China, so much that he eventually moved to China in 2009. Back then he was so enthusiastic that he told me he would consider a Chinese green card.

Well, things happened and reality hits, he eventually realized that being a white guy, you will never be able to fit in a Chinese society (hell, I look Chinese and I am still excluded in certain occasions).  Haike decided to go back home and try out the foreign service exam.  I really wish everything could work out for him.  Afterall, Haike speaks fluent Chinese, sometimes even better than me (especially when we were in San Antonio, he would easily beat my Chinese back then, heheh…). 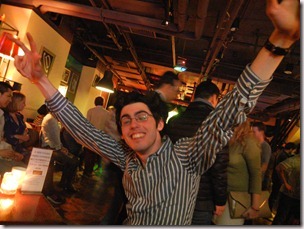 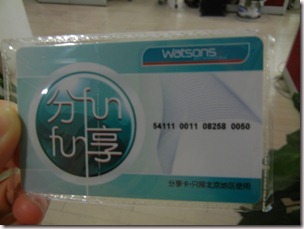