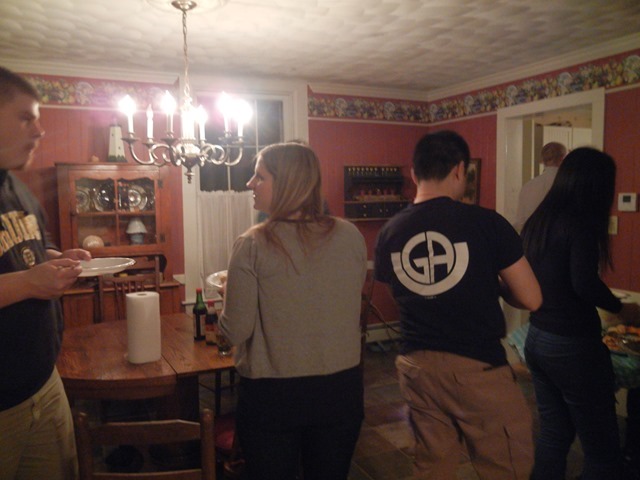 James friends threw a dumpling party at their house on the Chinese New Year.  The last time I had actually made dumplings was when I was 10 or 11.  So I was all excited to revisit the experience…but we were a bit late for that.  By the time we got to his friends’ house, the dumplings were all boiling in the pot. 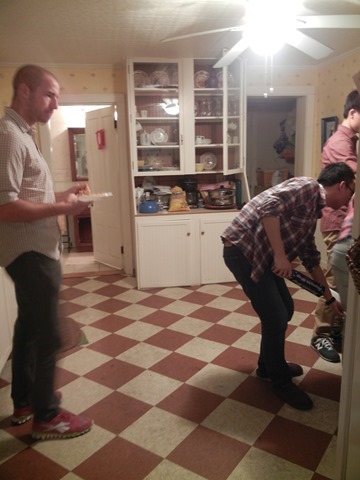 But James also brought something neat with him, pork ribs. 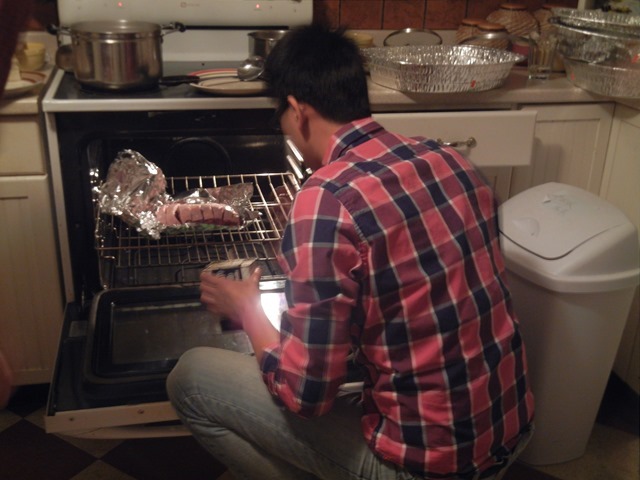 Sticking ribs into the oven, and season… 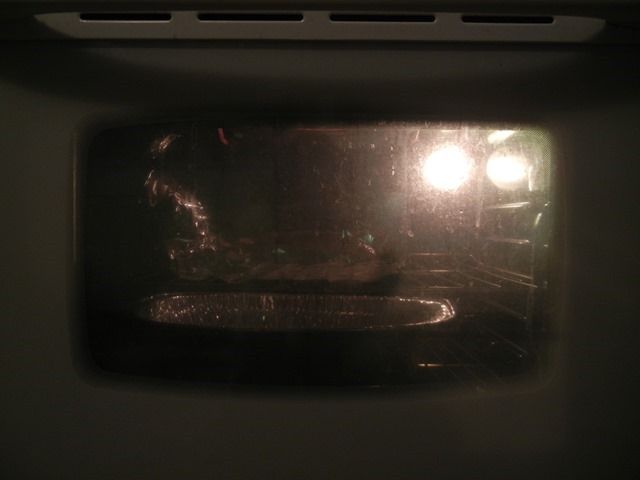 Then we totally forgot about the ribs in the oven… 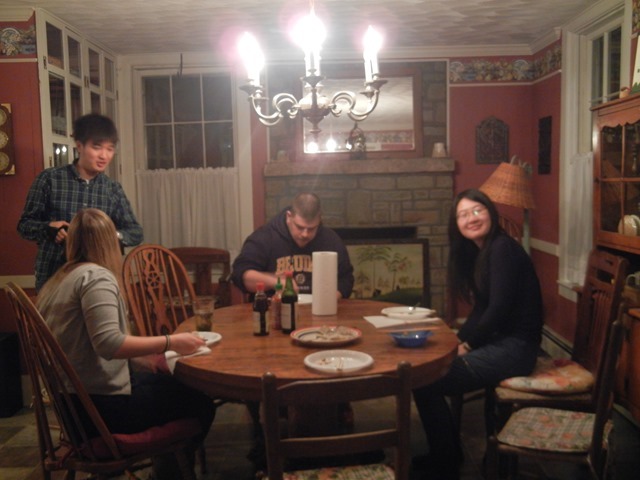 Other students at the party 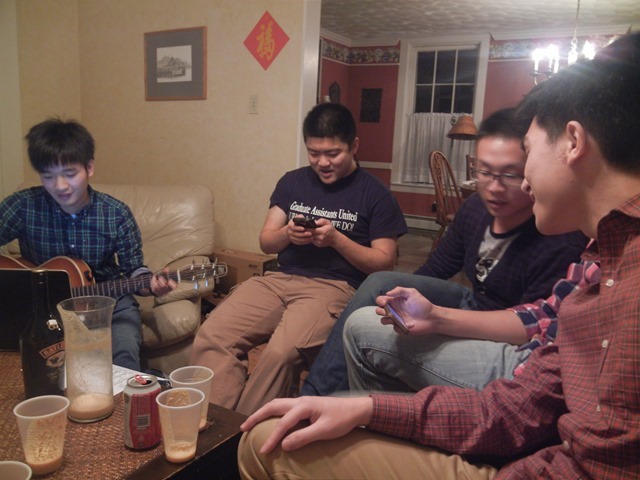 After completely over-stuffing ourselves with way too much dumplings than we could handle, we all sat around the coffee table and the guys started their efforts to burn those foods off – by singing Chinese love songs. 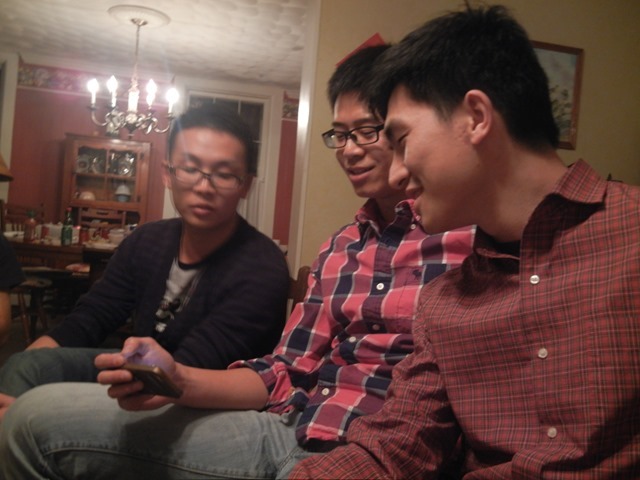 Some got so emotional that they started rolling in their chairs….. 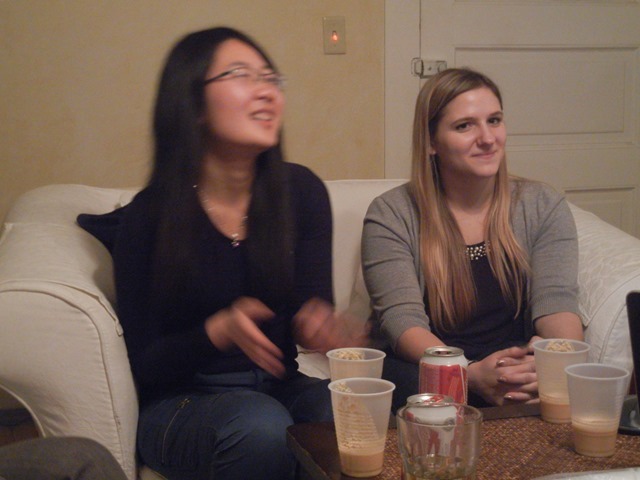 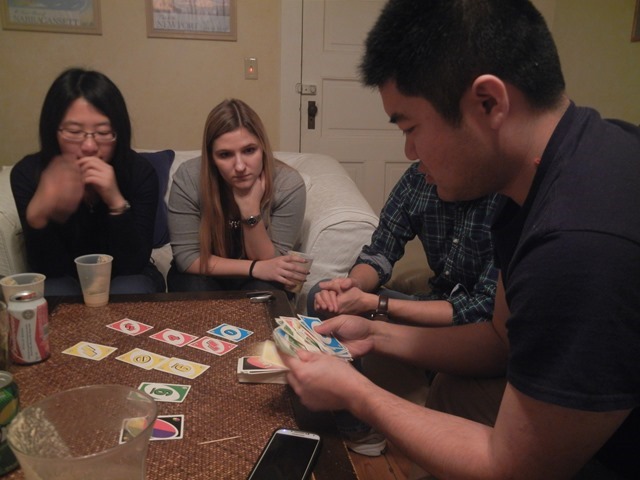 Then we started playing Uno. 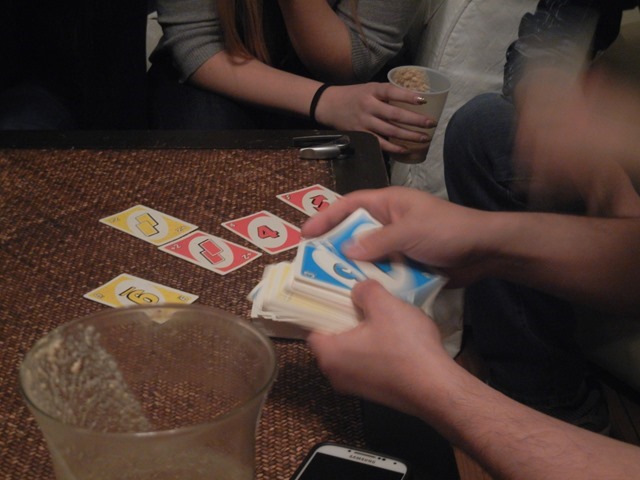 Since there were so many people, we piled two different Uno cards together, good luck in trying to recognize same type of cards from different sets of Uno cards.