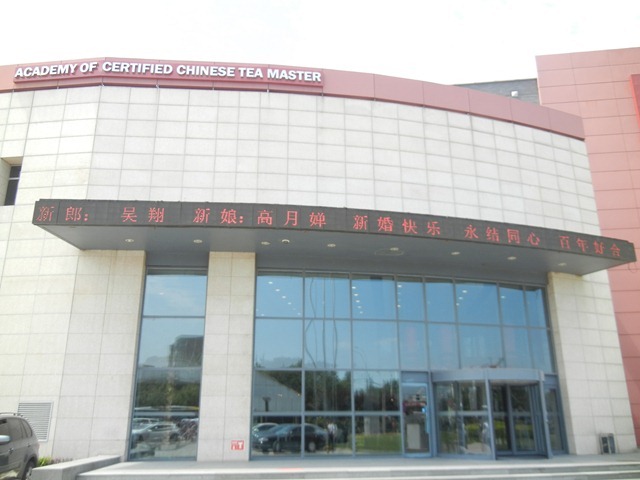 After Shanghai, I ran back to Beijing for my cousin’s wedding.  I spent quite sometime looking for the restaurant. Well, this restaurant with my cousin and his wife’s names rolling on the marquee must be where the wedding is. 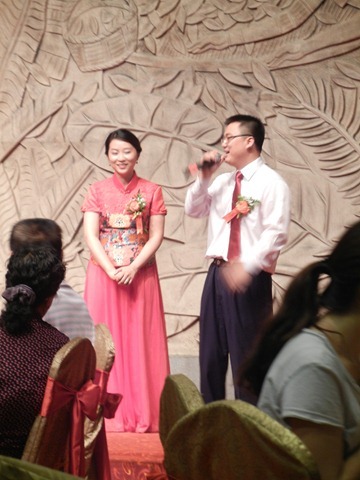 Ok, my cousin has already married the in-law, this is just a make-up wedding 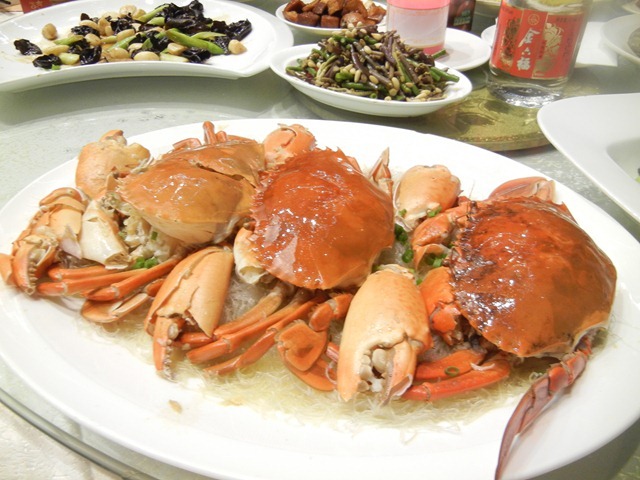 But the food is still pretty high-end 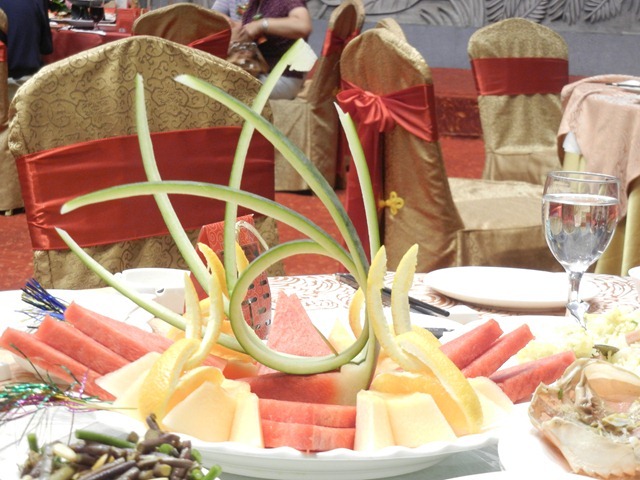 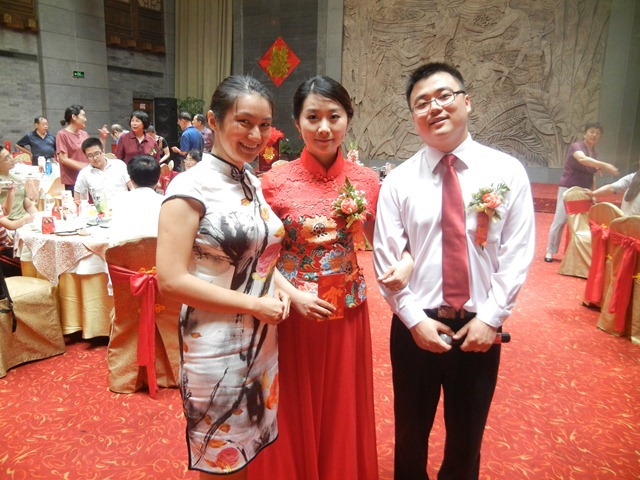 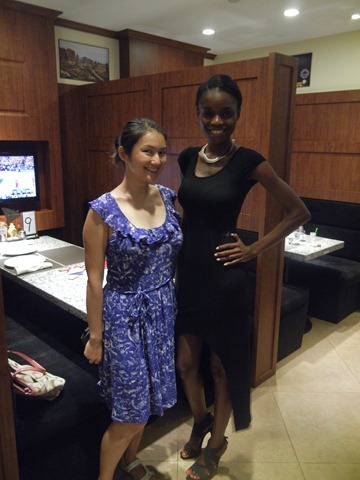 Went out Beijing Foodies night. Where I met one of the only two black models in Beijing.  Indeed, with Asian’s mass preference on White and Asian models, black models have little market. At the same time, I do think she has a bit of niche market. 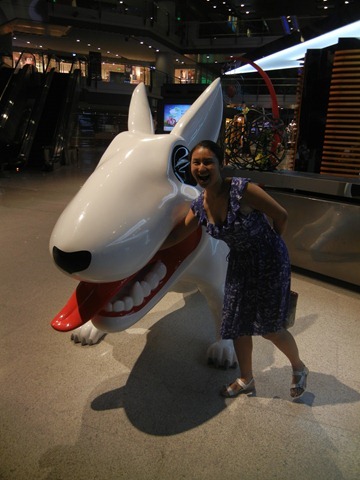 The mall where Beijing Foodies took place.  I used to pass by here everyday to and from work, yet I have never noticed its grandeur. 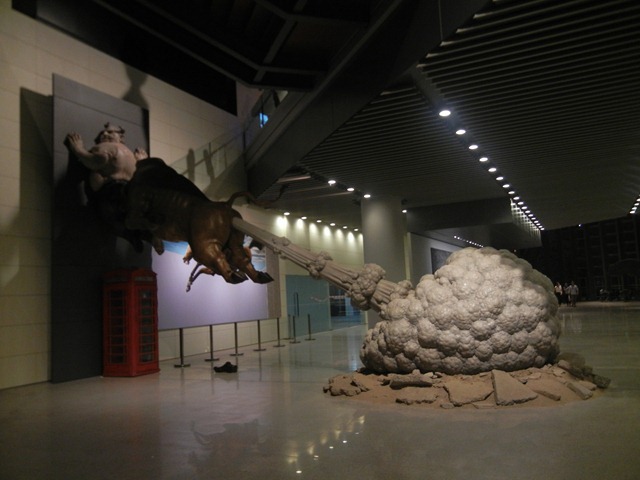 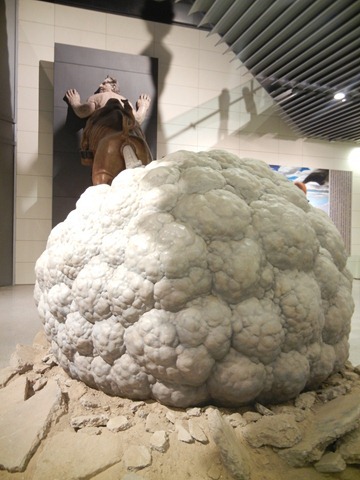 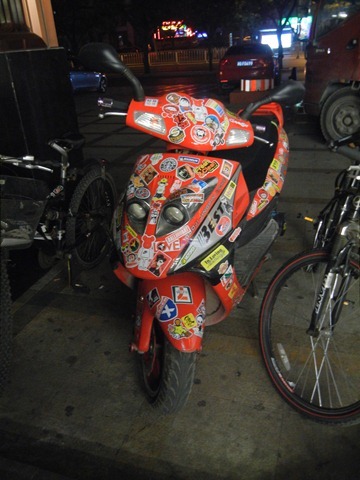 Found a motor bike full of stickers parked right outside of the mall. 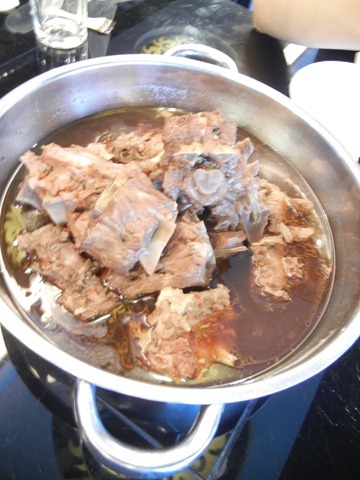 There is a restaurant selling lamb spine next to my apartment.  I’ve never tried it.  Though it was always overflowing with guests on weekends.  One day, I took a chance and invited a girl not far from where I live to teach me how to eat this.

Lamb spine is a special delicacy in Beijing.  It’s similar to Hot Pots, but your entry is the meat from lamb spine.   You first work on the spines.  When you are almost done, you start putting other vegetables in the hot pot. 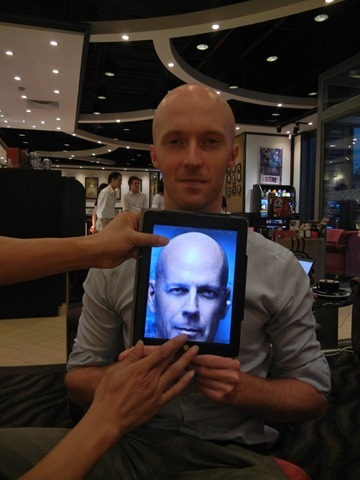 We found that Richard amazingly looked like Bruce Willis on a magazine cover page.

The photographer also specializes in cover photos.  One of his most recent themes is women of ancient China, where he photographed fashions from Tang and Ming Dynasties.

“Wait,” I wondered, “but aren’t Tang girls usually fat?  I mean back in the Tang dynasty it was well known that fat women are regarded as beautiful.”

True, but remember our audience are people of the modern days.

Anyways, after looking over his Tang and Ming fashion photos, the photographer went, “Jenny, you could be a Tang girl!”

And his comment just killed a couple people from laughing…. 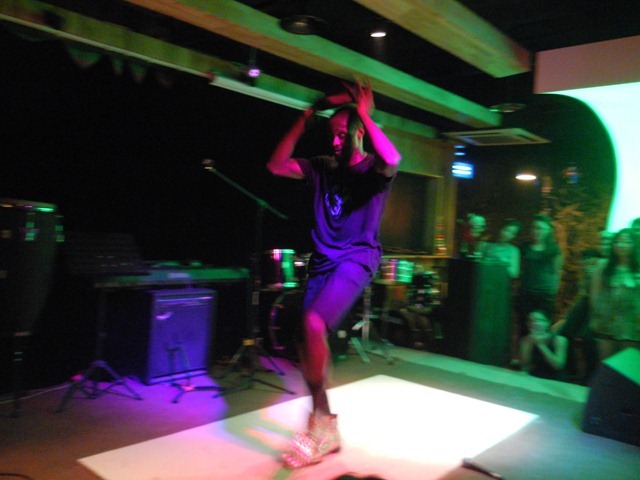 I haven’t danced Lindyhop for a while, but Wednesday night there was a world famous tap dancer showing up at the scene. Joseph Wiggan, who’s been traveling around with Cirque de Soleil for two years, has arrived Beijing with the troupe.

Mr. Wiggan turned out to be the nicest professional artist.  He was so personable that you couldn’t a world top tap dancer at all. He danced with every girl at least twice on the floor, and talked with every one of us.  Too bad his sister, who is also his partner on the floor, sustained an injury and just went back to the States, or it would be nice to see them perform together. 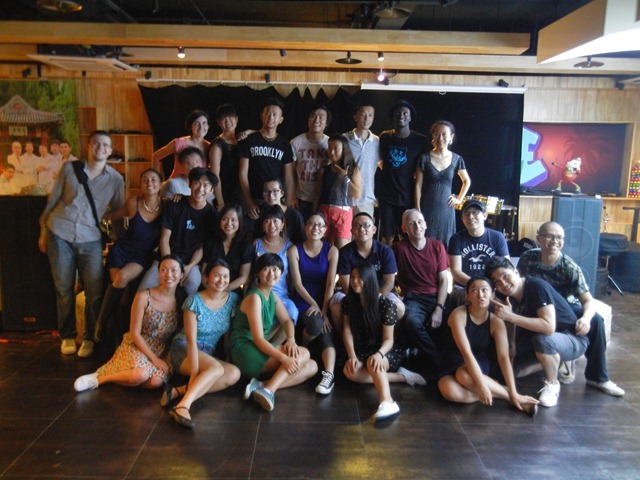