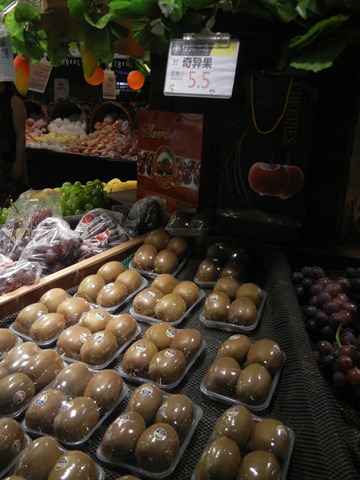 Was browsing around the supermarket the other day and found these the translation for “kiwi”. It was literally translated into “strange fruit” in Chinese. 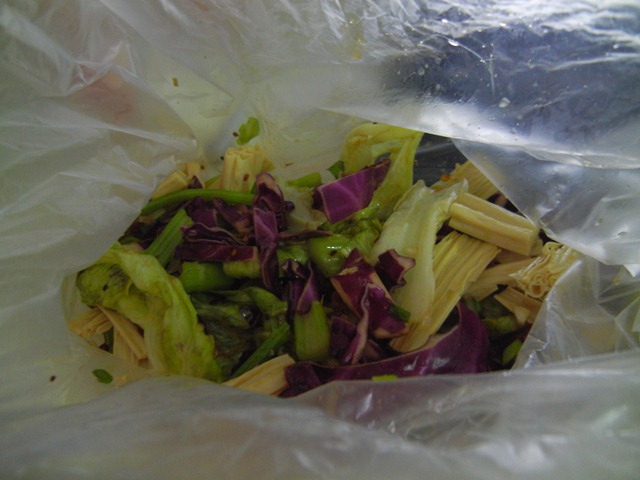 I finally found “salads” in China, they are actually called “cool food” since they aren’t cooked.  You basically go to this salad counter in the super market, tell them which vegetable you want to put in the mix. They will ask how much pepper sauce you want in the end, and boom, there you have it! 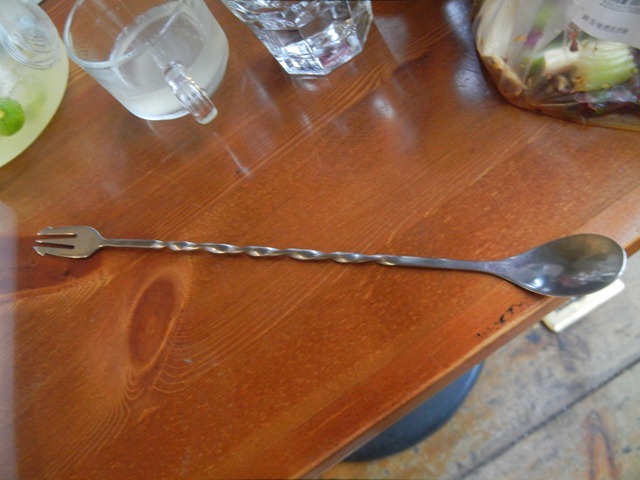 Most ingenious stir in a coffee shop, I guess you could either stir with a skinny spoon or a skinny fork. 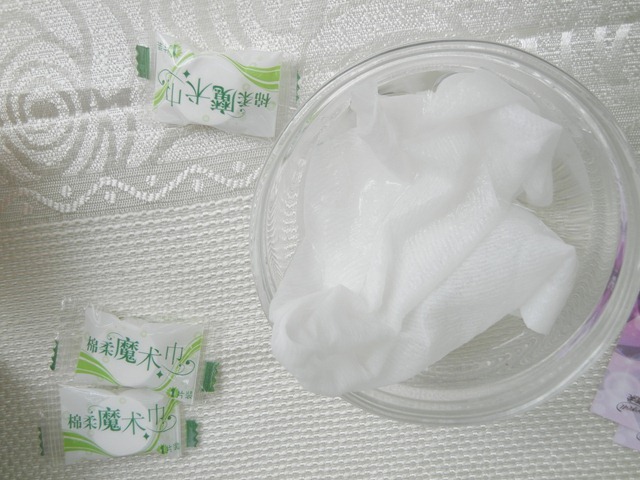 First time seeing a towel that could shrink into candies, and it will expand into towel when soaked in water 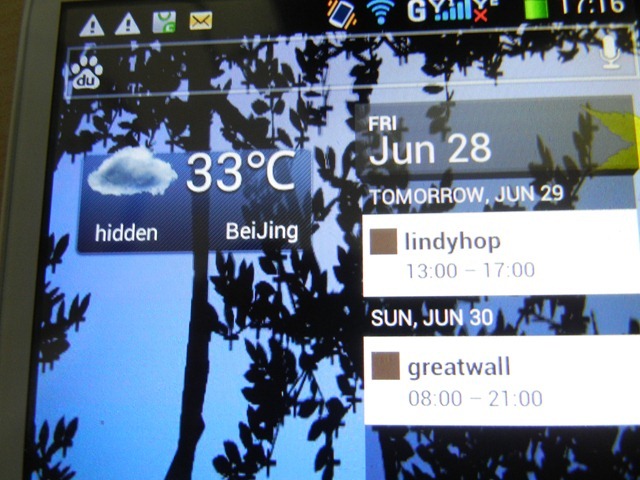 Oh, and I made the first stride to be a long-term expat in China – a cell phone upgrade.  What’s more? I bought a Chinese model (hooray for supporting Chinese mobile industry) complete with Chinglish commands, like the weather report “hidden” for “cloudy”.  If I wasn’t a Chinese speaker, I’d be a bit more baffled on that one. 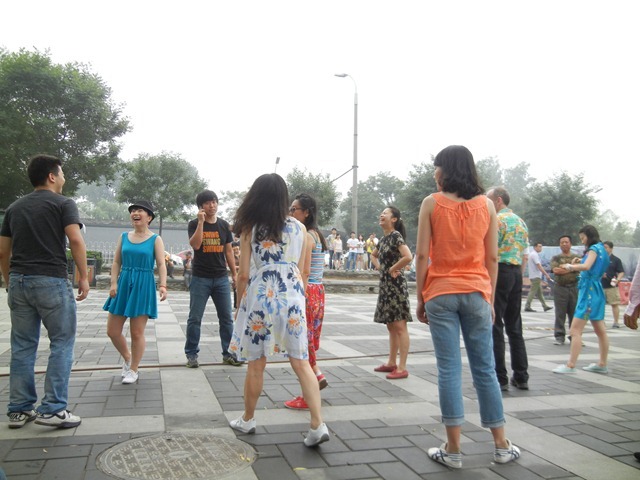 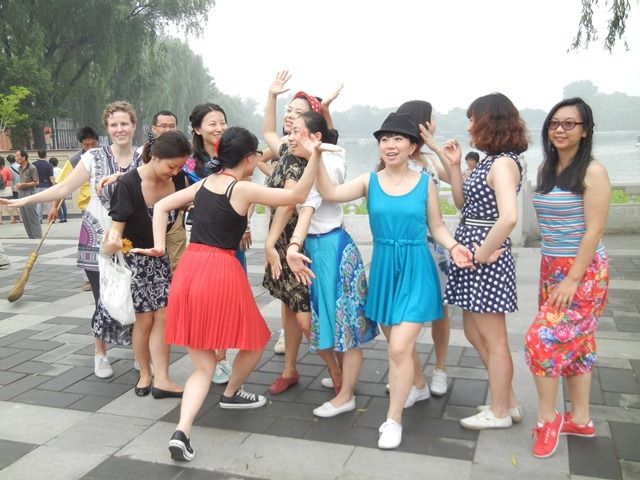 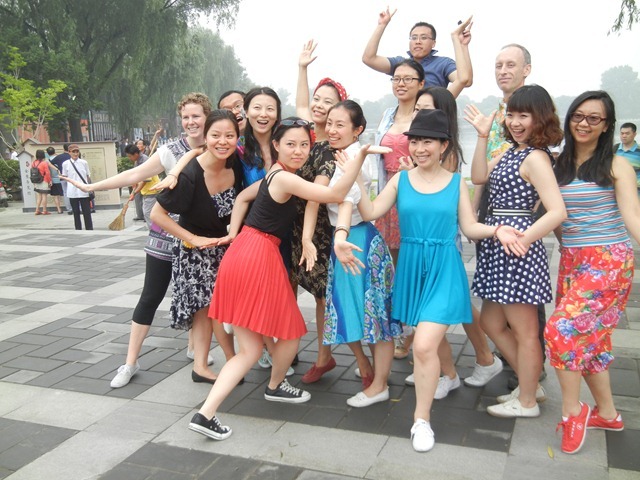 You think Asian guys are short? but they sure jump high 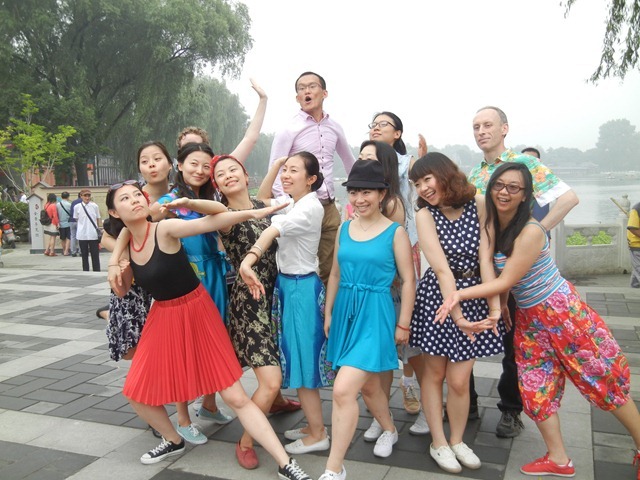 Anyother jumpy Asian behind the girls. 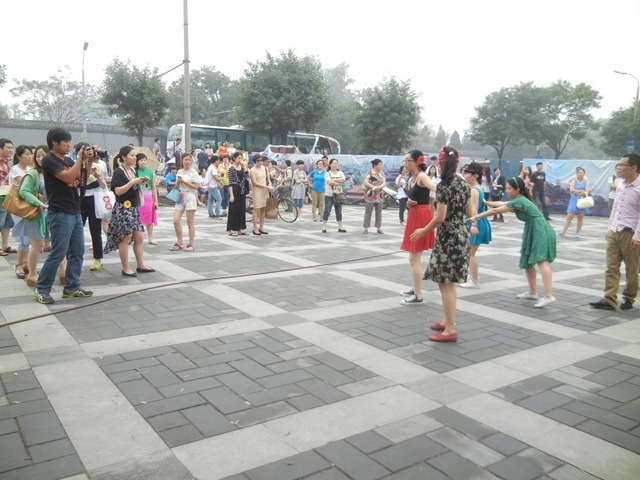 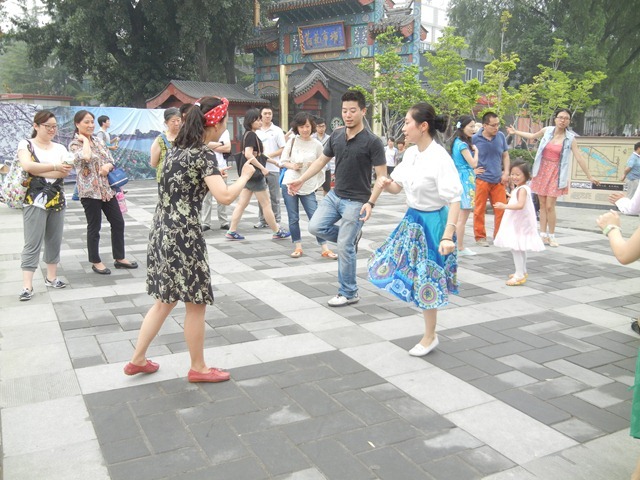 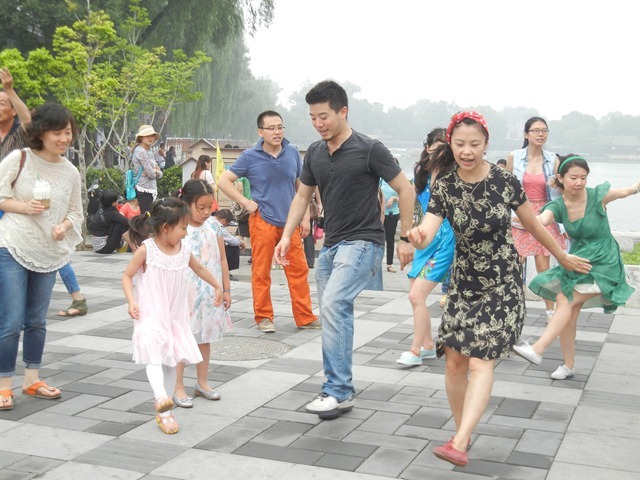 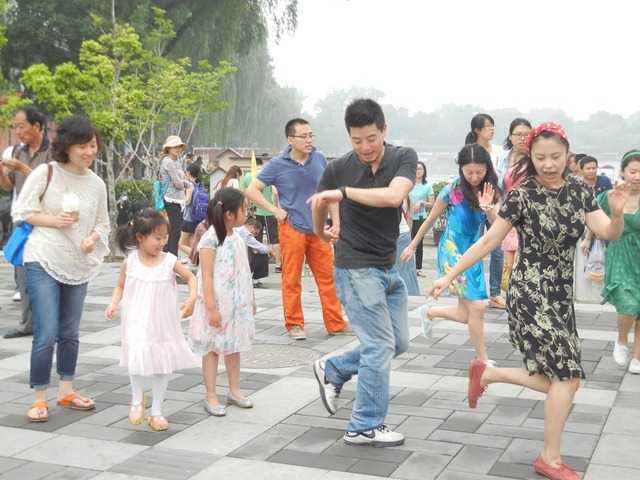 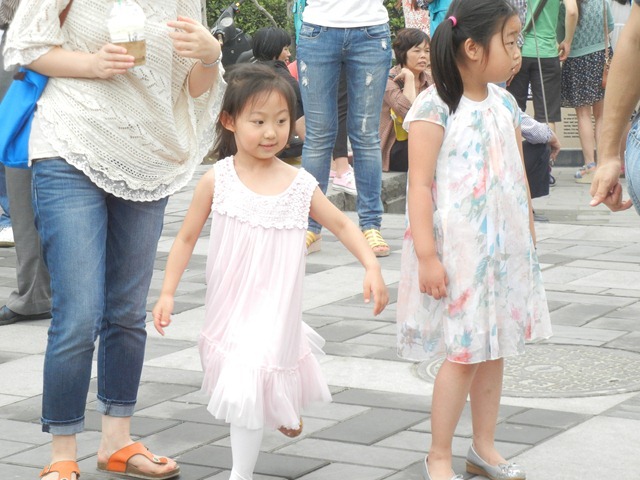 Even kids can tag along 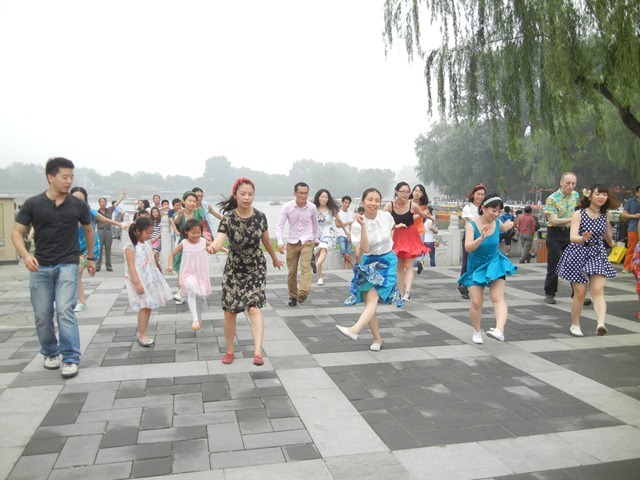 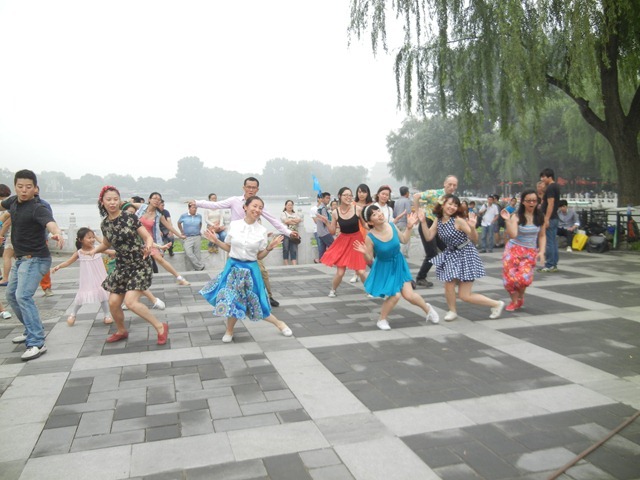 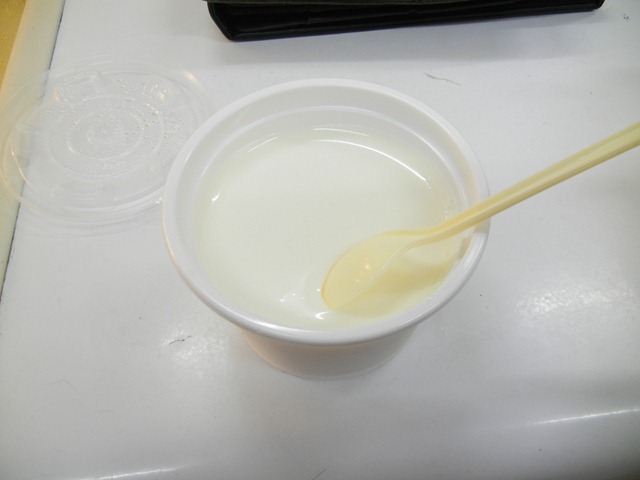 Afterwards, we went to get the Beijing yogurts.  I pass by these yogurt shops every weekend when running around touristy spots in Beijing and never knew why they are there. Boy were they good! 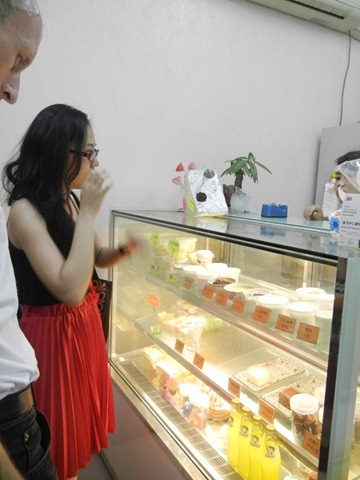 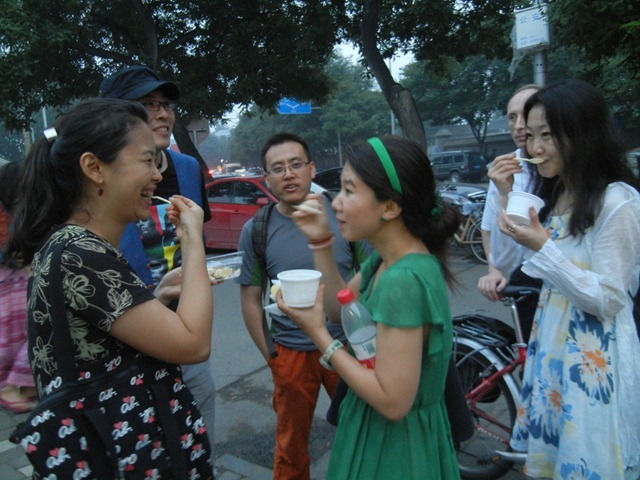 You think a Saturday evening is crowded? but it doesn’t stop the girls enjoying themselves standing around the streets with their yogurts.