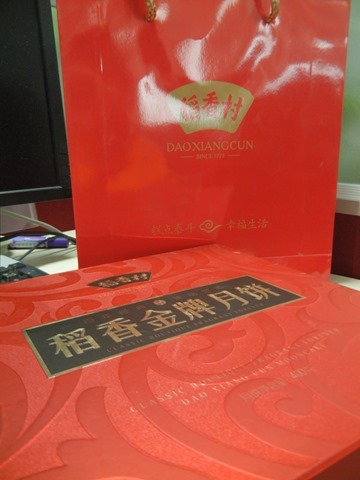 It’s that time of the year again!  All I could think of Mid-Autumns Festival is the yummy moon cakes.  Last year was the first time in a long time that I get a free stream of moon cakes every day, and when they are here, there is no way I could say no…. As the result, I built an impressive record of 3-4 moon cakes everyday during the festival period.

My company gave me the first batch of moon cakes this year. You could tell from its luxurious wrapping that it’s from a top bakery in town.  Of course, it could be no other than Daoxiangcun Bakery.  This bakery has been around for hundreds of years, a definite choice when it comes to high-end moon cakes. 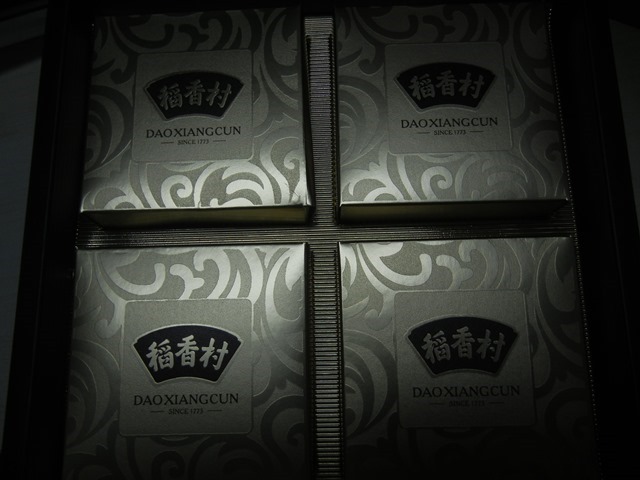 Though they came in a gigantic box, there are only 4 moon cakes per box. Ok they are huge, quality moon cakes, but you only get four rounds of fun. 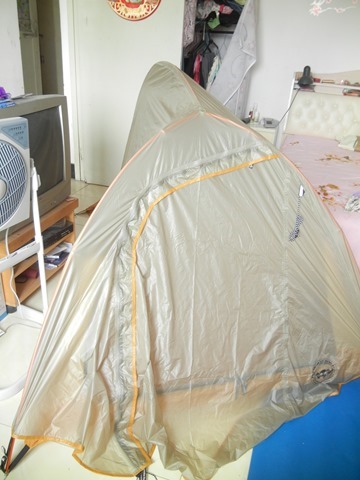 I finally got my dream tent in Beijing.  Ever since I have spotted it at REI (an outdoor sports shop in the States), I have been thinking about this Big Agnes Fly Creek UL II for a long long time.  Mainly because it’s super light and great for someone who can’t pick up a lot of weight like me. I also liked the fact that it’s super easy and fast to set up so that I don’t have to worry about suffering from 70kph wind in the mountains for too long. 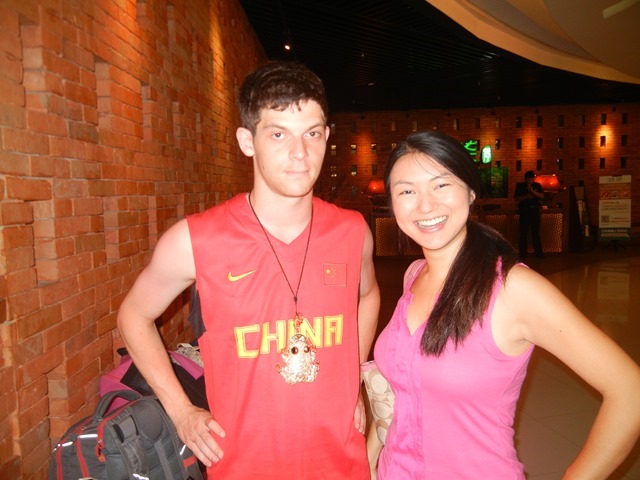 Jamie said I could join one of his friend’s music video shoots. There I met Jesse (above), a Fulbright Scholar studying xiangsheng (Chinese standup comedy) in Beijing.  He gave us countless laughter and hours of fun while making his next bilingual music video, a parody on Chinese society.

You could check out his other video Laowai (Foreigner) Style, a parody on Gangnam Style. 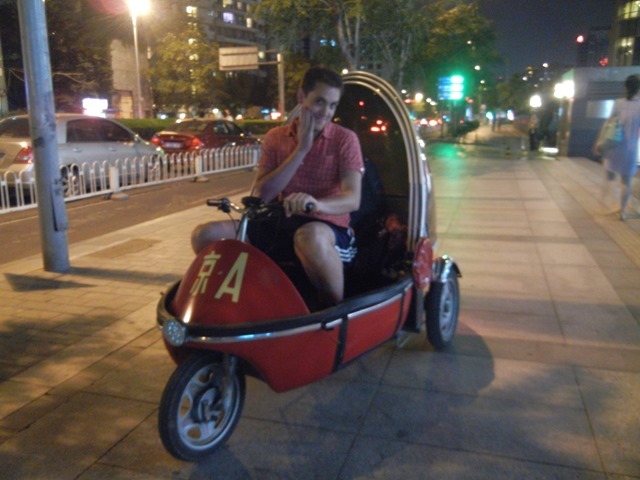 Richard has the coolest vehicle in Beijing, a remodeled electric car that looks futuristic and does a bit more than what an ordinary one could do.  The hood in the back could come all the way to the front with a push of a button, so that you could drive to anywhere with this bullet-looking vehicle under any weather. 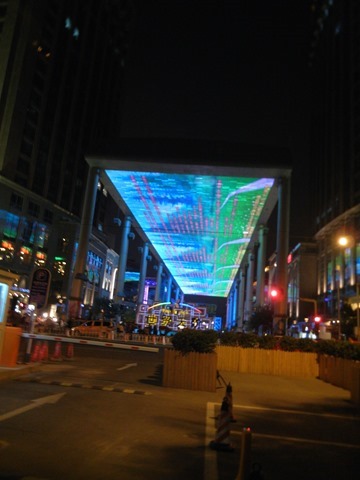 After an awesome dinner at Green Tea café, we headed over to THE PLACE for the next video scene. 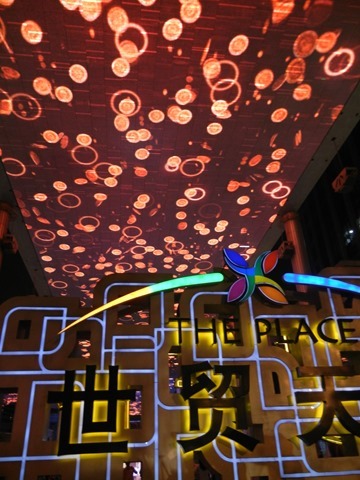 This shopping mall is noted for its gigantic digital TV screen roof. 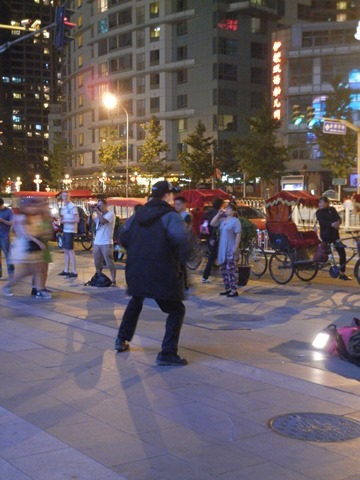 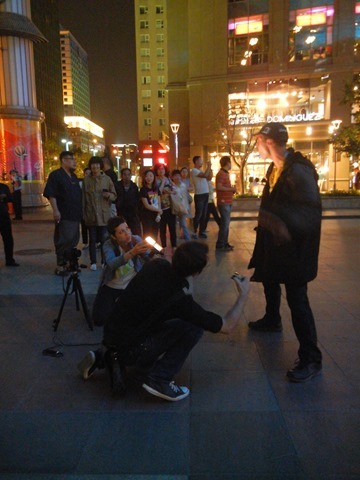 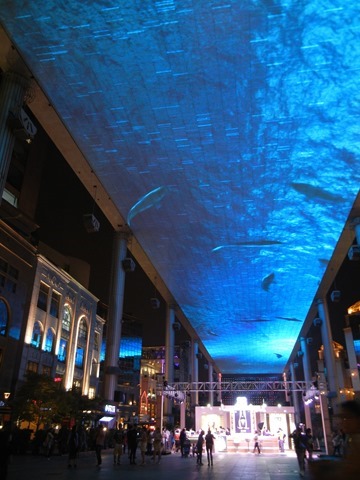 Besides commercials and promotions, the digital roof also has a few “screensaver” backgrounds.  This one is what I call “underwater”. 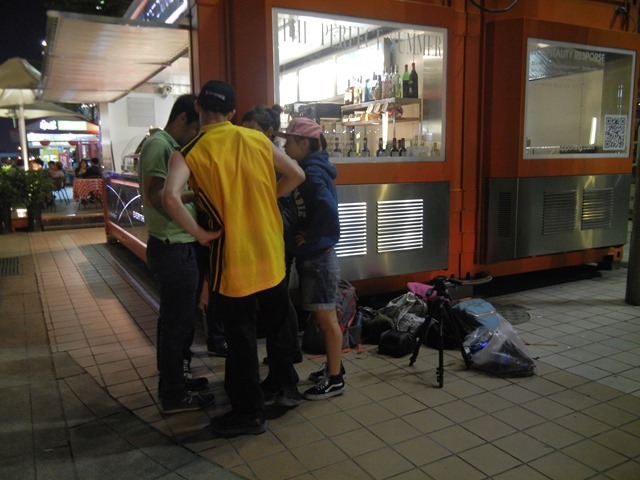 Checking out the videos.