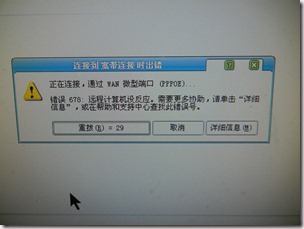 Femi was right on my troublemaking skills…. I had internet problem in my aunt’s house, while I was fixing this problem, I broke their connection as well.

My aunt was obviously not happy…. 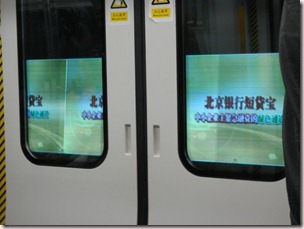 Found these laser advertisements poping up next to the train window while the metro was running…. 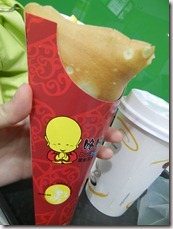 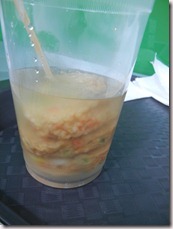 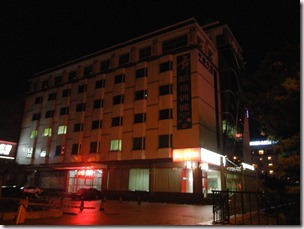 I heard many things about lindyhop in Beijing, so one night I decided to stop by their classes.  Turns out tonight their class was in this building right next to China Dance Academy, and the entire building were different dance studios…. 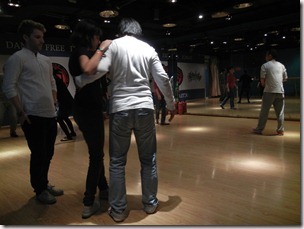 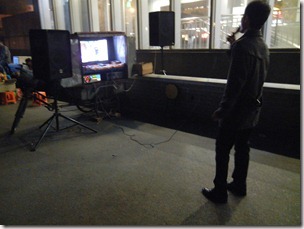 One evening as I walked by the metro, I found a little karaoke stand next to the station. People pay and and take their turns to sign along with the TV set up outdoor 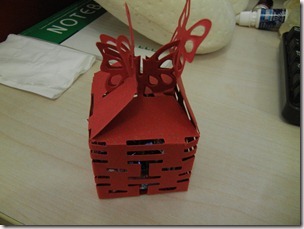 Another person got married in my office, I love the box made from the Chinese paper cutting.  Now I really liked people getting married here… 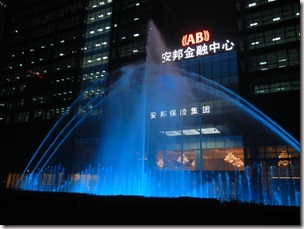 The fountain not far from my office building reminds me of Vegas somehow…. 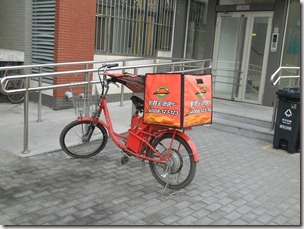 PizzaHut delivery bike not far from where I live 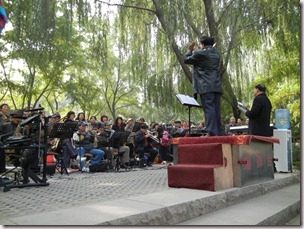 Weekend is here… I found a group of elderly choir singing in the park.  The weather was just perfect.  Their patriotic songs attracted a huge crowd.. 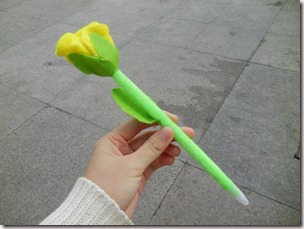 Another thing I liked about China, these little gifts are neat to give out from promotions.  Like this one… a pen made like a flower 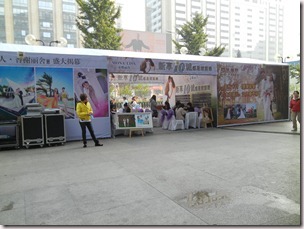 and the promotion isn’t bad either.. a photography shop doing 50% off per session 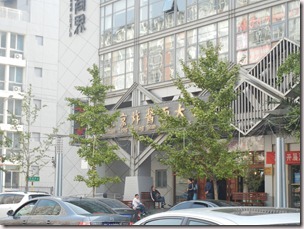 Next up, my colleague at work promised to show me some genuine Beijing fried soybean noodle.  So we went to Old Beijing Fried Soybean Noodle Restaurant as our stomach started complaining. 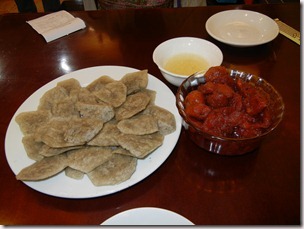 Some traditional Beijing Snack.  The grey one is the fried sausage with its yellowish ginger dip in a small bowl next to it.  The red one is the Red Shanzha fruit – very sweet. 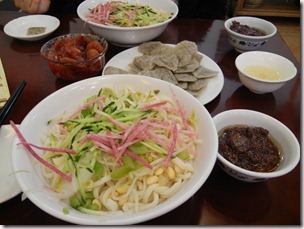 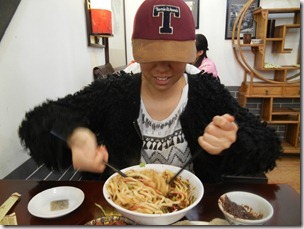 and that’s how you mix it.  Take chopsticks apart, and..well, mix. 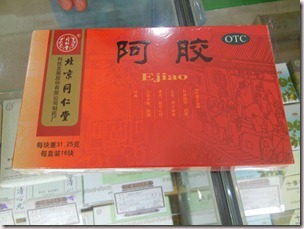 Trying to get my grandma some nutritious stuff, so this Chinese medicine is actually USD100 per pound…well, let’s hope that’s really worth it.  No, I did not get her this box.  I got a smaller box, if it works, I’m considering upgrading to this one… 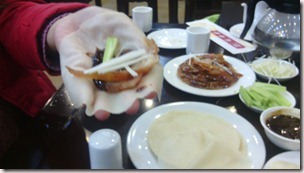 Then Sunday I got myself another famous Beijing dish.  Peking duck, you are suppose to roll the duck with a bit of sesame sauce, onion, and bean sprout in a thin flour wrap, kinda like a small burrito, if you know what I mean….