I know this has been quite a bit late, but I had the hardest time recovering from my jetlag and then I got sick for 2 weeks (and still sick right now)….  Sorry for all the delays! 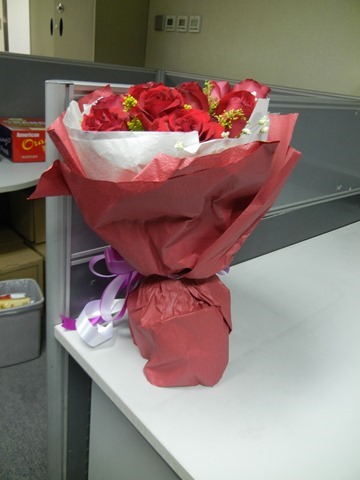 A bunch of flowers for Valentines Day, guess who it is? 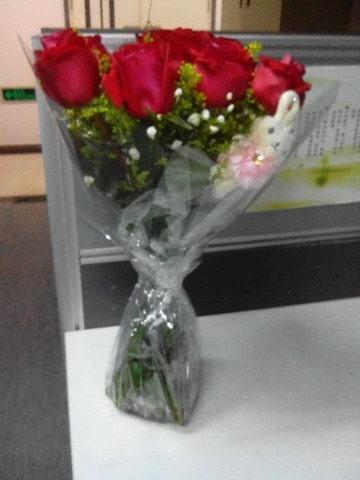 the flower shopkeeper even called to ask if I liked it.  It looked much better after I unwrapped it. 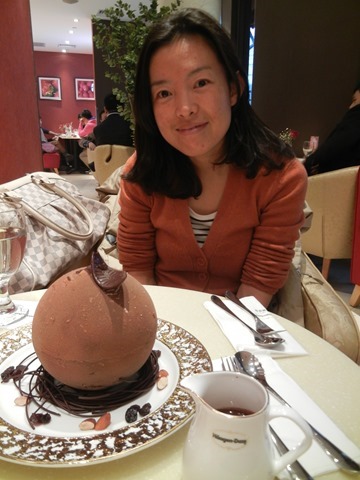 Hanging out at Haagen-Dazs, had one of their most popular ice cream combos. 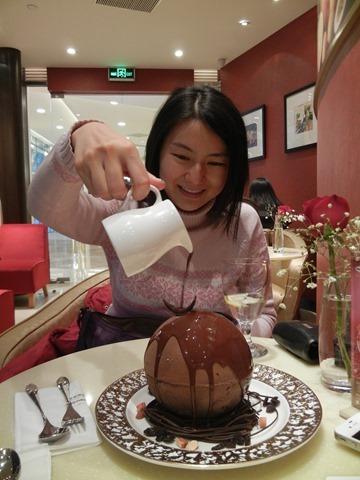 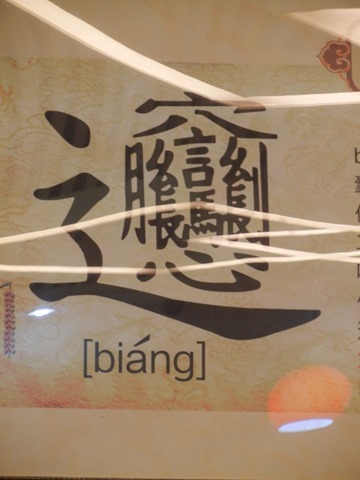 Found this word at a noodle house – one of the most complicated Chinese characters I’ve encountered so far – it’s actually describing a type of noodle dish… why didn’t the communists simplify this character during the Cultural Revolution is beyond me…. 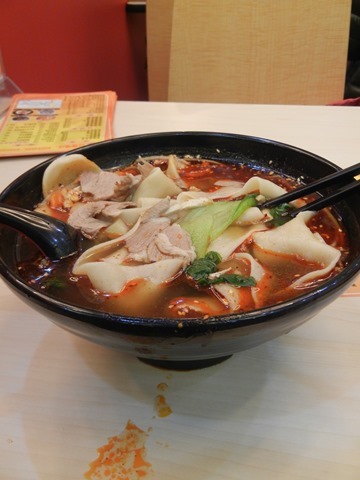 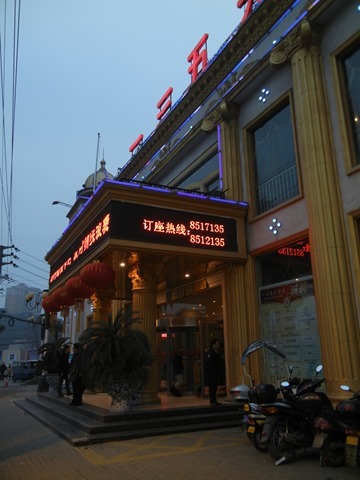 I arrived my third grand aunt’s house in time for her birthday.  The party was held at the 135 Restaurant – needless to say, that’s why their business numbers end in 135. 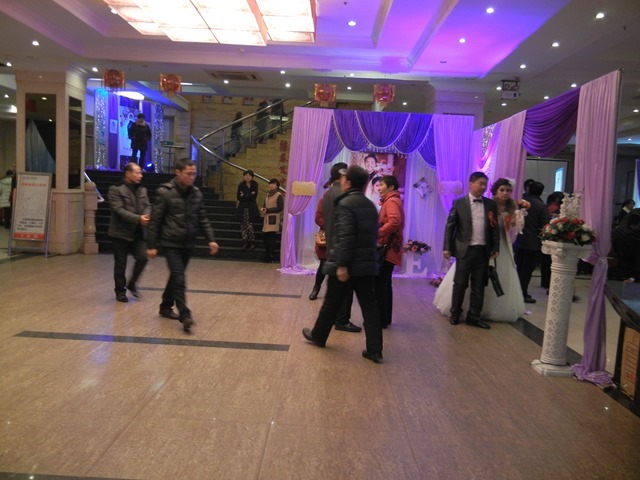 Looks like my grand aunt’s party isn’t the only one in the dinning hall, there is a wedding going on right when we stepped in the door 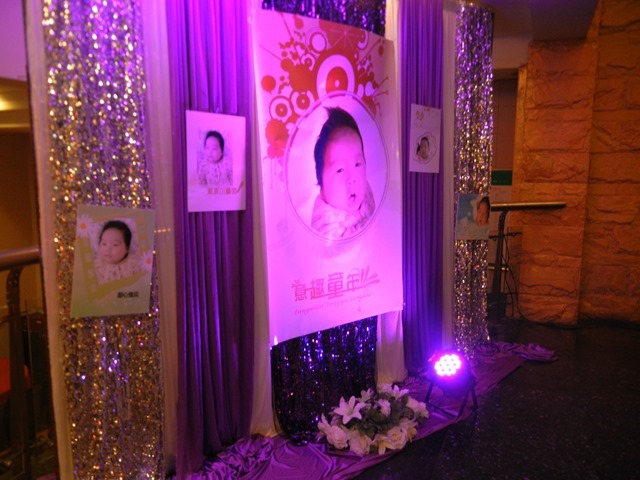 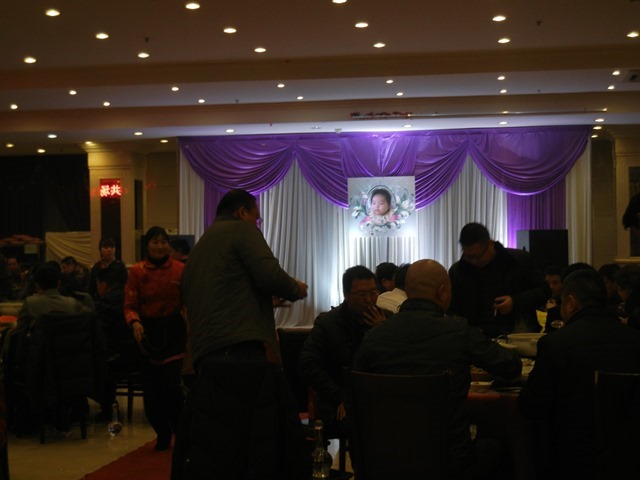 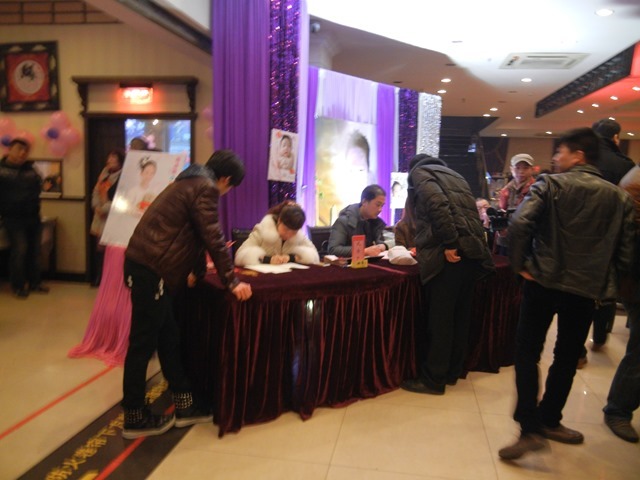 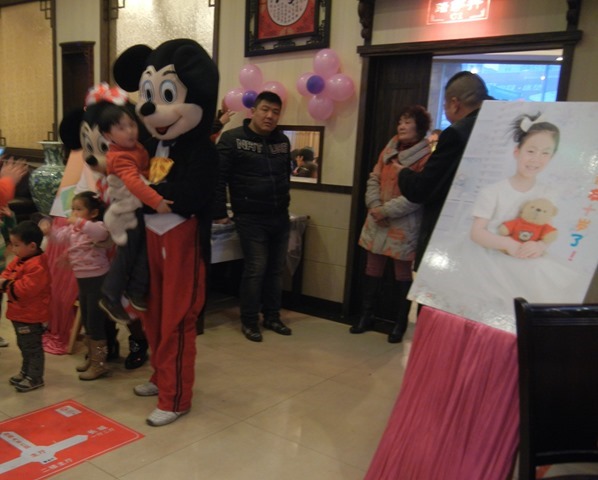 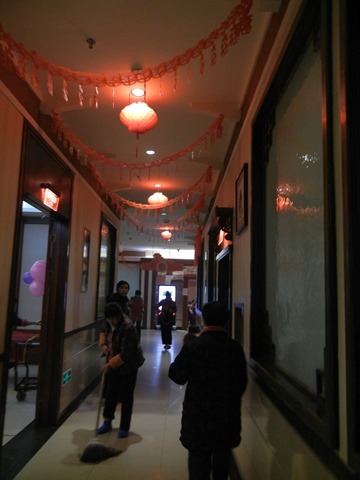 Then we entered a long hallway, apparently our room is reserved at the end of the grand hall. 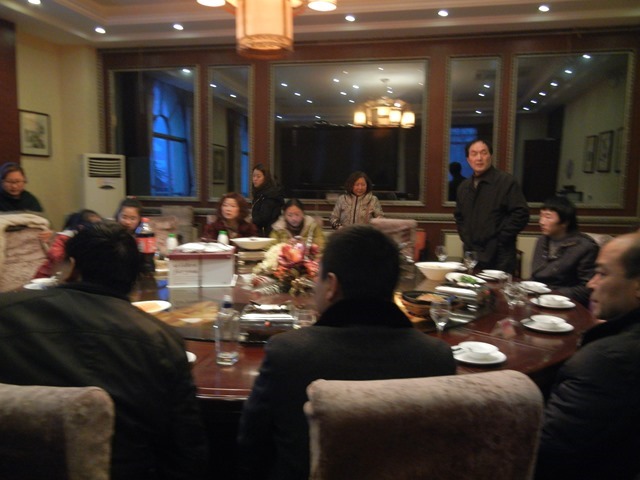 My relatives, everyone of them…but I only know half of them. 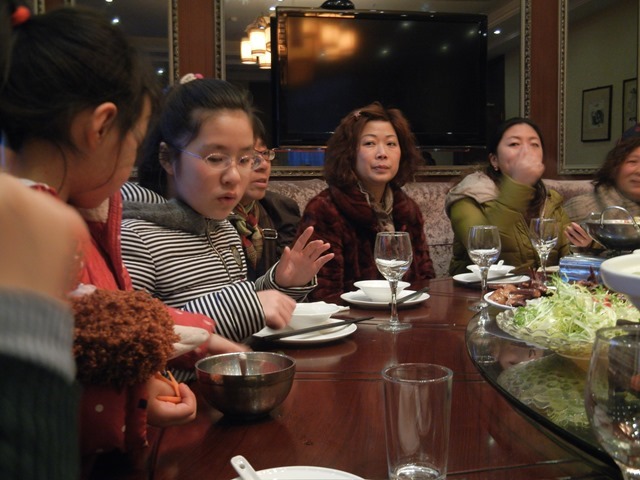 I’m the oldest in my generation, next in line is only 15 years old. 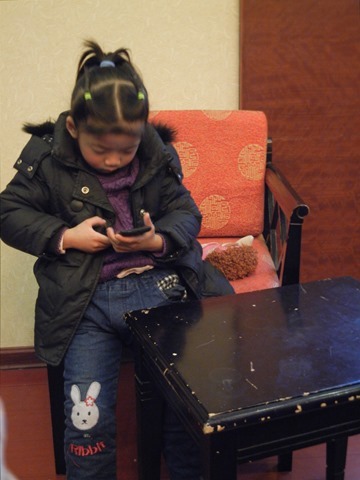 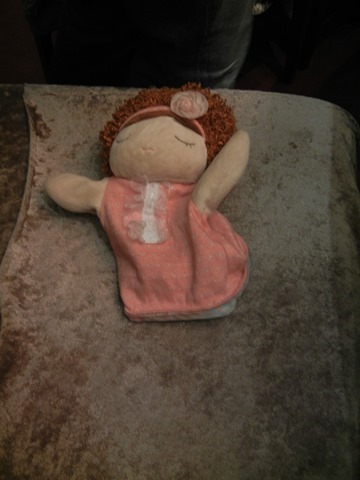 Her puppet doll laying quietly by itself. 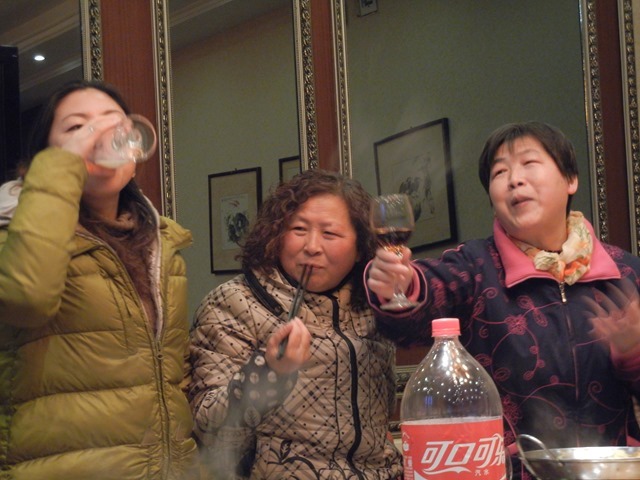 Toast for my third grand aunt – who happened to be a year or two younger than my mom! 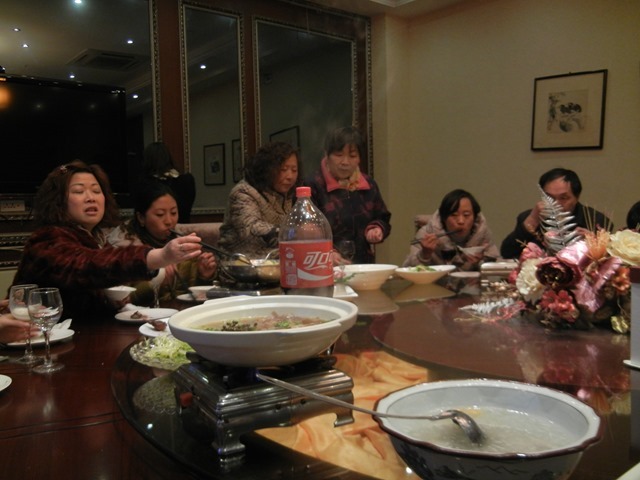 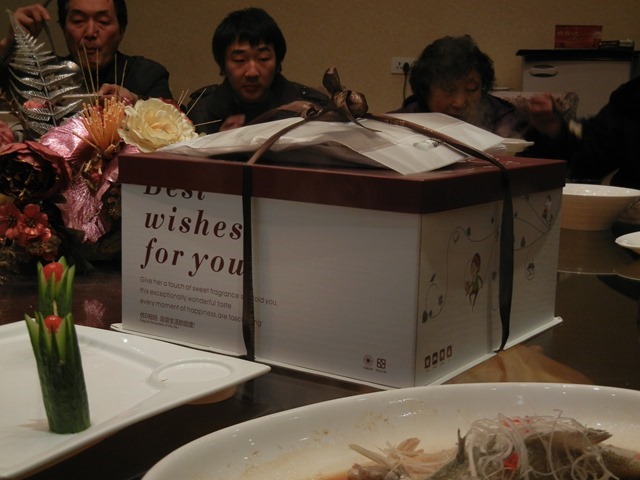 We all wondered what’s in the cake 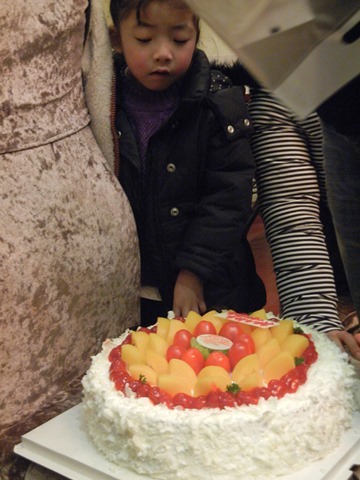 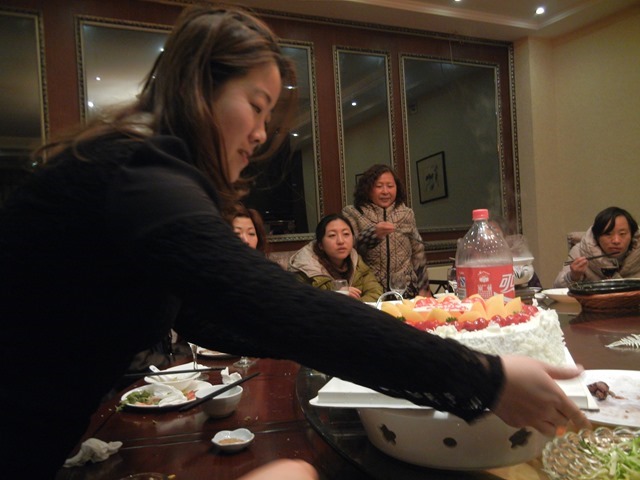 “We don’t have room to put this cake on the table!”

“Put it here, on this big bowl”

“Of course it will!” 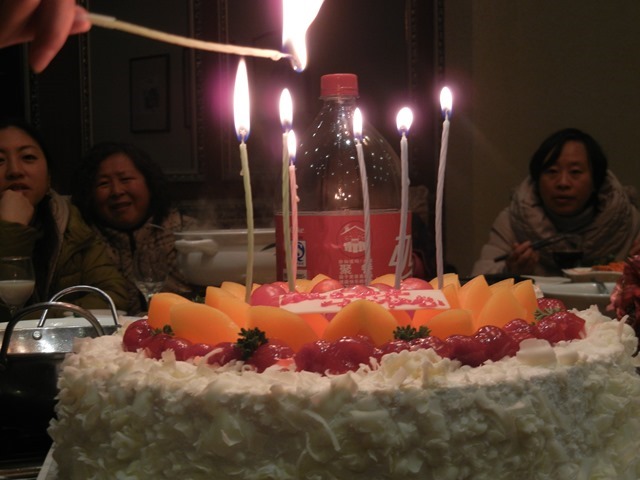 Lighting up the candles. 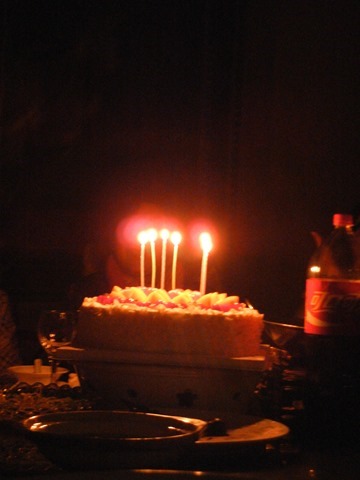 No one sang birthday songs, we all just waited for her to blow the candles out. 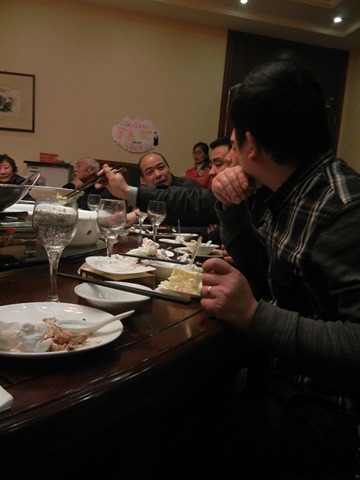 For some odd reason, all the guys are sitting on this side of the round table. 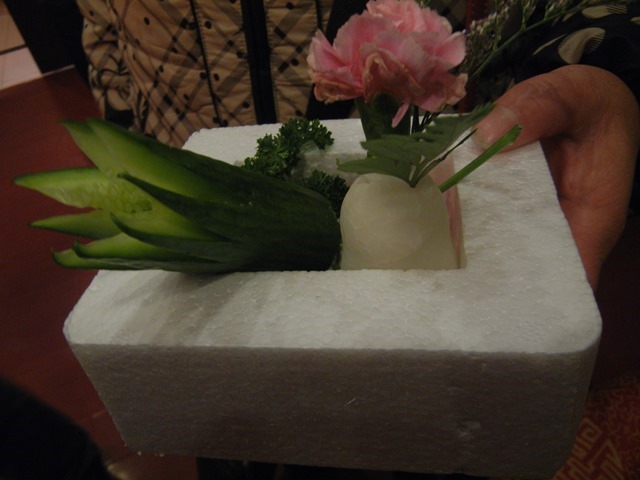 Food sculptures are perfect toys for children to play safely.