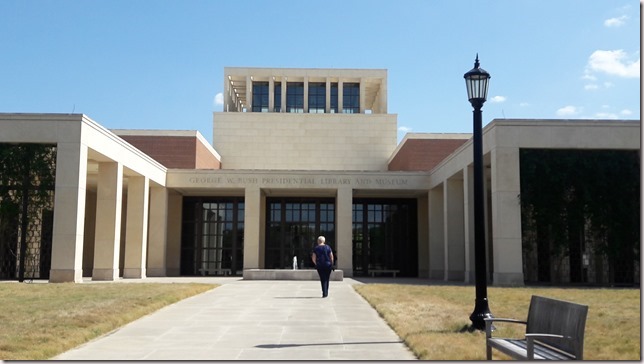 Yuxiang, a SMU student who is the nephew of a friend from alumni association, said his school is the home of the Bush Presidential Library. So I decided to take a look. 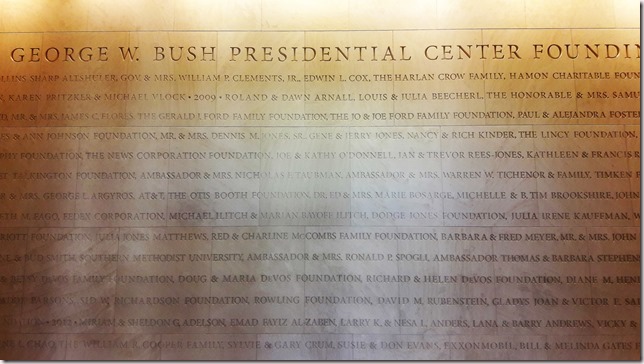 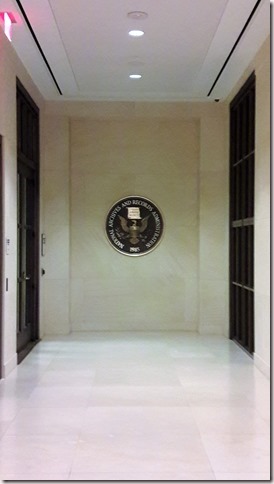 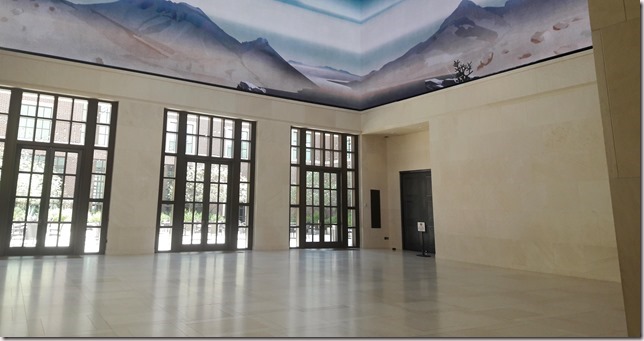 Due to budget issues, the presidential library since Bush times are smaller than their predecessors. 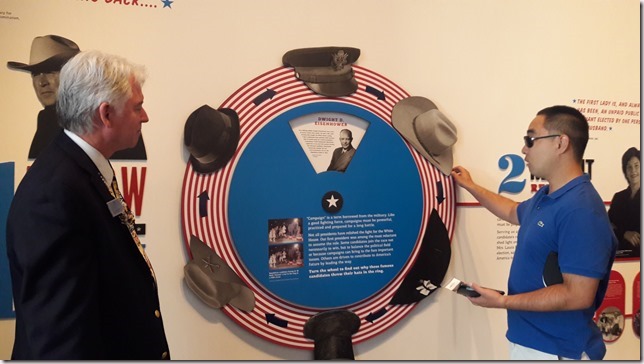 Exhibition of the month: Election.  Which president’s hat is it? 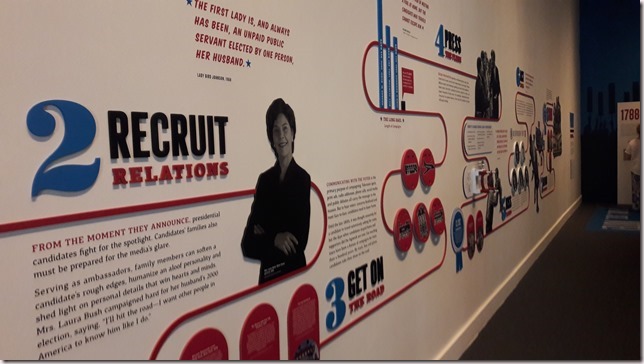 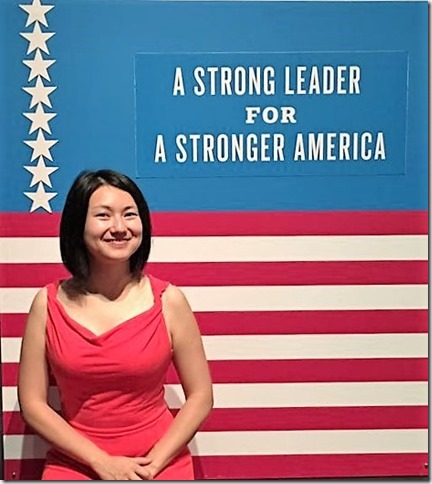 A stronger leader for a stronger America. 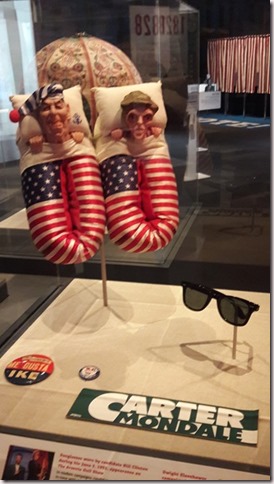 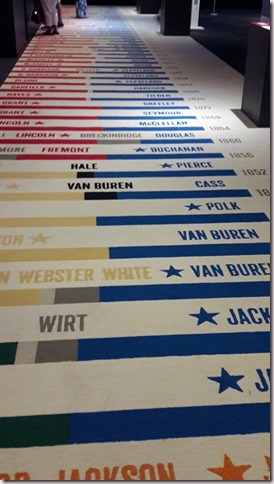 Results of each presidential election. 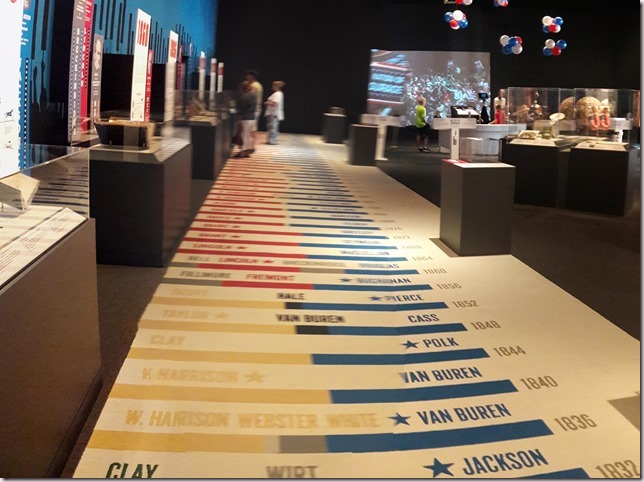 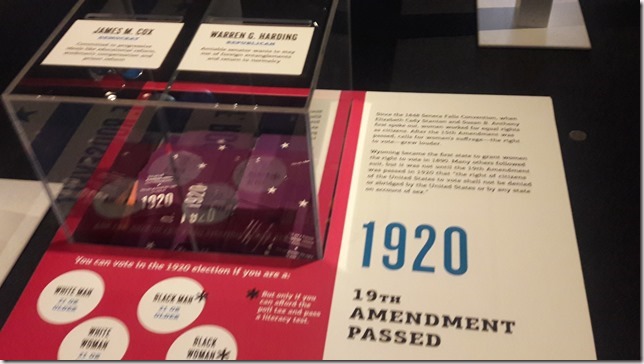 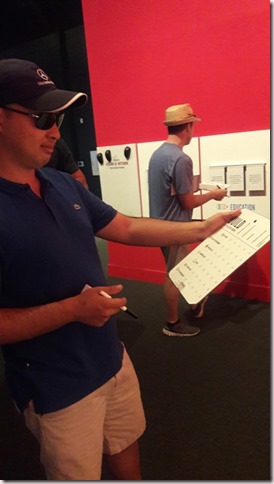 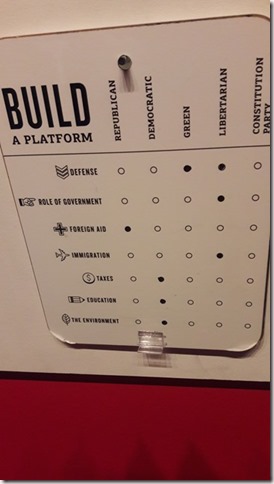 Are you a Democrat, Republican, or….? 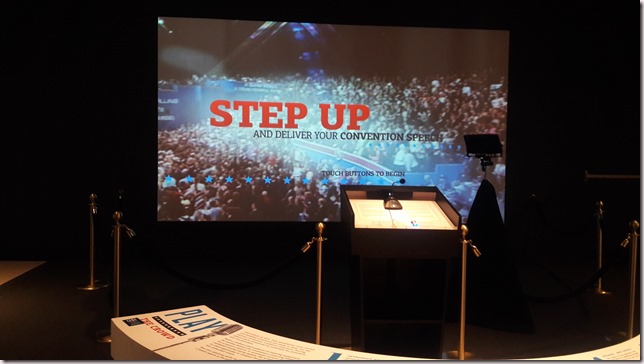 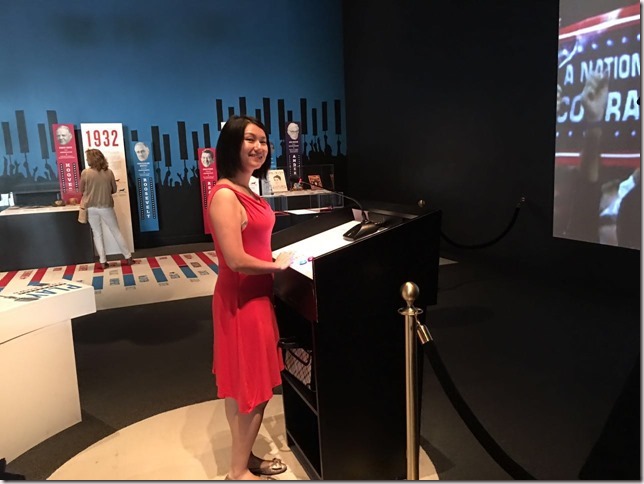 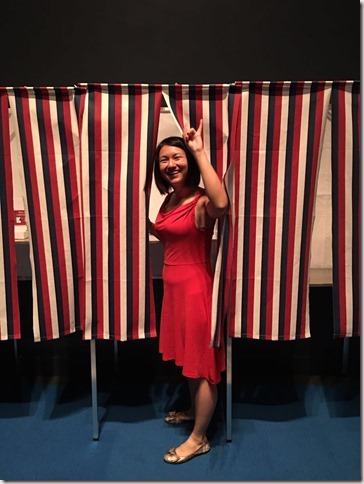 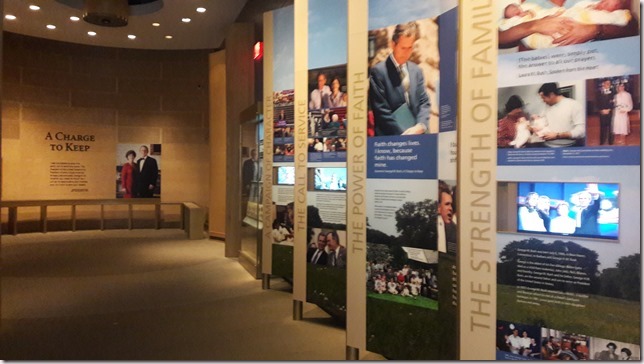 Moving onto the permanent exhibition. 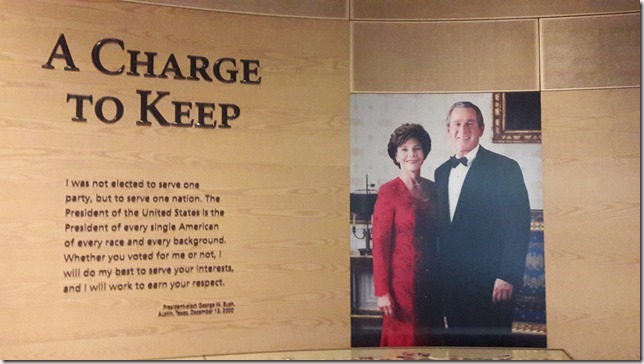 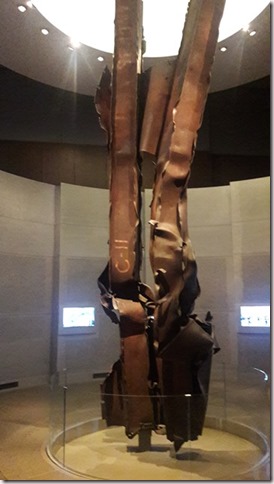 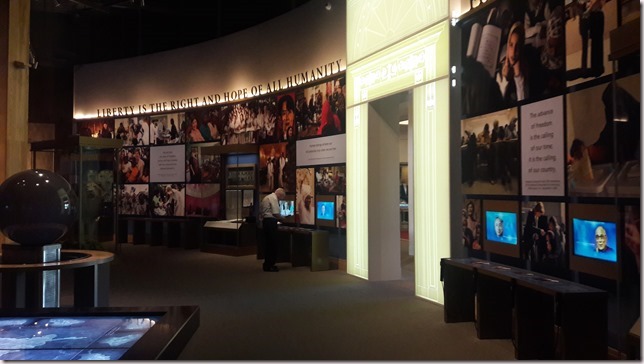 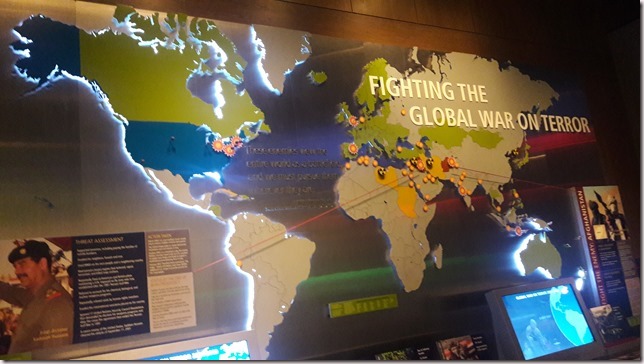 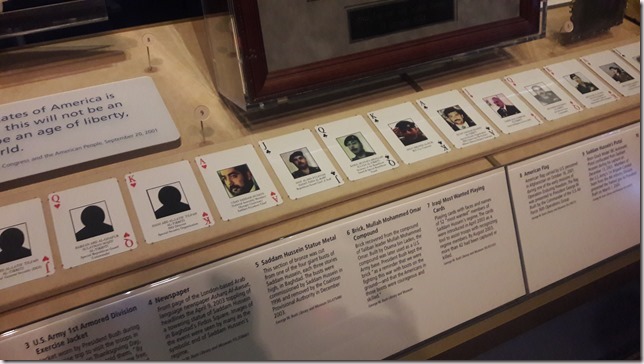 Leaders of terrorist organizations in a deck of cards. 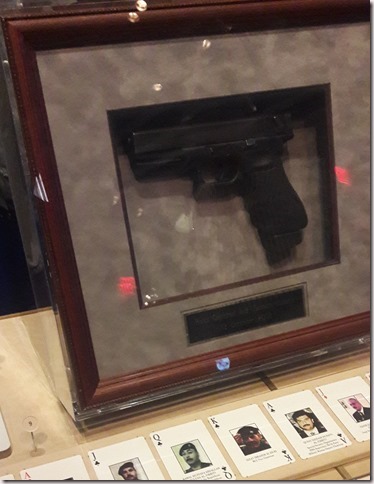 Gun found on the body of Saddam Hussein when he was captured.

The full-size replica of the White House Oval Office. 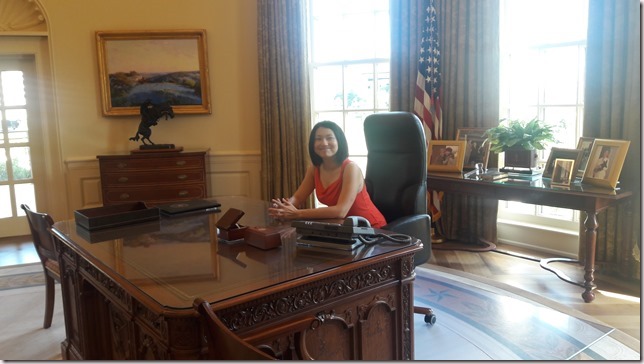 Me as the president 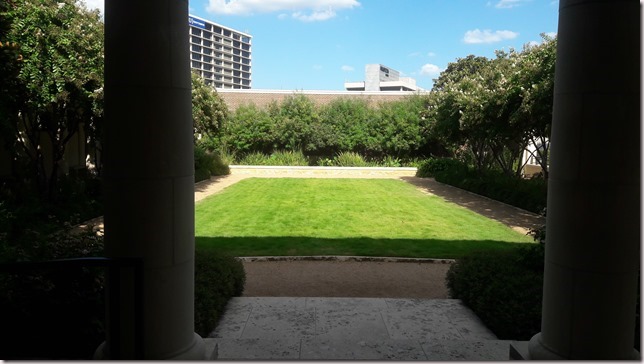 Lawn right outside of the Oval Office replica.

Memorabilia from the Bush Jr. Presidency.