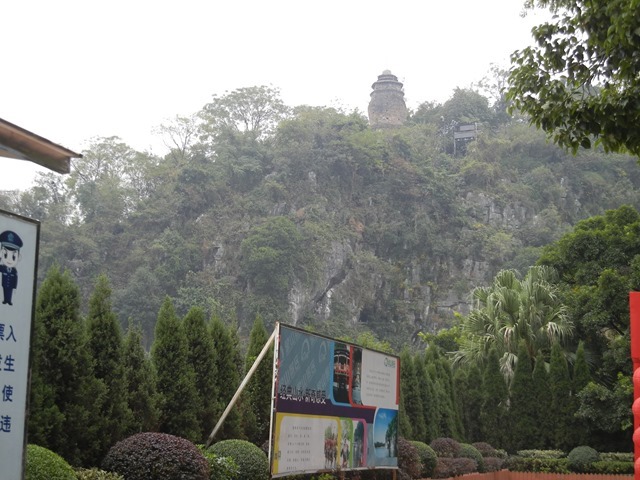 The first thing after we have returned to Guilin is to visit the famous hill that shaped like an elephant trunk.  Which is now made into a park that charges an exurbanite fee to visitors. 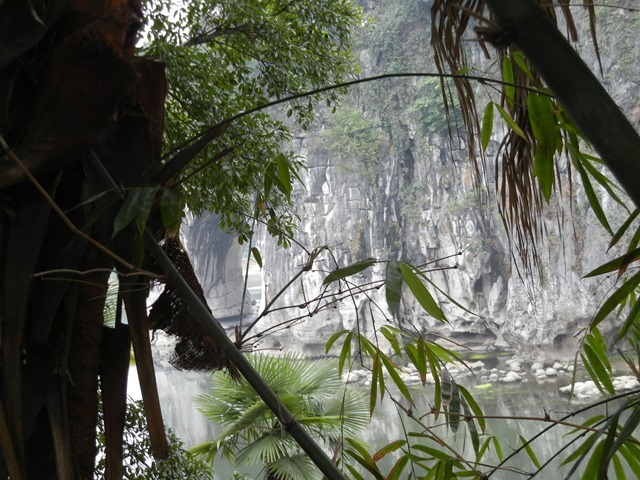 The best place to see the elephant trunk hill is used to be here, but the park management has planted bamboos along the way so you had to pay the exurbanite park entrance fee in order to see it. 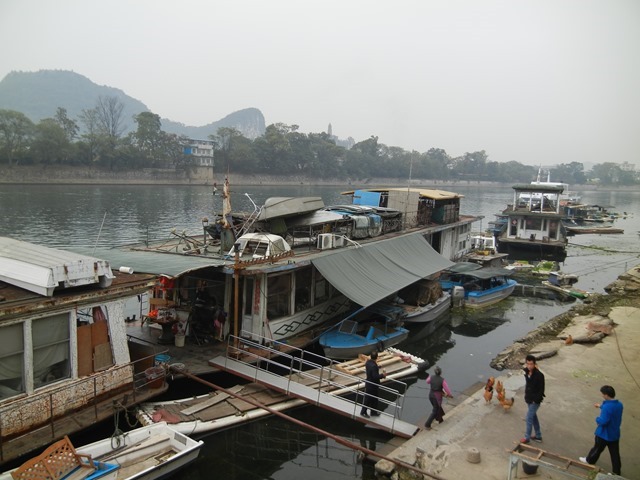 In defiance, we decided not pay the park entrance fee. Instead, we paid for a boat to take us to the park on water. 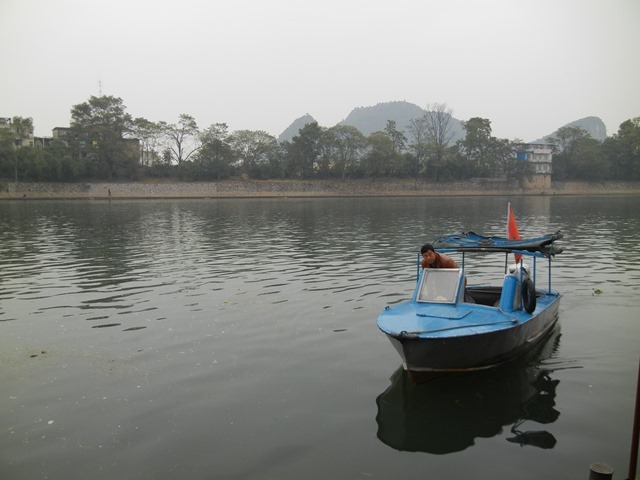 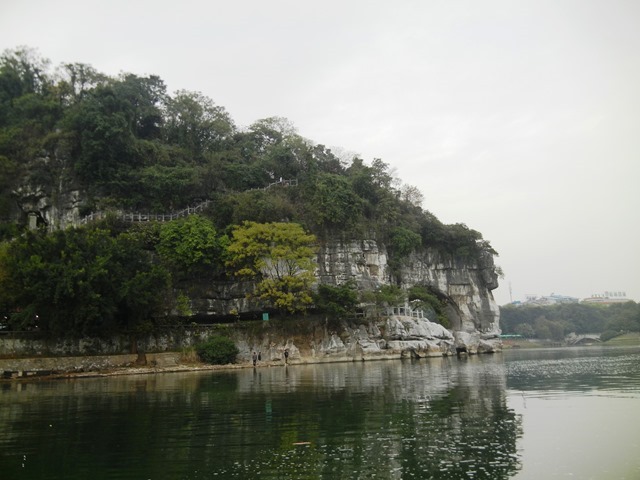 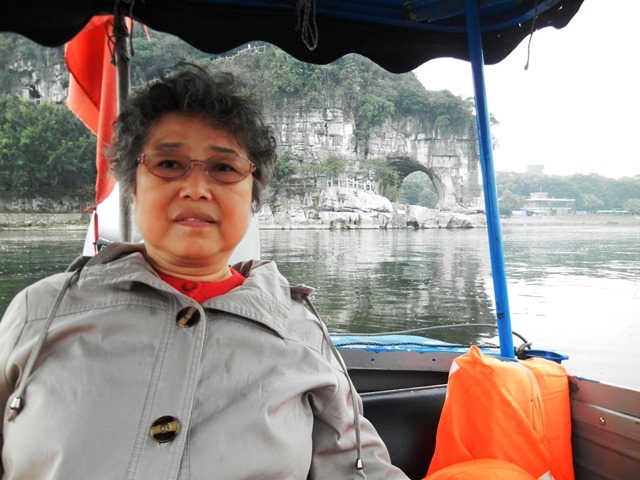 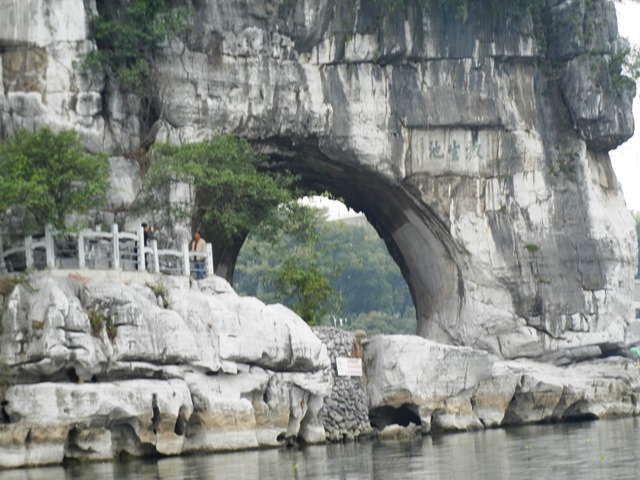 folks in the park could reach the end of this trail and see the elephant trunk right under it. 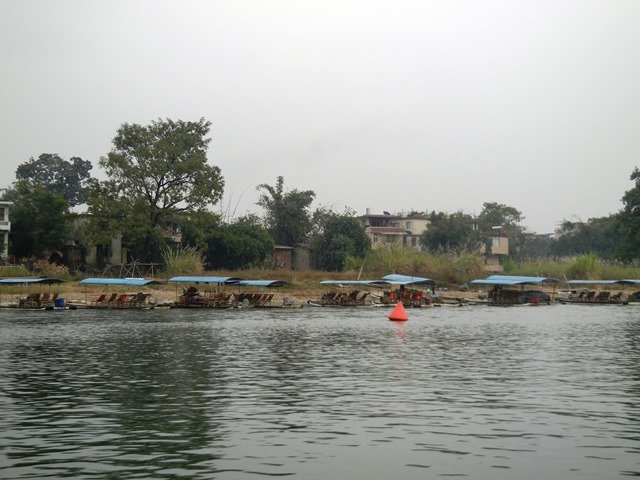 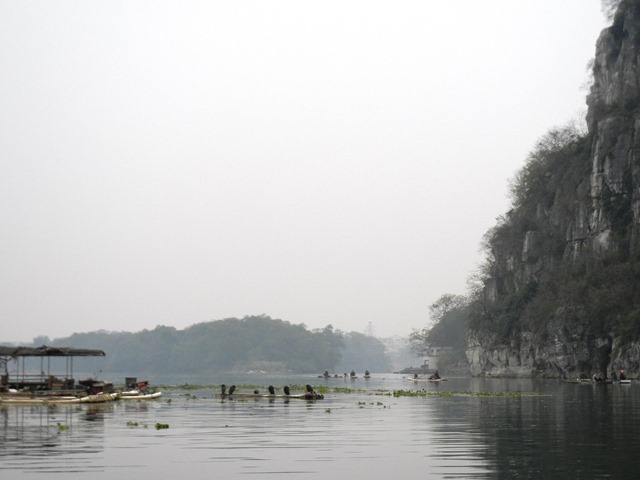 Fishermen and their birds 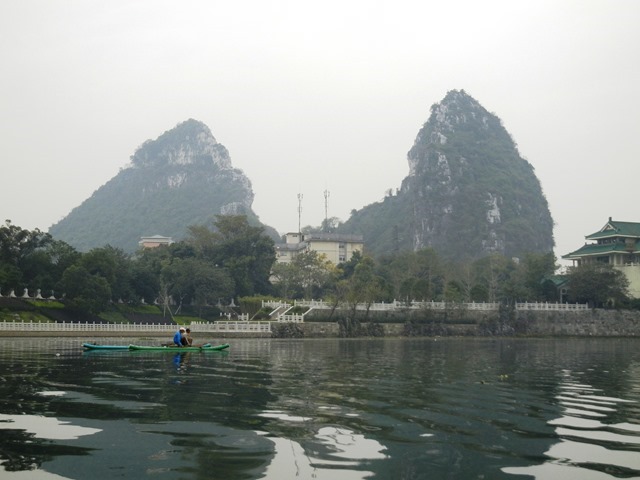 Two guerillas looking at each other. 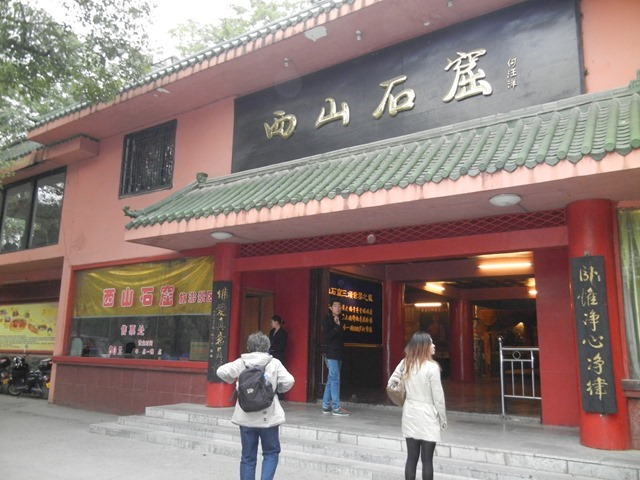 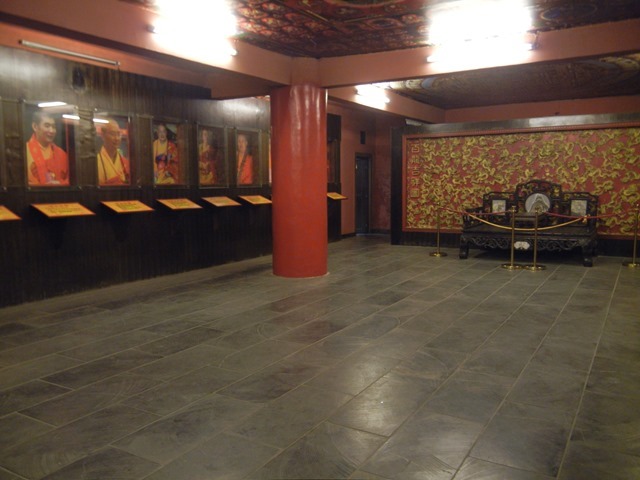 The cave was carved out by a monk after his studying in Japan during Tang Dynasty a thousand years ago. He spent a year in this cave carving out the Gods and Goddesses in his mind.  After he finished his work, he sealed the cave and it wasn’t discovered until a couple years ago from housing development. Because it was discovered after Chairman Mao has passed away, it dodged the destruction from Cultural Revolution which many cultural relics did not survive. 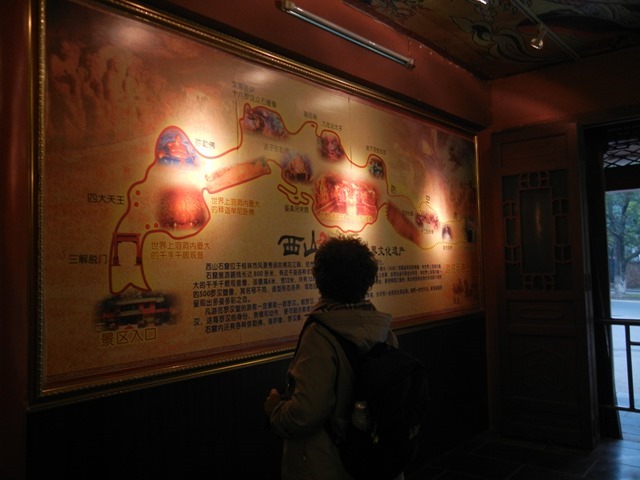 A simple map of the cavern. 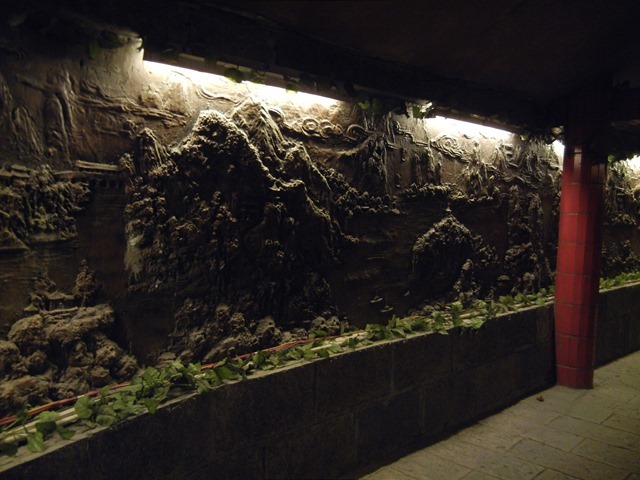 Entrance is a relief depicting life of different Buddha. 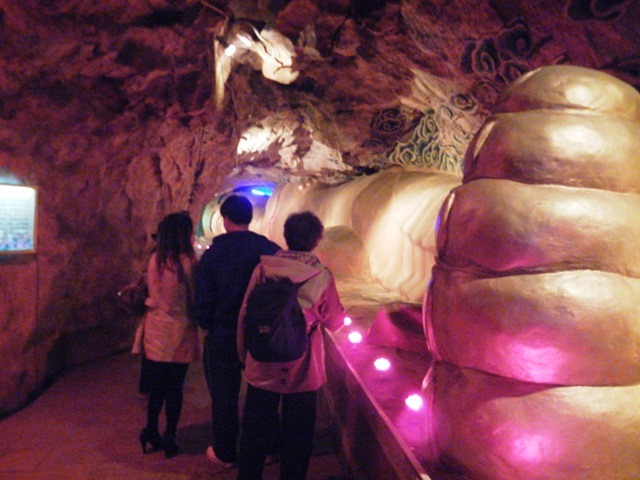 A gigantic Buddha sleeping, carved from natural stones in the cavern. 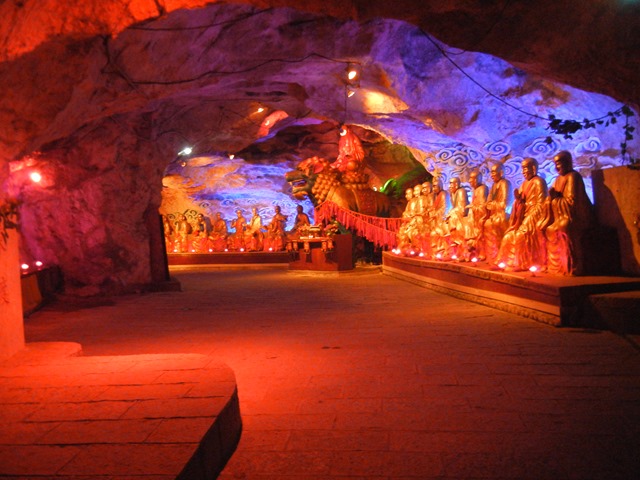 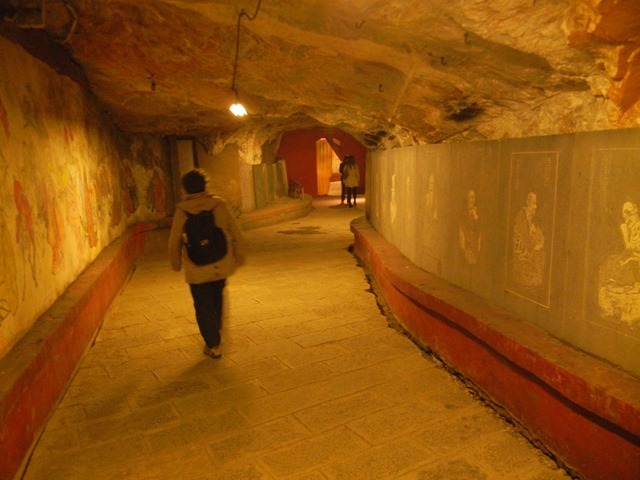 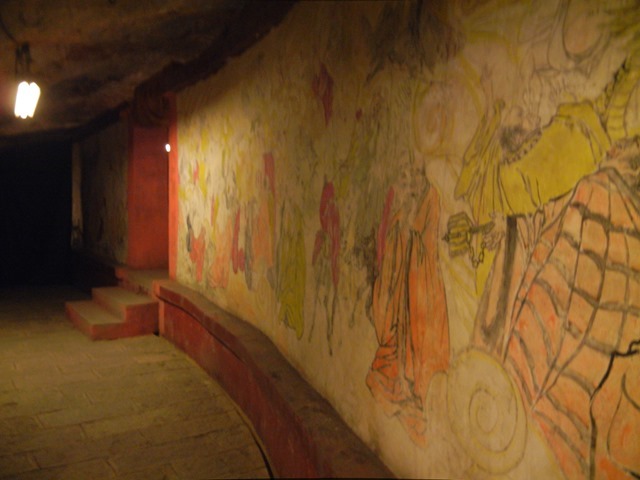