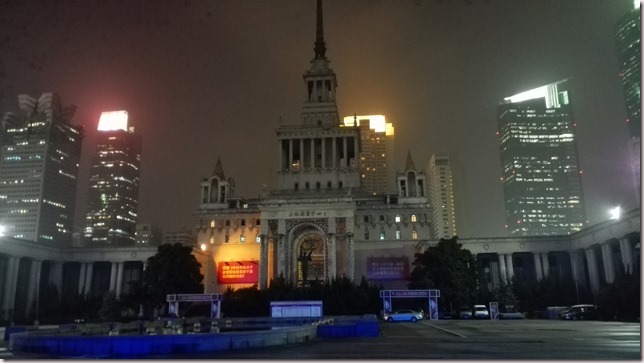 Already been in Shanghai for a month, still a fresh newbie.  Heard there was a walking tour next to the Shanghai Conference Center.  I have never really visited the Jing’an Temple area.  So I found the huge classical conference center and jumped in the fun. 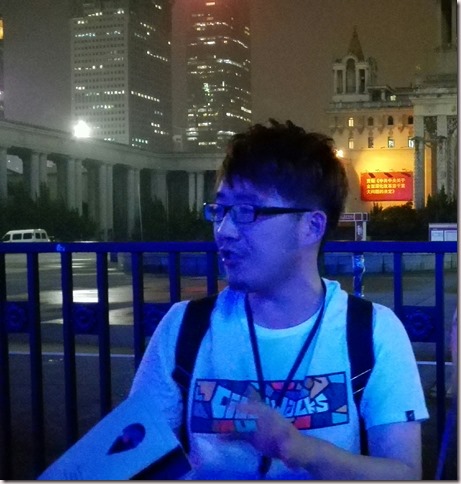 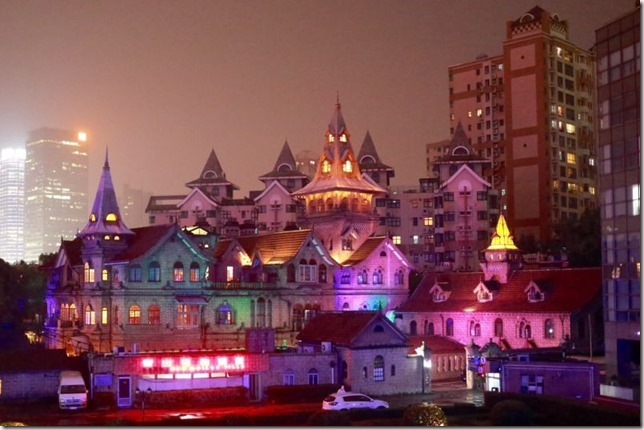 About 10 minutes into the tour, we stopped by Moller Villa, the legendary fairytale house in this busy world hub.  It was the home of a rich colonialist a hundred years a go.

So how did someone’s built a fairytale house in the middle of a busy city? The villa was built by Eric Moller, a Swedish shipping magnate, in 1936. He first got his fortune in betting on the horse races.  One day his youngest daughter told him about a huge house in her dream.  Moller asked her to draw it on a piece of a paper and then built it just like that.

Unfortunately China was not a safe place to stay during WWII, Moller only get to stay in this house for five years before he and his family had to flee out of the country. 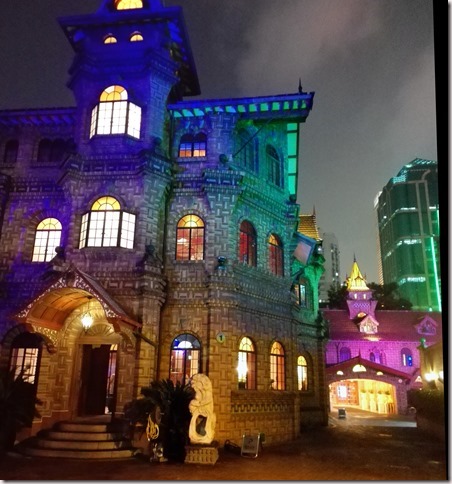 After the family fled the country, the villa was converted into numerous other purposes.  It was the Shanghai Headquarter of the Communist Youth Group at one point.  In 1980s, it was designated as a historical building and thereby went under renovation and protection. It was eventually converted into a high-end hotel.  Rooms there range anywhere from 200-1500 USD. 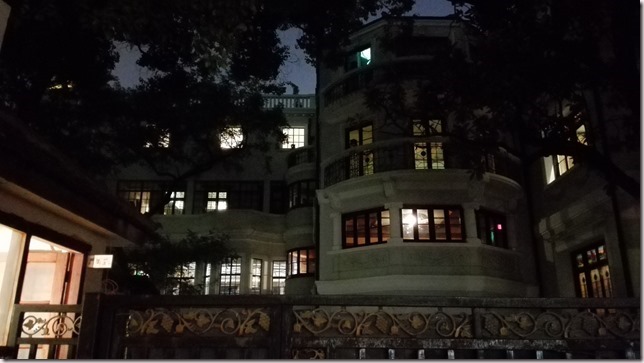 We then passed another impressive building, the house of the #1 richest Chinese family – House of Rongs – during the pre-war period. The Rongs have also assisted many war time efforts during the WWII.  Though none of their descendants live there now, one of their descendants, Rong Yiren, is the founder of ZTE in China 35 years ago.  When he found ZTE, he placed his office on the top floor of a skytower nearby, so that he can watch over this house from where he worked. 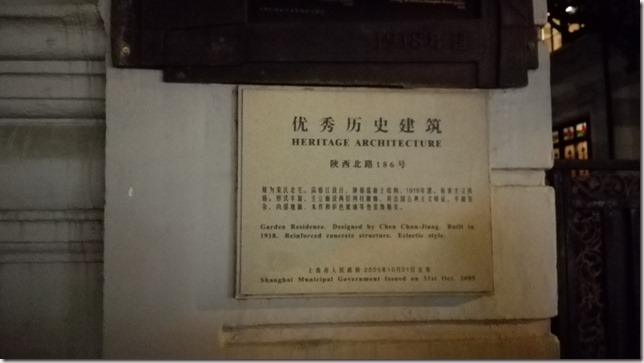 A plaque dedicating to the family’s contribution in the history of China. 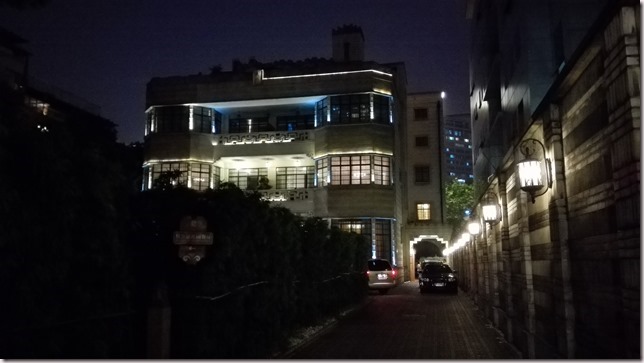 We then passed another villa, which happened to belong to the grandfather of I.M. Pei, the famous architect who designed Louvre Pyramid. Pei’s ancestor were notoriously rich in Shanghai.  They were forced to leave China when Nationalists defeated. 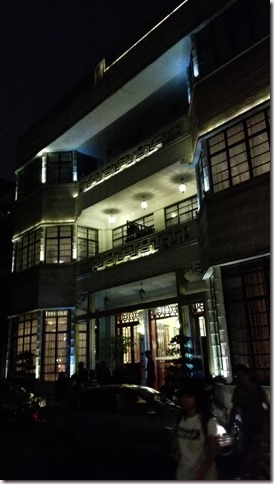 This building is also converted into a high-end hotel. 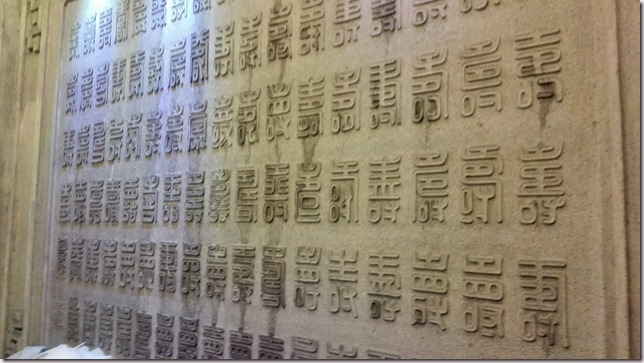 Across from the building there was a wall with character “longevity” written in a hundred different ways. 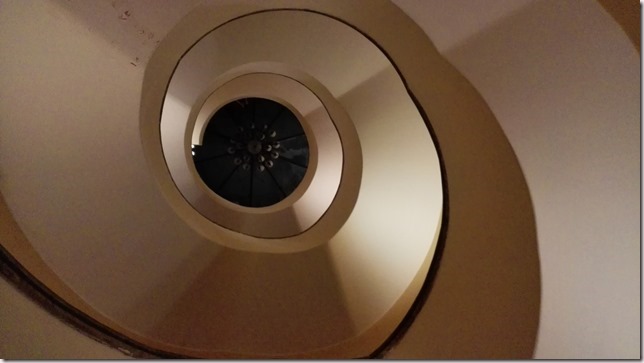 The side entrance led us to an old stairwell. 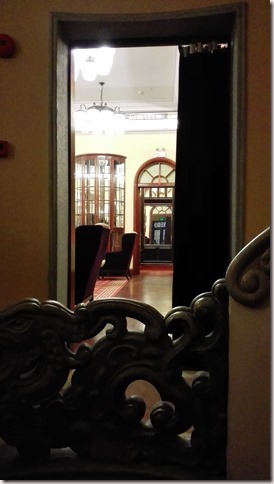 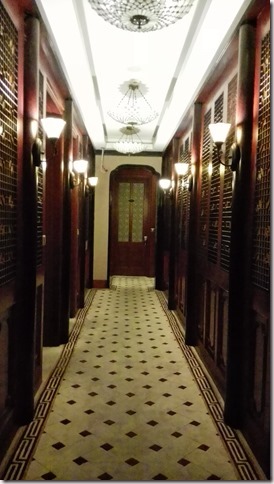 A peek of the hotel. 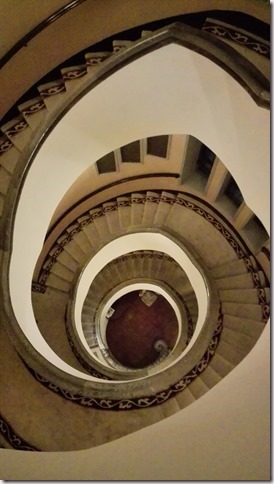 From top to bottom. 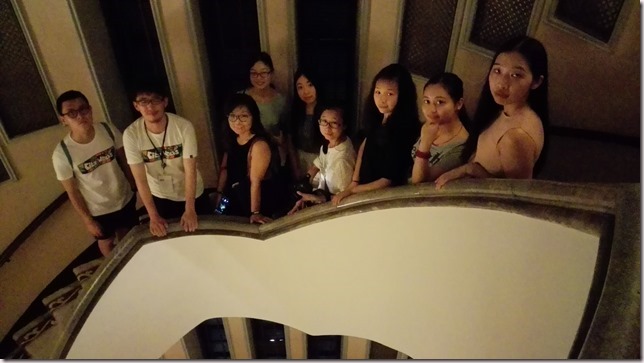 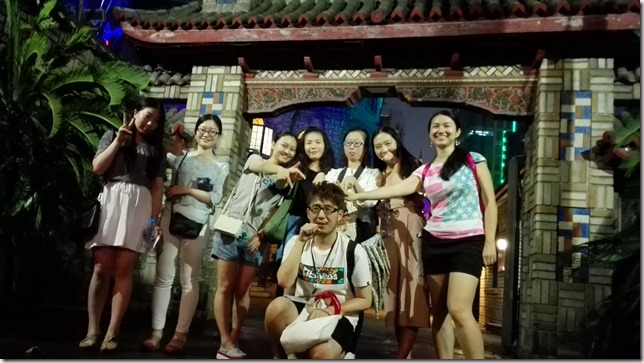 We had a mostly girls group tonight.