We were worried about paying for another park entrance fee (a whooping 50 US Dollars) after getting out of our hotel.  Before we knew it, we were immediately harassed by park staff for another bus fee (15 US Dollars), despite the fact that we wanted to walk up for sometimes.

We tried to walk pass the staff but he kept yelling at me, so Meir stayed behind and paid him one other bus fee while the rest us two kept on walking. 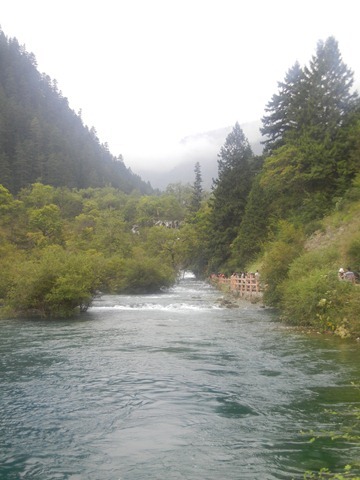 We went up along the river in front of Shuzheng village 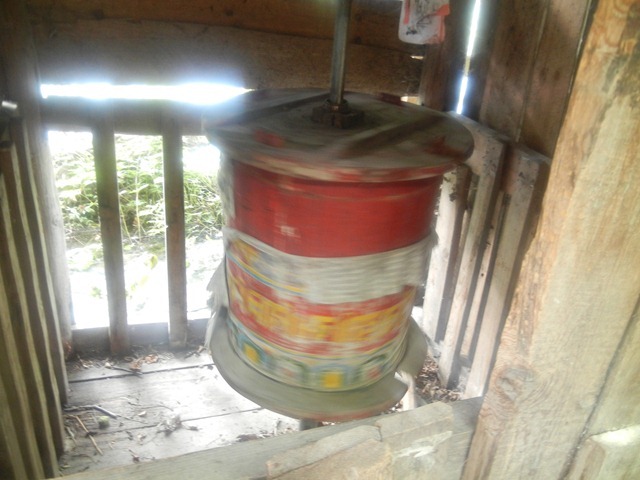 Where script scrolls powered by the running water decorated our path. 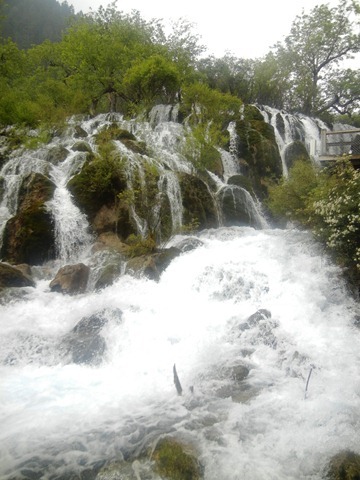 Shuzheng Fall, much smaller than Pearl Shoal, but a nice start for the day. 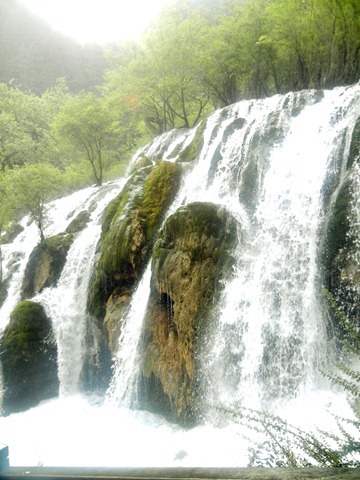 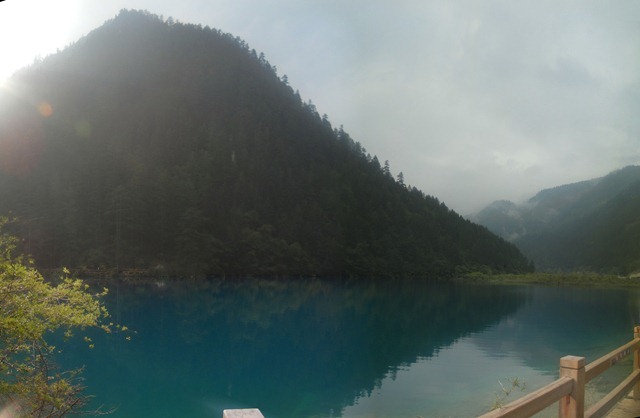 Passing by Rhinoceros Lake, which is especially pretty in its reflection. 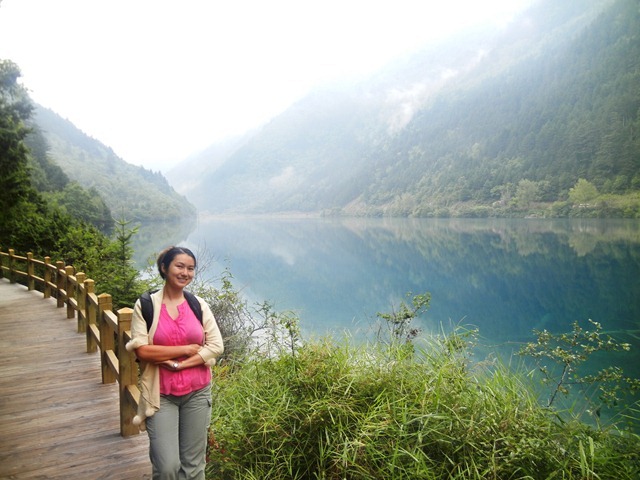 Me with the Rhinoceros Lake. 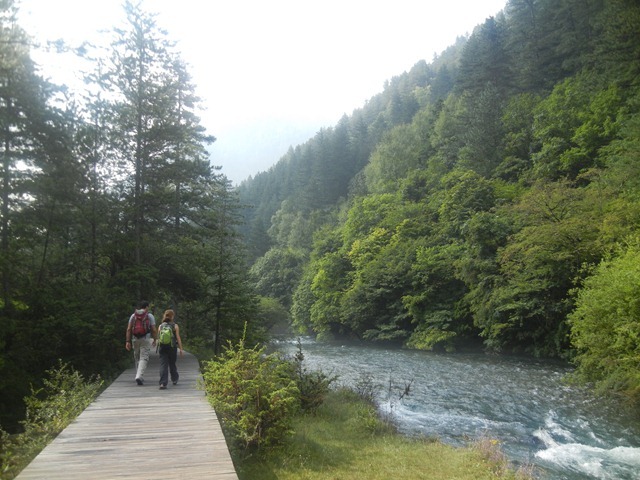 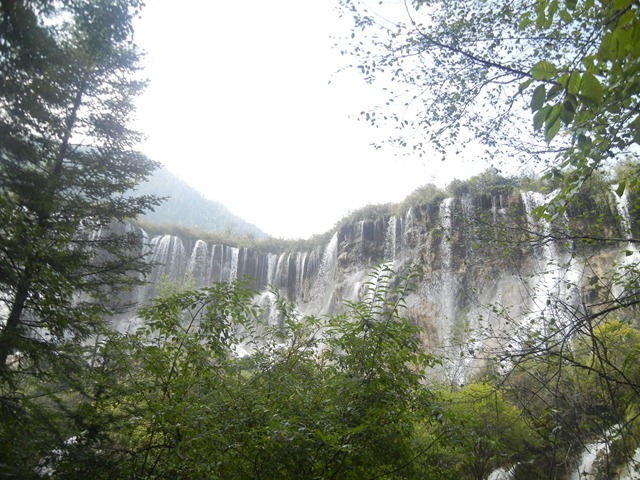 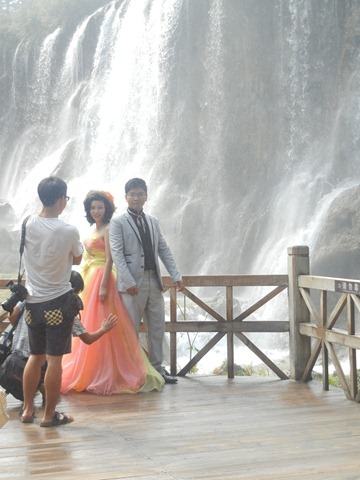 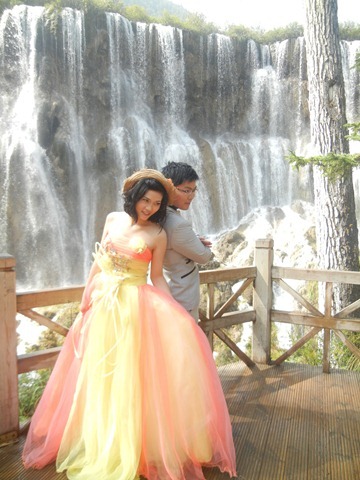 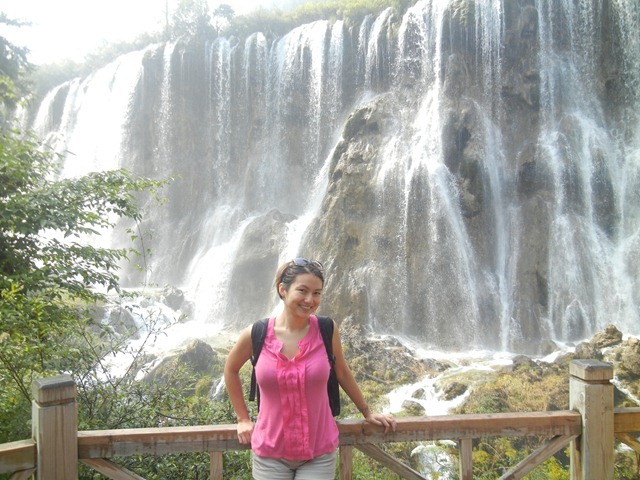 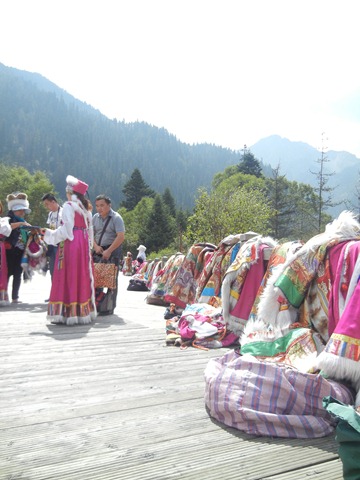 On the second day, we took a bus to the other branch of the Y, where it ended at the top of the branch, the Long Lake.  Coming off the bus, we were welcome by a horde of local photographers trying to get our business to take souvenir pictures in their costumes.

From the look of it, it is indeed a great business to get in. 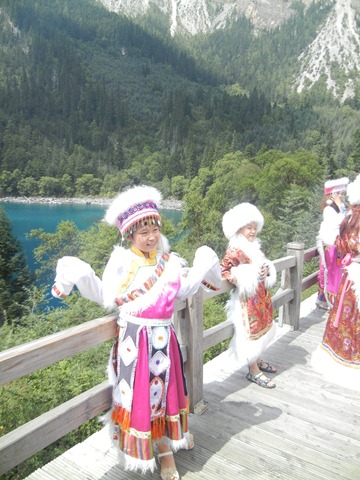 They got costumes for all ages of people in all shapes and sizes. 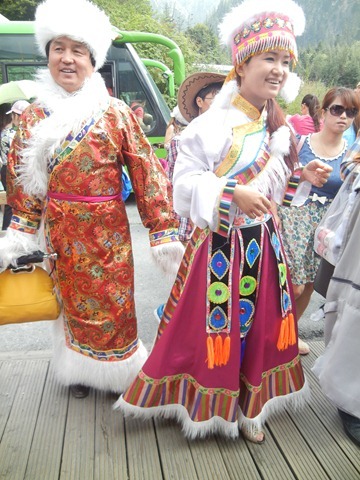 I thought the guy was the girl’s father, turned out they are a couple. 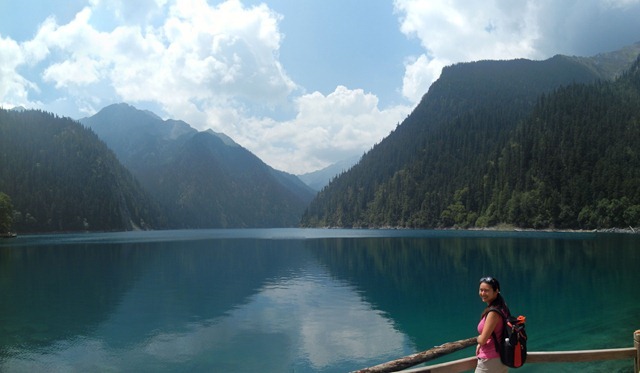 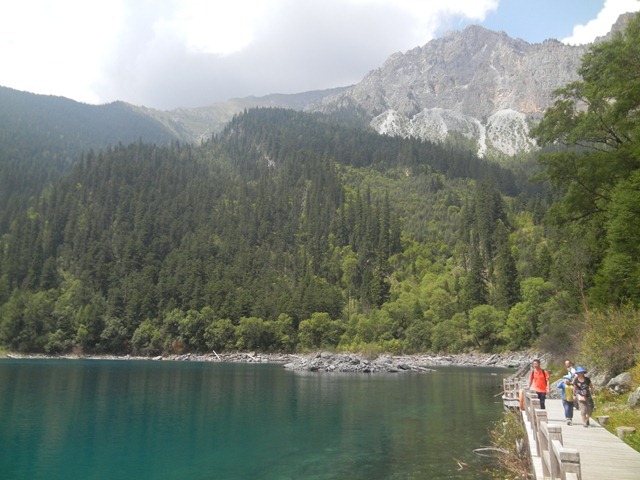 The rocky mountains behind the lake. 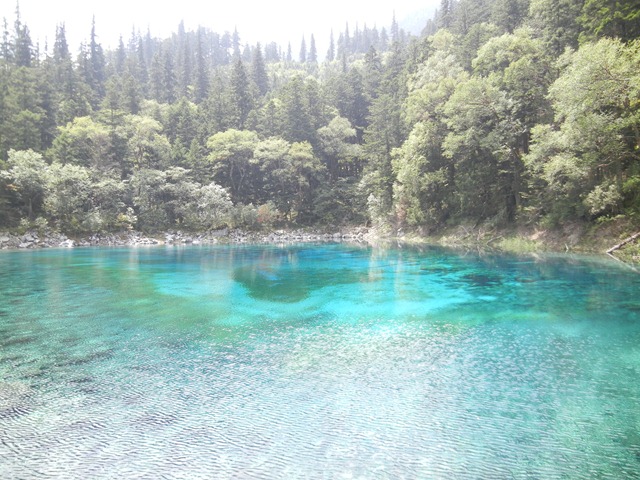 We then followed the path down to the Colorful Pond 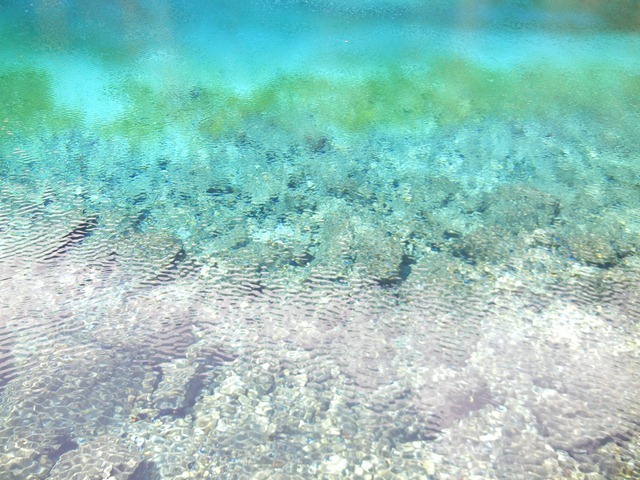 You could see all the way to the bottom through the blue clear water. 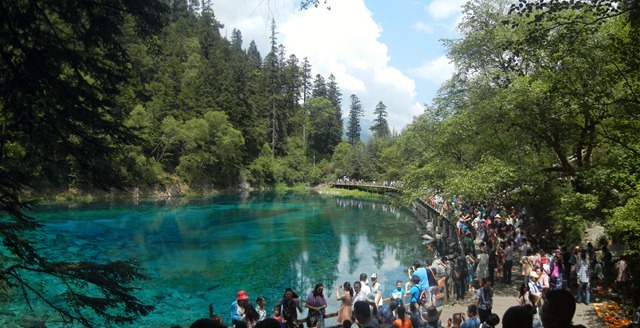 The only unpleasant thing is… the pond is filled with people.  Welcome to China. 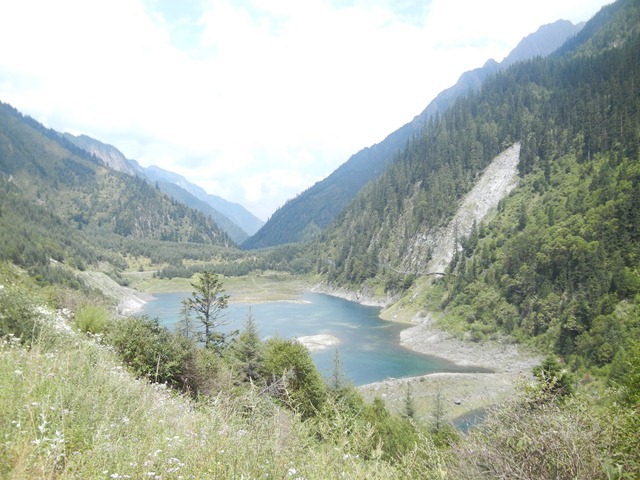 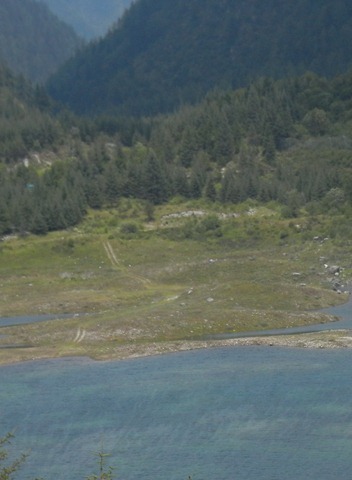 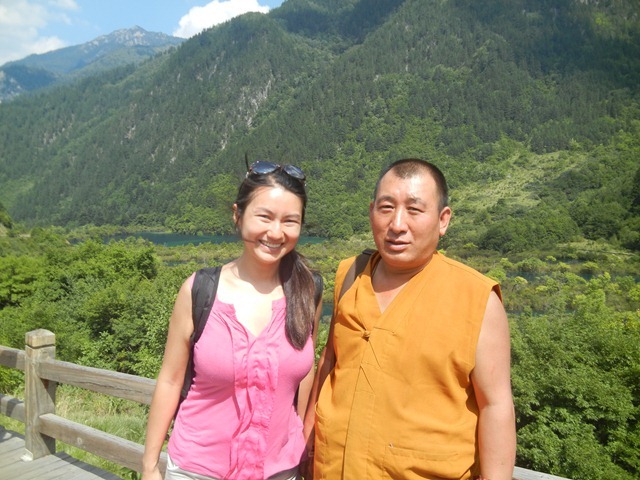 Found another Tibetan monk on our way back to Shuzheng Village… this one sounds a little more traditional.  He told me there is a temple up in the mountains behind the Village where a lot of Tibetan monks would visit.  We are welcomed to visit but it will take at least another hour or two up the mountain.  Since all of us were very tired from two days of hike, we decided to not venture into that territory. 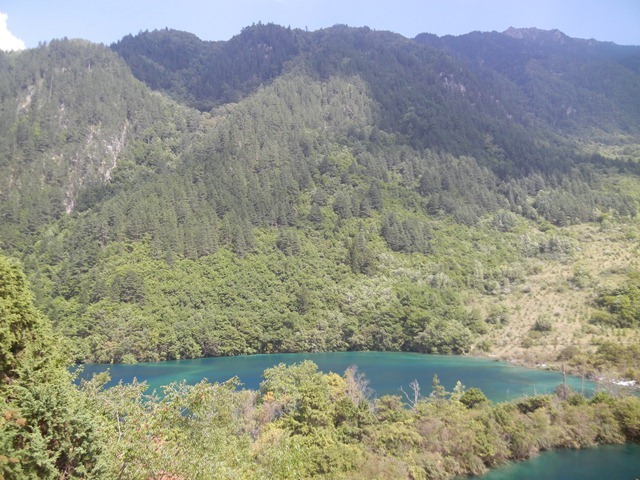 We then walked down the hill to Shuzheng Village, passing numerous small lakes… 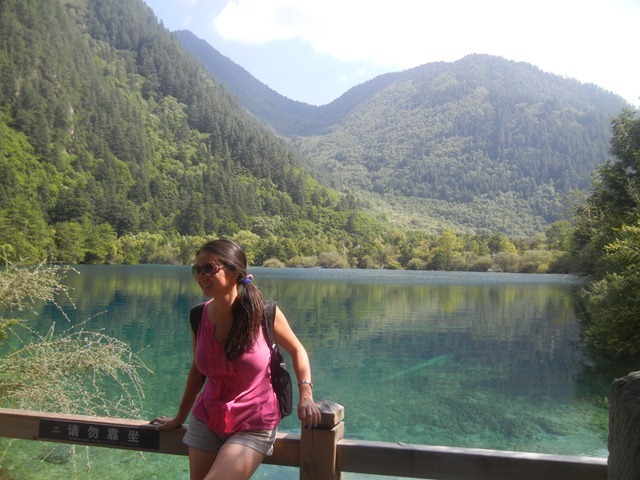 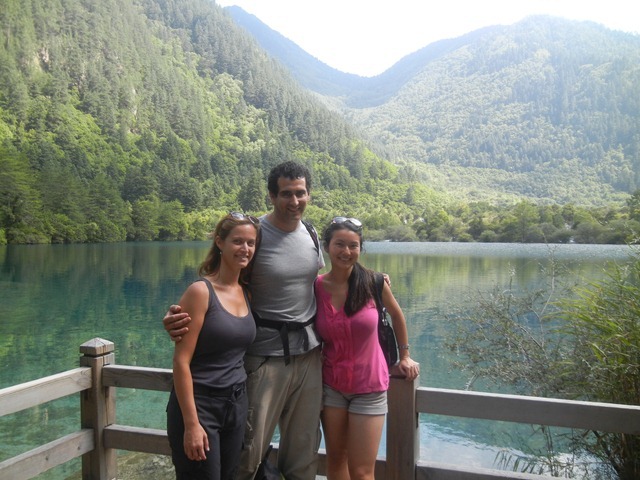 One final picture for the three of us in the park. 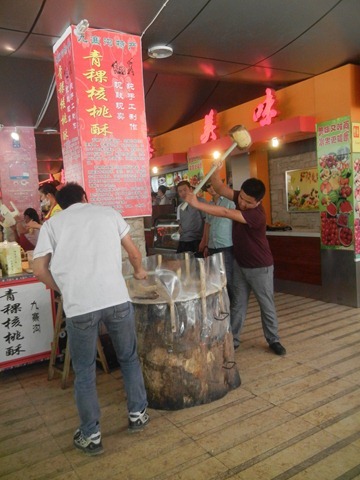 One thought on “Jiuzhaigou, Sichuan Province, China – Day2, Long Sea and Others”