I remember the last time I left Los Angeles, Jonovan went, “well this might be the last time I see you.”  I told him stop thinking about it.  At least in Chinese terms, there is no last good bye.  I was right, at least for this time.  I decided to stop by Jonovan’s place in Los Angeles on my way to SwingDiego in San Diego.  I told this idea to Hui and she went, “that would be a bit awkward wouldn’t it.”

I wouldn’t think so, because I knew both of us are fun people regardless what happened in the past.  Though there were no roses waiting with him at the airport, but I was happy to find the same cheerfulness in his eyes. 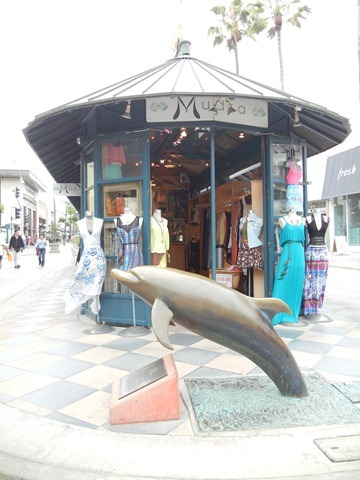 We were going to the Santa Monica beach but the weather was too cold for us to have a walk on the beach.  So we walked around the boardwalk and stopped by this shopping center in downtown Santa Monica. 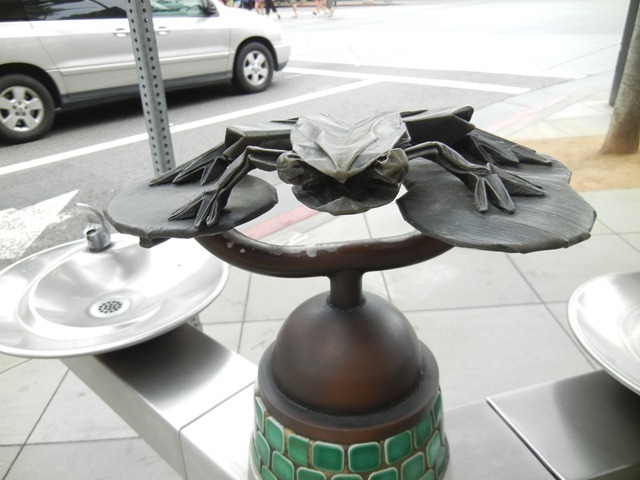 and angry frog in the middle of water fountain 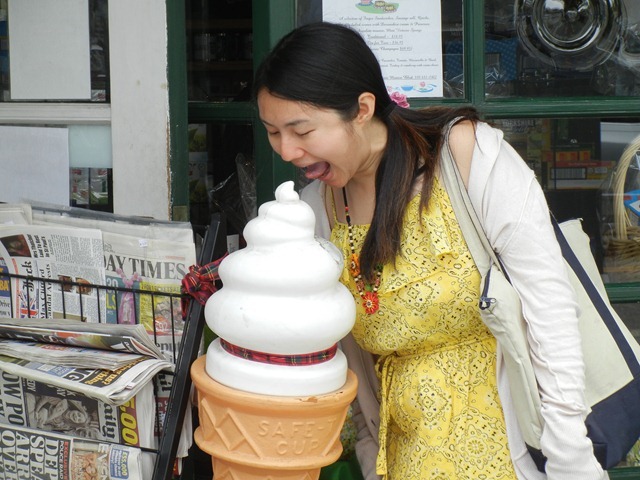 I wish this ice cream was real… 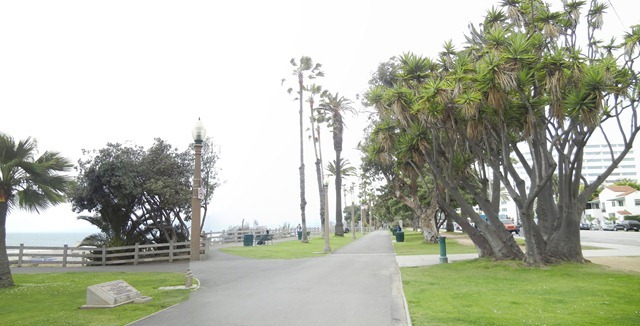 The park right across the shopping center leads to the beach…

from the park you could see the beach houses 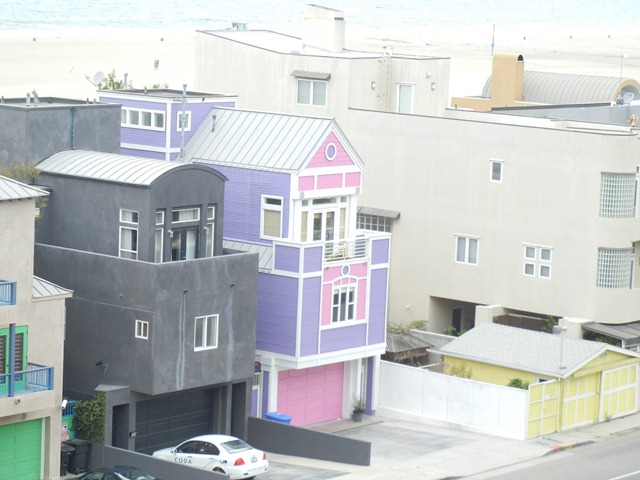 We especially liked this purple one because it looked like a toy…. 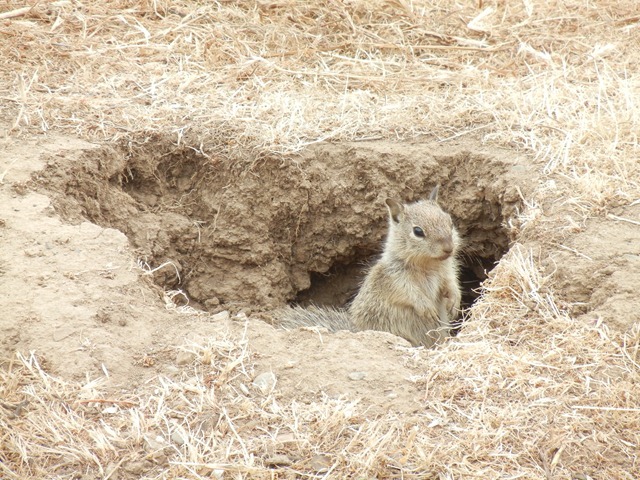 and a little gopher living right on top of the beach 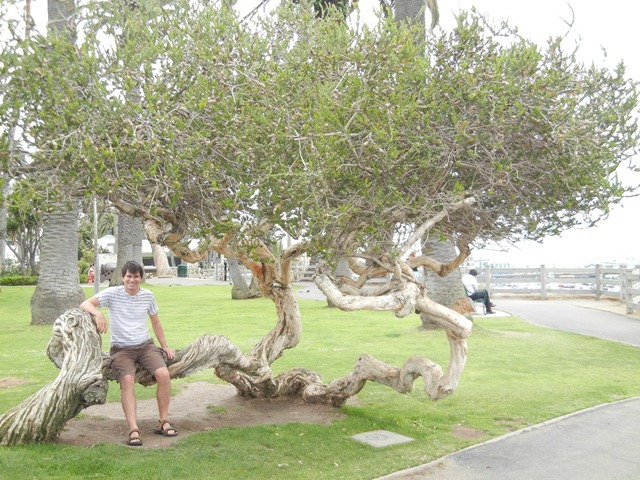 Jonovan on a tree growing sideways, serving as a bench 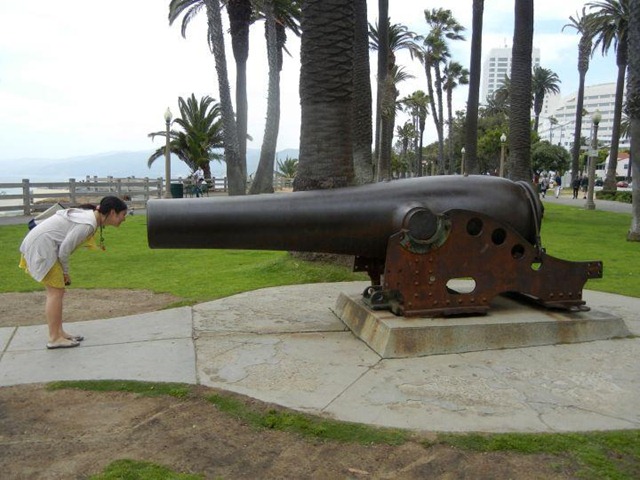 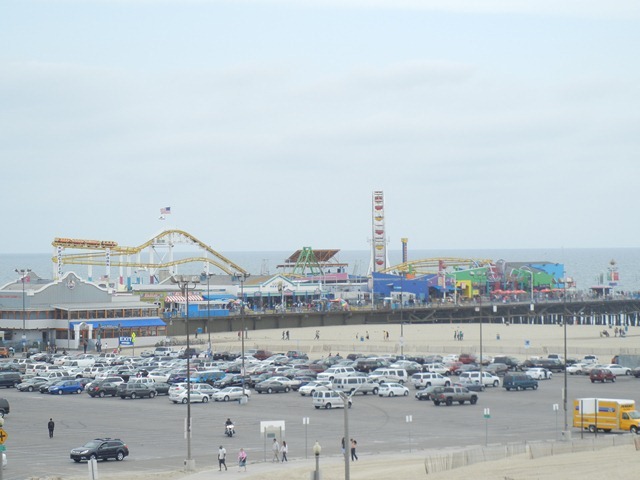 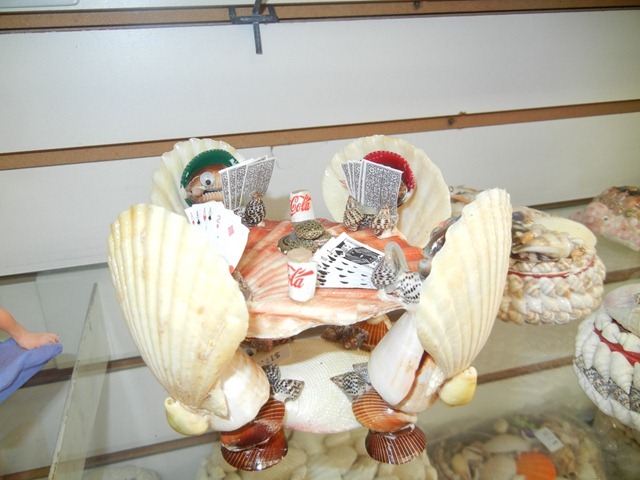 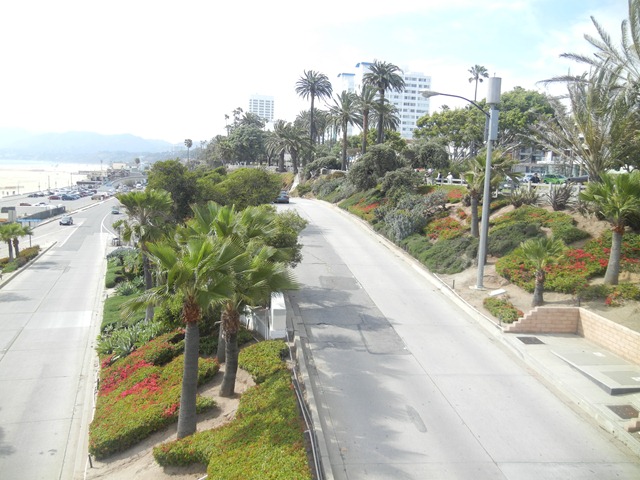 Following the park trail, we landed on the boardwalk after crossing a pedestrian bridge. 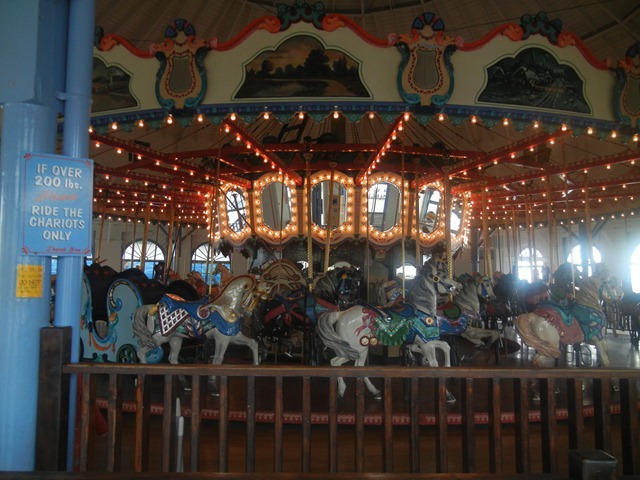 There was an amusement park on the boardwalk, with a Mary-go-round that had a big sign basically saying “FAT PEOPLE ARE NOT ALLOWED” 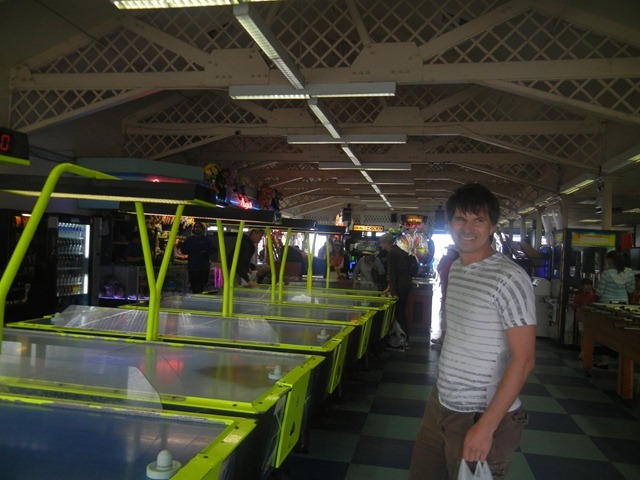 air hockey, one of our favorite arcade games

There were still a couple swimmers here and there, but most people opted for the walk on sand because it is just too cold. 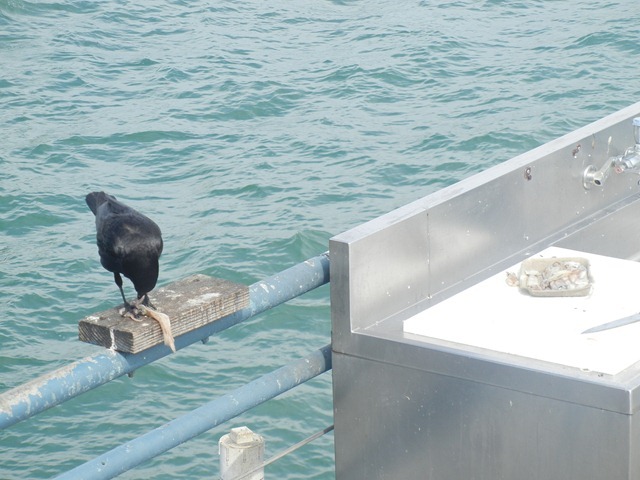 Birds here are well-looked after.  They do not need to find fish, it is provided for them on a tray.

The pier had plenty of space for people to relax and ponder. 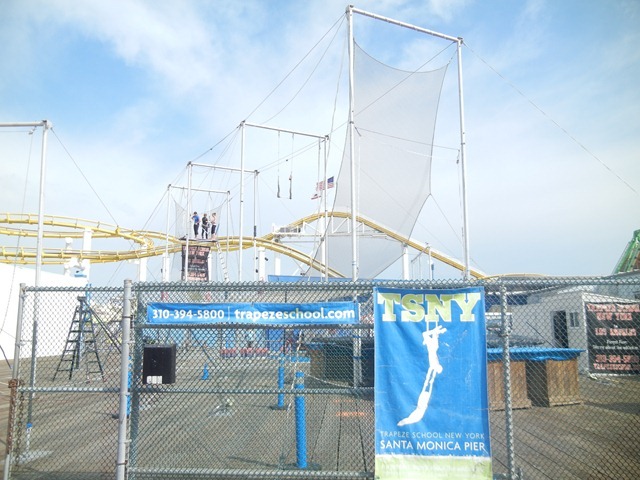 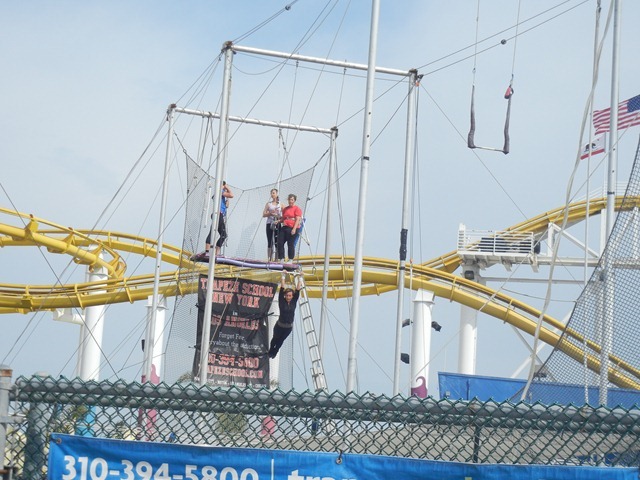 One of the entertainments on the boardwalk where people get to swing. 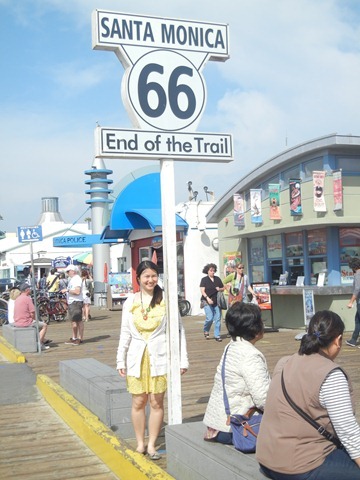 End of the famous route 66, the highway that hooks up east coast with west coast.