Our tiny hotel was walking distance from the island’s biggest attraction, Puji Monastery.  We saved this thousand-year old monstery for the last day of this island trip. 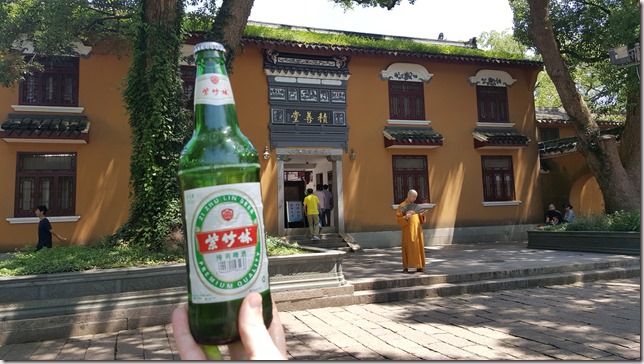 The local beer we had enjoyed all along.

The gazebo bridge in front of the gate, the emperors’ entrance walkway over the past thousand years. 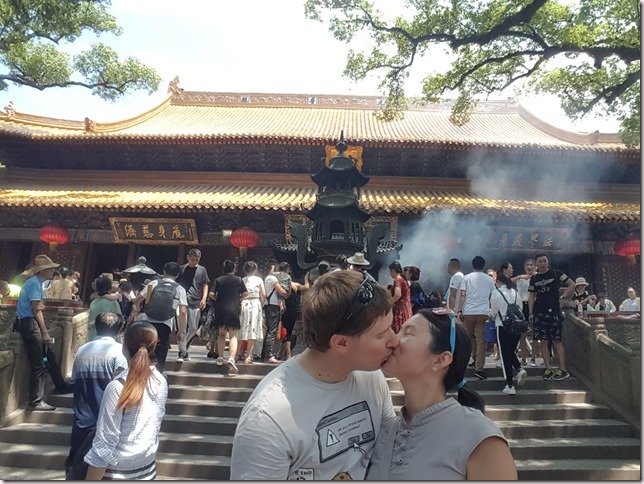 Many people send their blessings here. 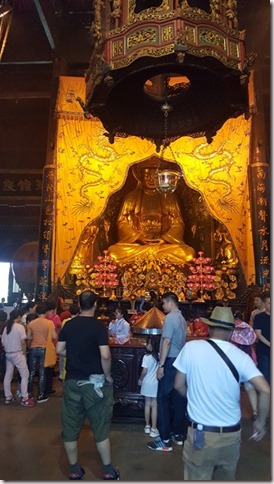 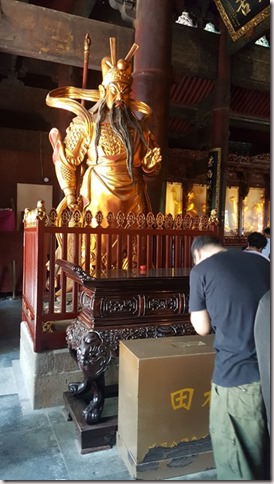 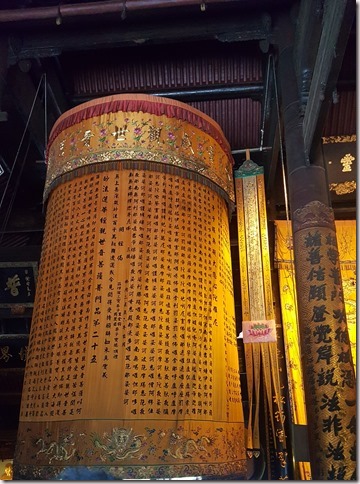 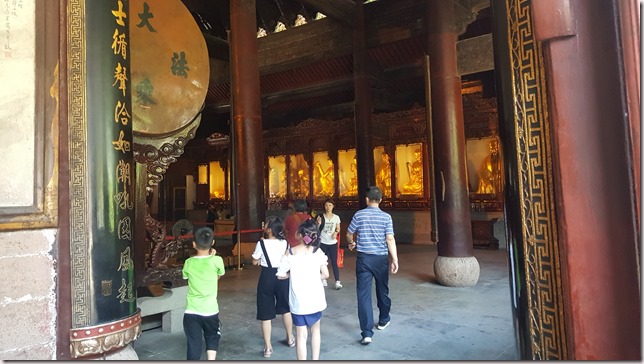 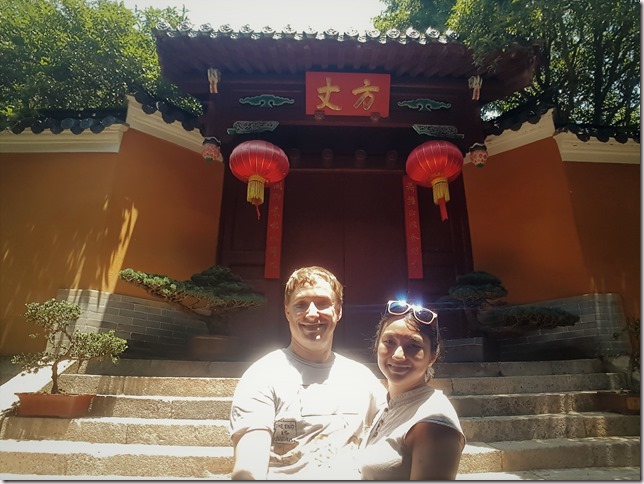 In front of the monastery abbot’s office. 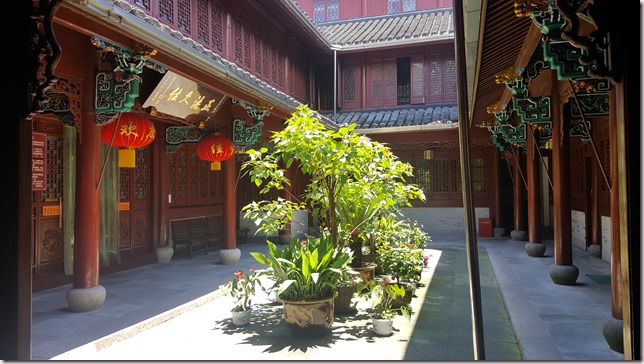 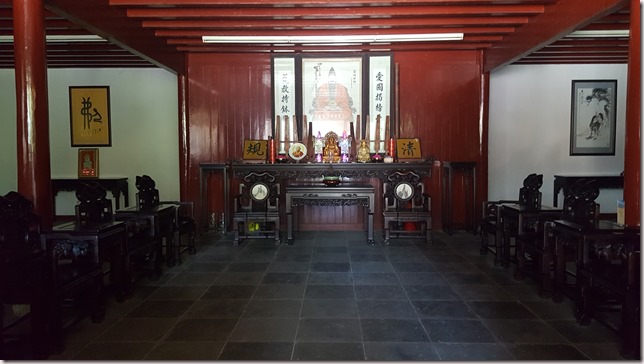 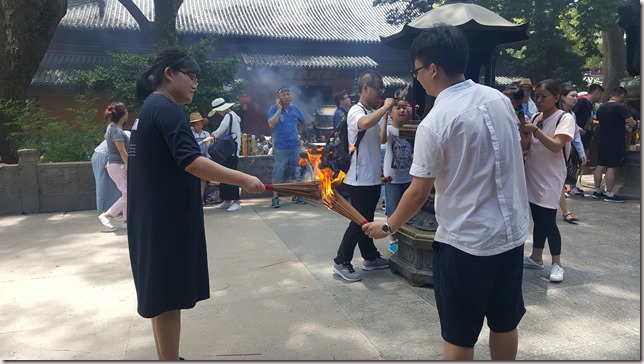 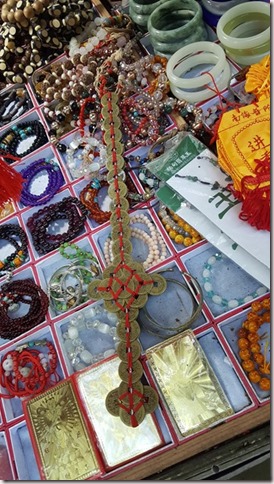 Little cross made of coins. 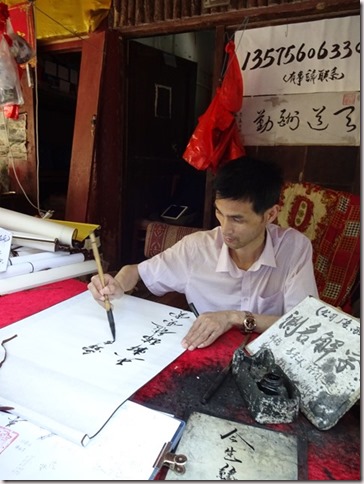 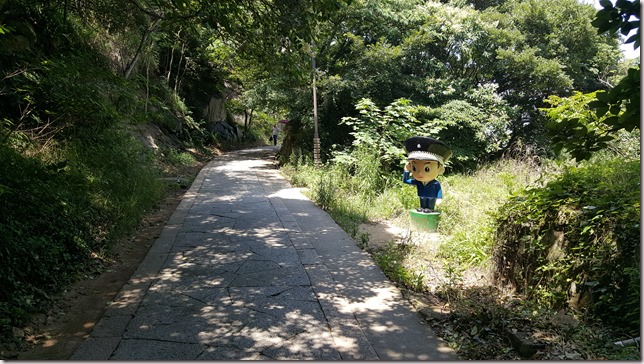 Between the temples, these little police statues played the recordings of mountain fire hazard warnings. 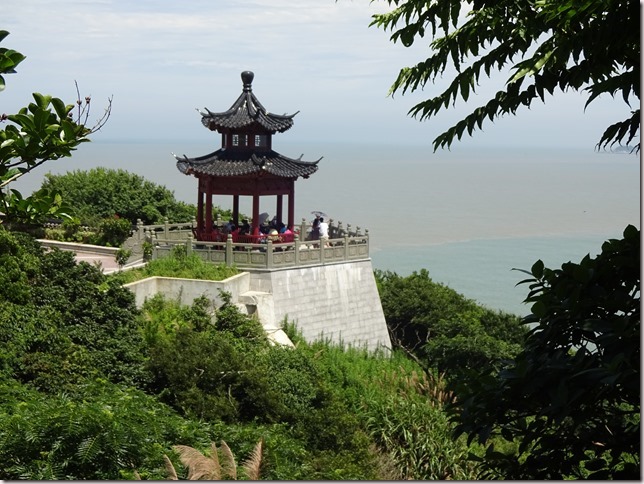 After a long walk and a bus ride, we finally saw a corner of Fanyin Cave temple. 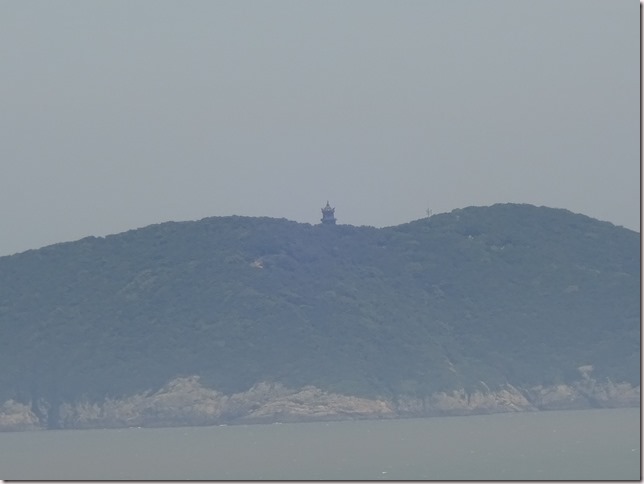 You can see another gazebo on the island across from us. 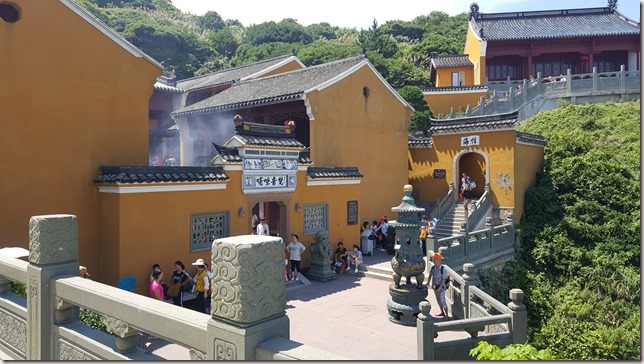 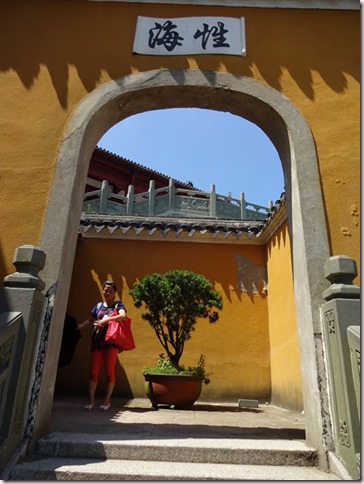 Inside the gate, a prayer court yard. 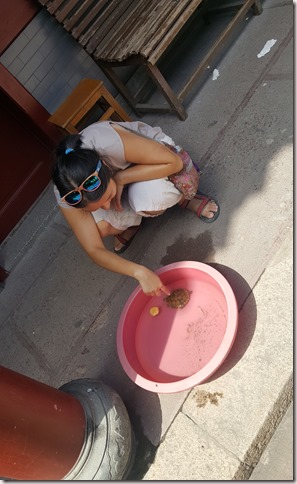 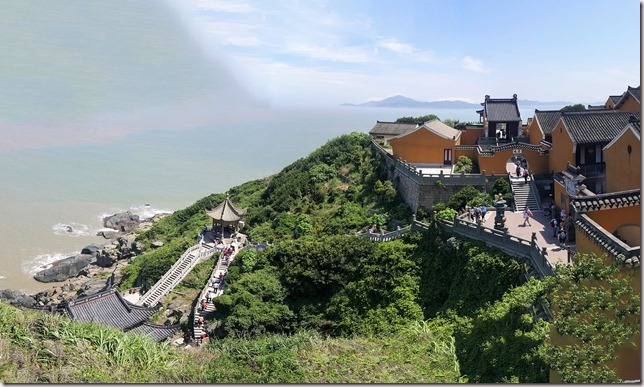 Long walk down to the cave (the house on the bottom left). 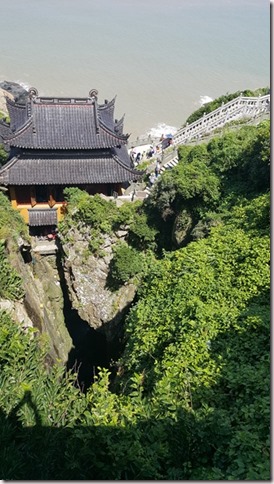 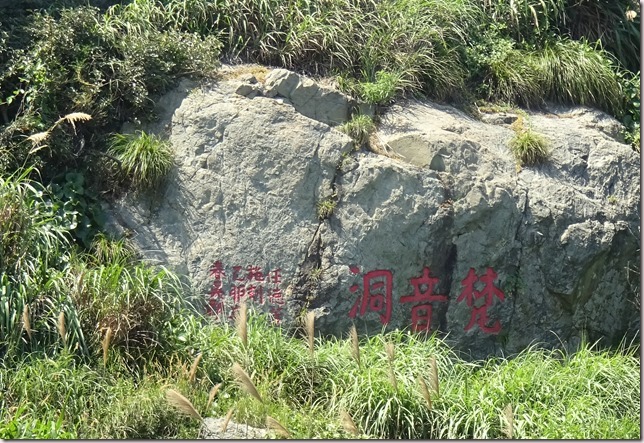 Characters spelled out the name of this place, Fanyi Cave. 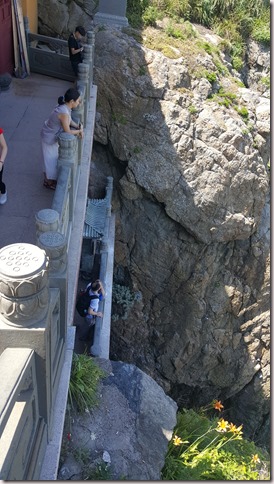 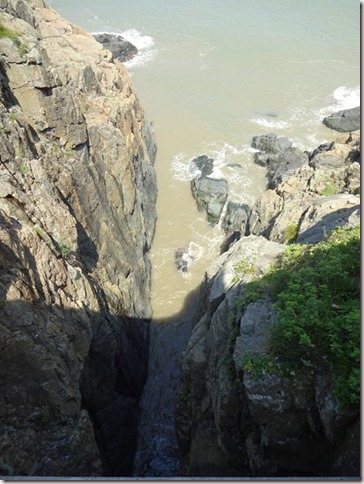 Looking down from the bridge. 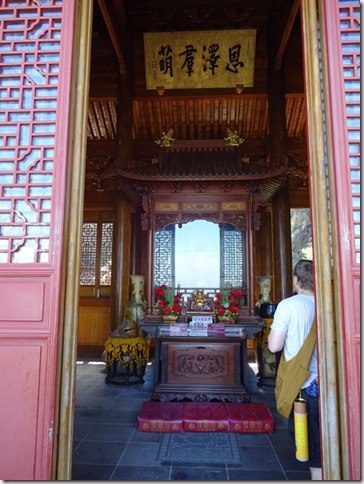 The bridge was a two-story temple. 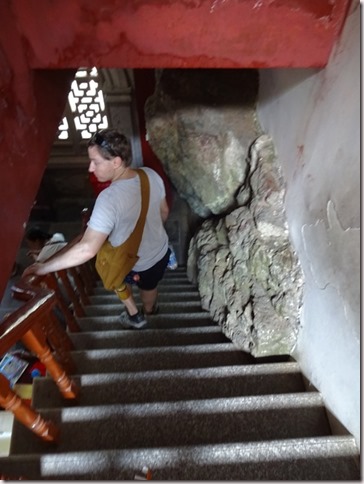 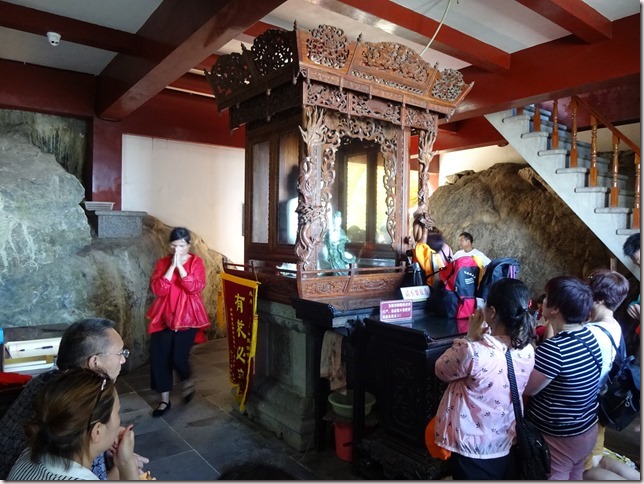 Some people walked around the statue clockwise three times.

Long way down the cliff. It was said that Guanyin god appeared from the cave formed by these two cliffs. 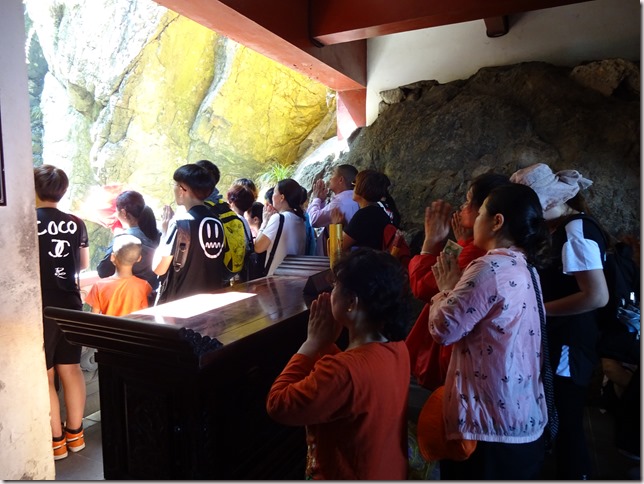 People prayed and sent their blessings to the cave.