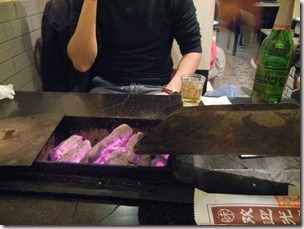 Went out to the historical part of the city in the rain, so we decided to dodge the weather by sitting in a Chinese barbeque bar.  Honestly, I’ve never seen a barbeque bar like this.  Every table has a little stove where the servers put in coal and light up the fire for you. 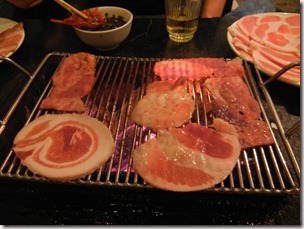 Then you heat up the barbeque pieces on your own, dip in soy sauce before putting your taste buds to work. 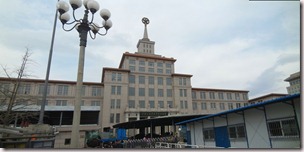 Oh another good, blue-sky day in Beijing, so I decided to visit the National Military Museum.  I got recommendations for this place from many people – locals and expats alike.

Except it was all walled up for renovation.  Visitors are not allowed to go inside its impressive, 3 floor exhibits.  A few rather impressive items were decked out under the temporary pavilions for the next two years. 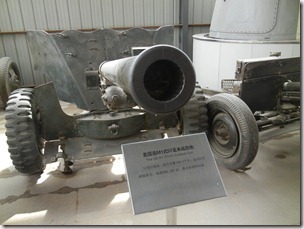 Including an old cannon made in U.S.A. 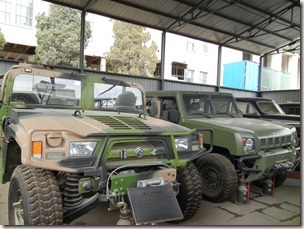 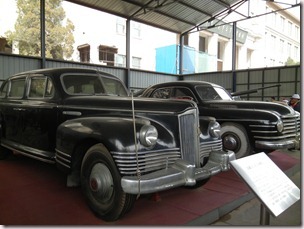 Personal cars for leaders of the first generation Chinese army. 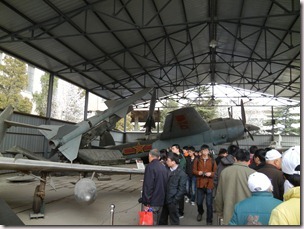 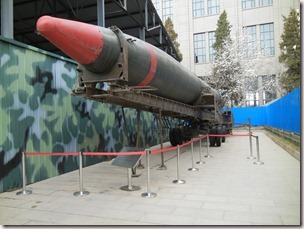 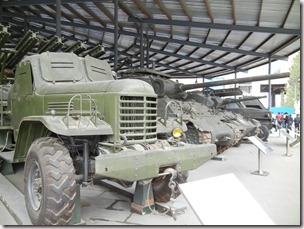 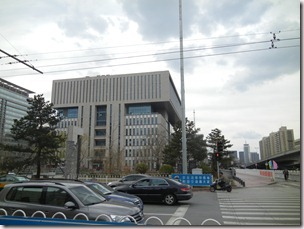 Nope, but thank god there was a map right next to that building, which simply told us we have walked the wrong direction and this is the headquarter of the National Railway. 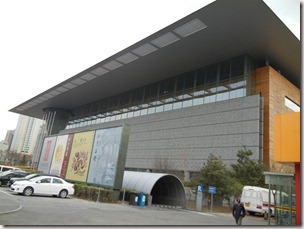 Now, this impressive building looks more like a museum.

and its impressive front lobby 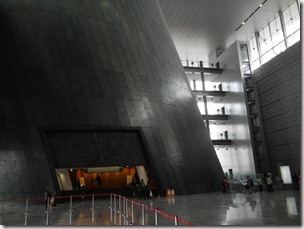 This is how you enter the exhibits, just like going into a treasure cave. 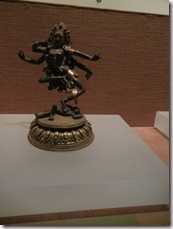 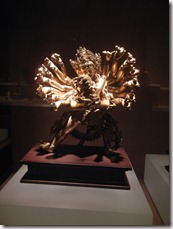 Buddhism section totally reminded me of the temples in Mongolia, they have very similar statues. 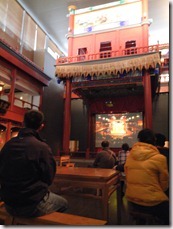 Beijinger Cultural Section, where the exhibits center around a traditional Peking Opera theatre. 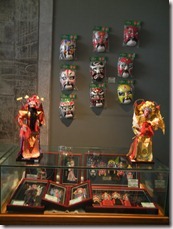 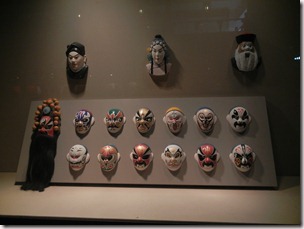 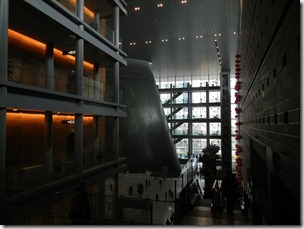 Looking out the museum from the top floor 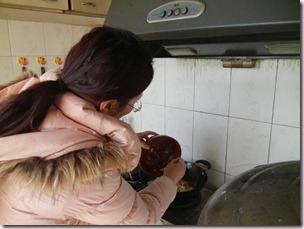 Hanging out at my neighbor’s place, where she taught me how to cook Thai rice.

Gotta love running under the beautiful Beijing weather on Sunday.  Pollution, what?