I’m definitely not the busiest person in the company, but every time there was a new employee boot camp something always came up.  Before I knew it, here I am, 7 month in and still haven’t gone through the camp.  Needless to say I found myself couldn’t refuse the coming up round. 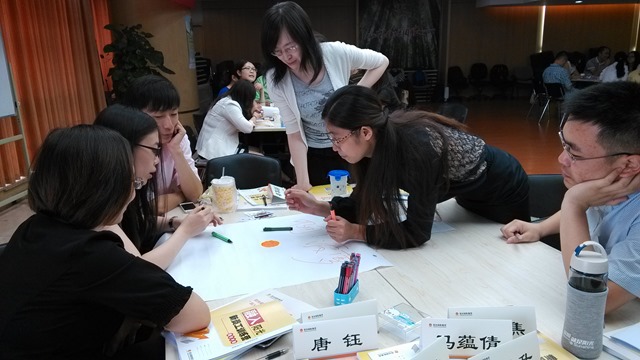 First thing first, we were split up in teams and had to design our team name and slogan. 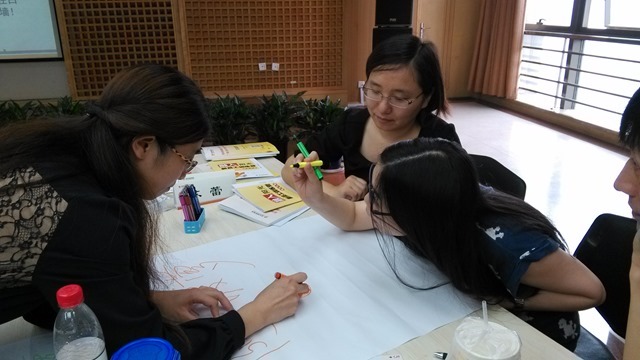 It has been ages since I have last held a colored pen. 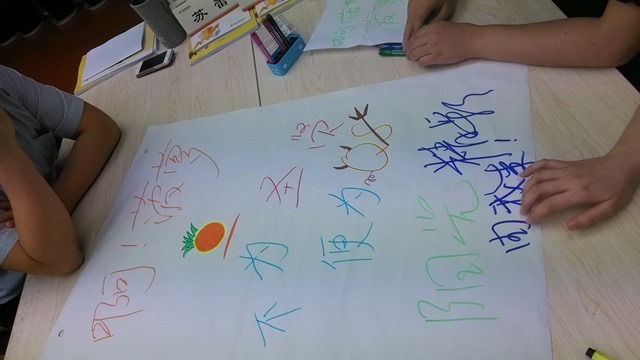 Our team name and slogan.  I was dropped into team 4, a team of 7 people, which eventually dwindled down to 6 as one of us had to leave for a business trip.  Not surprisingly sometimes we had to fend ourselves in front some big teams twice the size of ours. 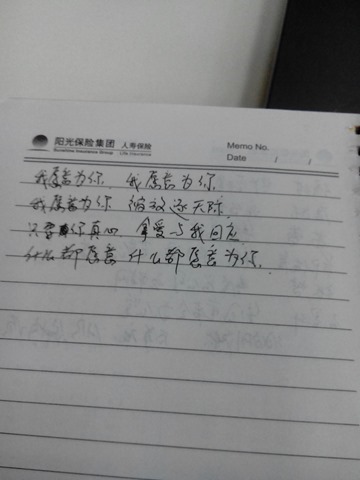 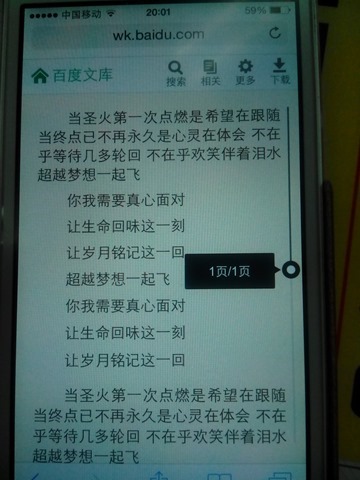 We had to put up a 20-minute show at end of our camp, and we picked this Olympic Torch song for ours. 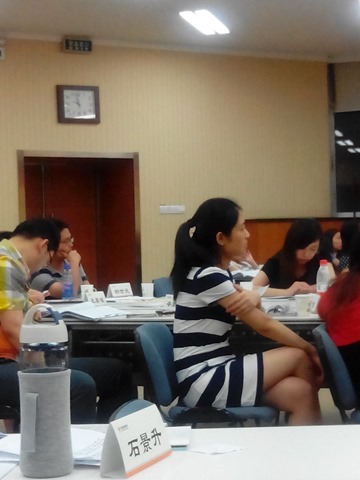 Check out our class clock, that was not a 10 in the morning, it was actually 10 at night.  Ya got that right, we are still tirelessly (does it even matter if we are tired?) listening to our lecturer at 10pm at night.  After our class ends, we still have to rehearse our show for end of the training performance. 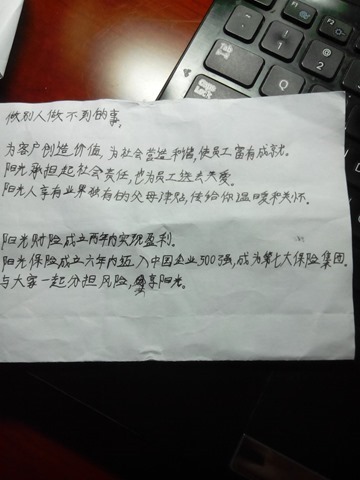 We spent countless hours cranking out ideas for our show.  We thought about doing a skit imitating founding of the company, but no one had the gut to play the chairman/CEO.

So we decided to write a speech for five elements of our employees.  As Chinese was never my forte, I let someone else write my speech 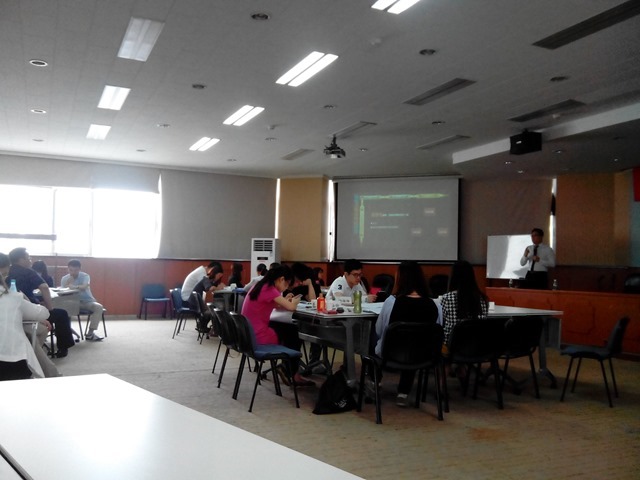 Lecturer talked on the podium, students moved on with their cell phones. 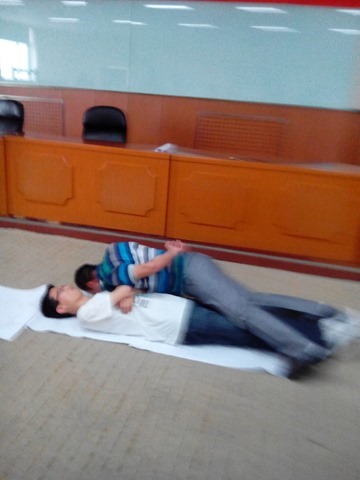 Game round, where a guy had to do push ups on top of another guy. 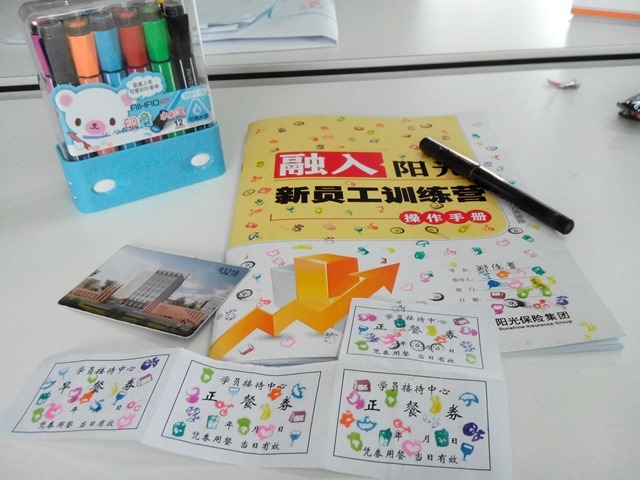 Boredom.  I found stamps on these colored pens, so I decided to display my boredom to its maximum.  Next thing I know my notebook and meal vouchers were infected with polio. 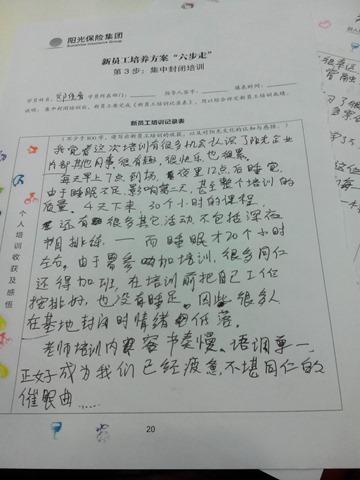 My first hand-written essay in Chinese in almost 20 years.  Clearly I won’t win a trophy for my handwriting.  This is American writing a Chinese essay talking about her experience of this training.  Clearly I did it the American way, no doodling around, no sugarcoat, just plain O’truth. 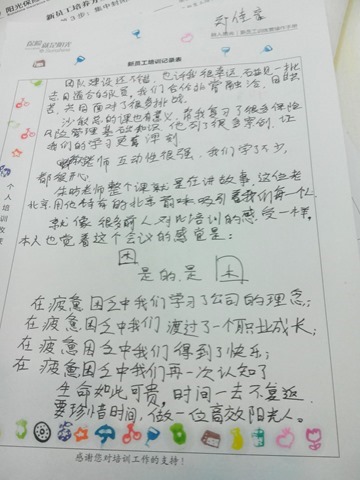 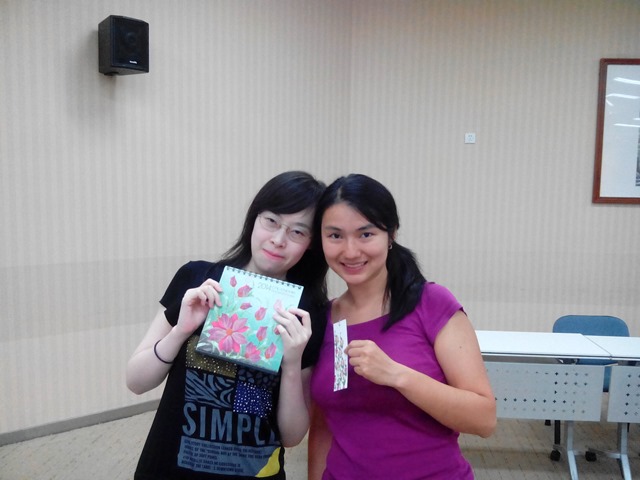 My roommate/teammate and I won the first and second places in a management game. Out of 9 teams, we were team leaders of 2 different teams. Yeah, Power to Room 3218!!! 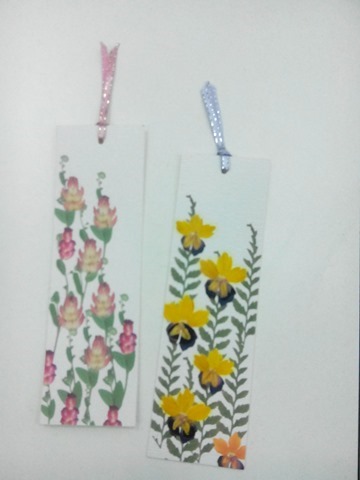 My prize as the second place. 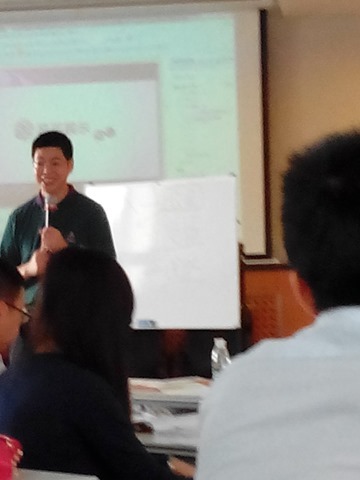 Mr. Wang, Executive Officer of Human Resource, came and talked about how to blend into the company. 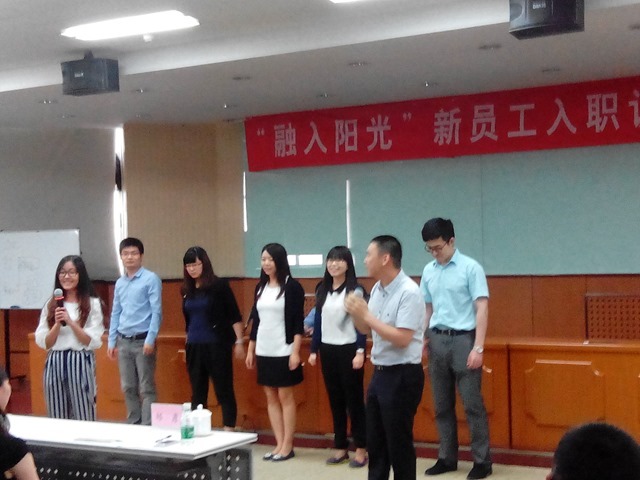 Final performance, the cutest group ever.  Lead singers are the cutest interns, singing “Little Apple”, the hottest song in the market right now. 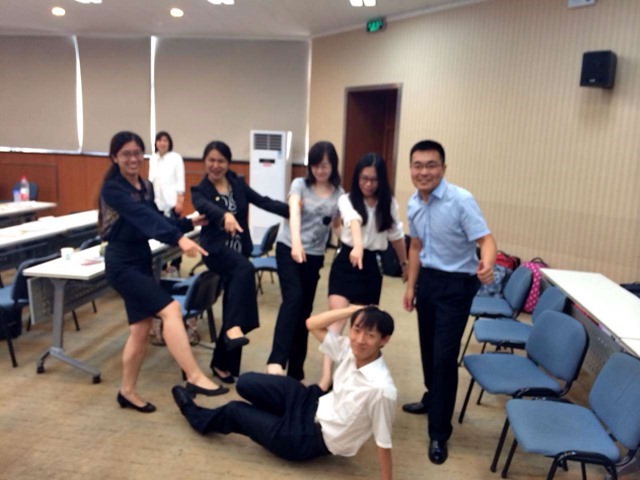 End of class, our team picture. 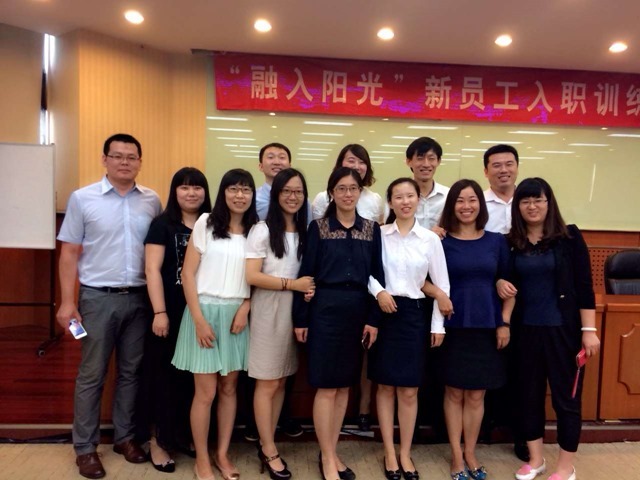 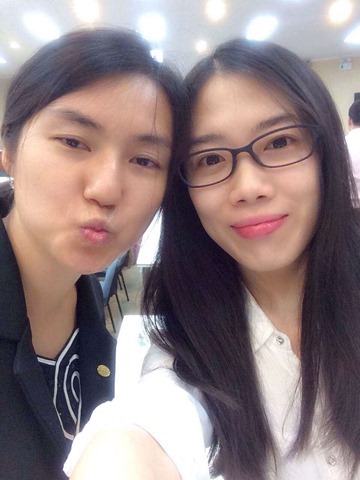 Who doesn’t wanna a picture right next to a cute intern? 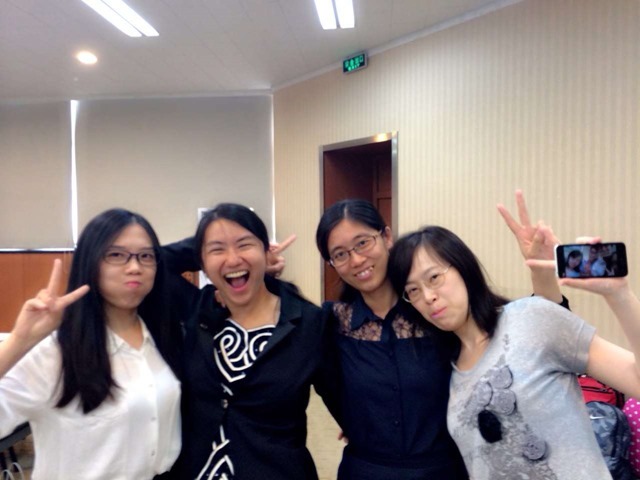 Do not put bunny ears on me, I caught that! 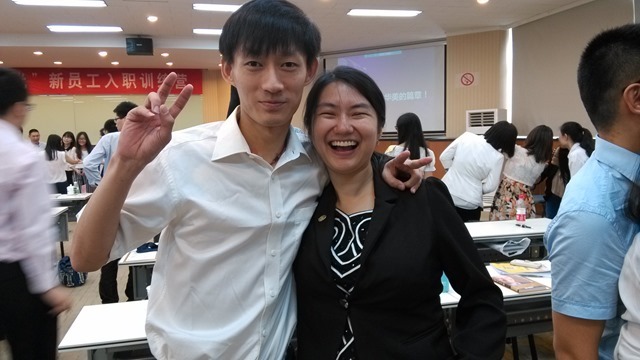 I will give this guy some credit, he munched up much love from the rest of our team. 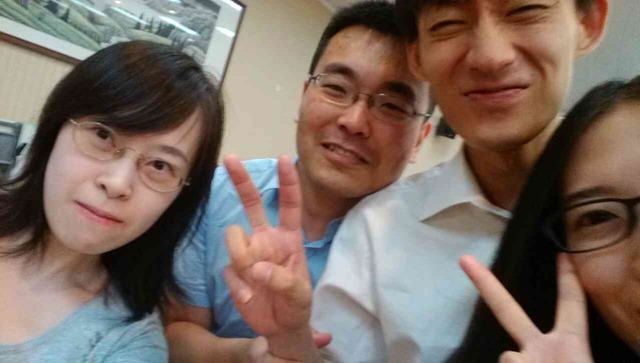 My team, who has suffered with me through the past four sleepless days. 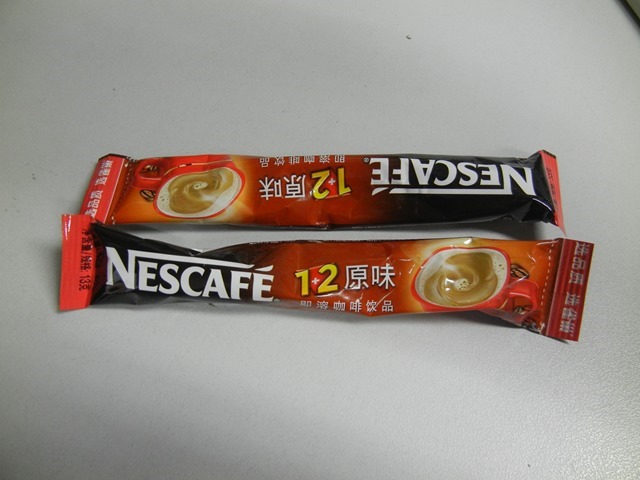 A word of thanks to Nescafe: I don’t know how I could make through this week without it.  There was one day I drank 5 of those little bags.