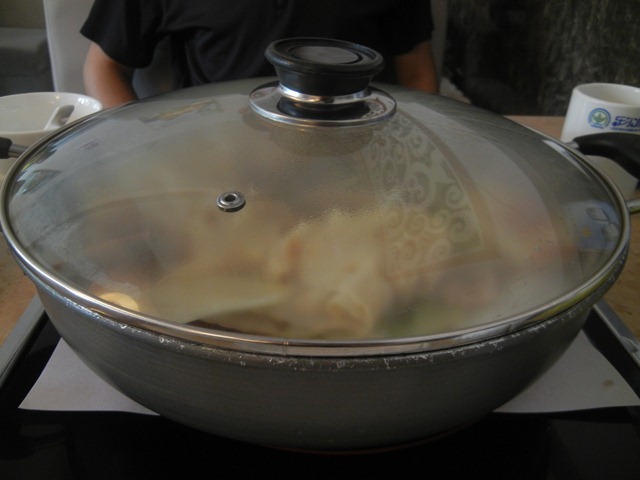 First time trying out Men Guo, a type of hot pot where you cook beforehand instead of dipping raw food in boiling water.  We picked out our ingredients and sauces first, and the waitress would bring those in in a little cart.  She first dump the vegetables and meats in the pot, put up the lid and turned on the stove. Then she came back after a couple  minutes and put in the sauce while we watched drooling.  We anxiously waited for an other ten minutes before she told me that it is ready.  Super excited, we grabbed the lid open and started our devouring project, then I felt half of my tongue turned cold – the frozen tofu was still half frozen!   Time to go back and wait….. 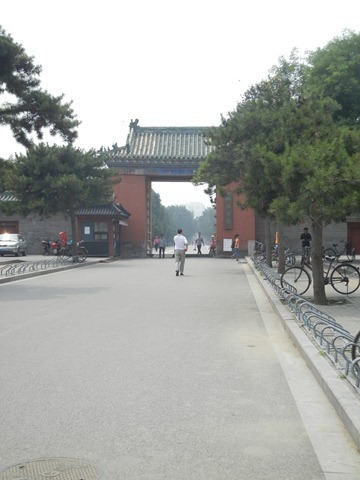 We decided to check out the Temple of Earth, now a park owning much less reputation than the Temple of Heaven.  Most of the park was destroyed and abandoned as the last dynasty fell a hundred years ago.  Only during the recent years the city government rebuilt most of its important buildings and surrounded them with greens. 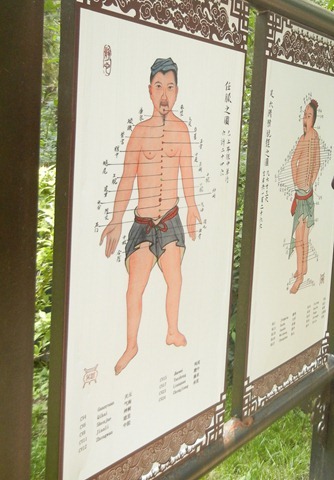 The park was themed around Chinese medicine with reference pictures of acupuncture points. 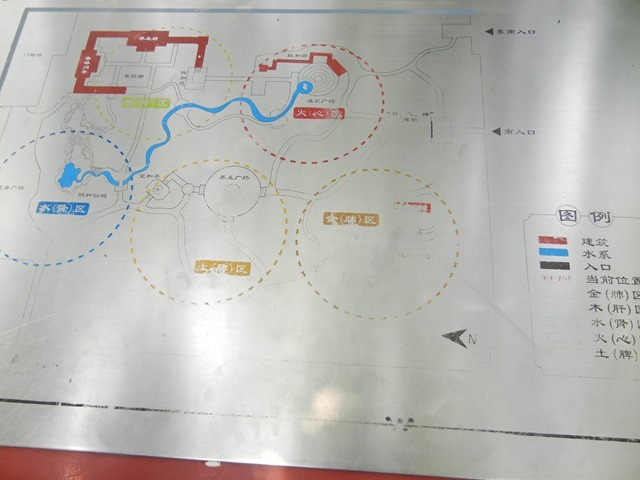 Looking from the map, the entire park layout is around elements of universe in Buddhism: water, earth, fire and air. 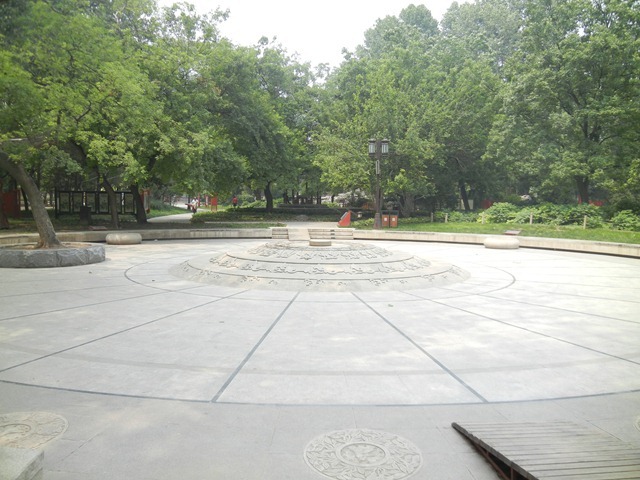 The center of the Fire zone 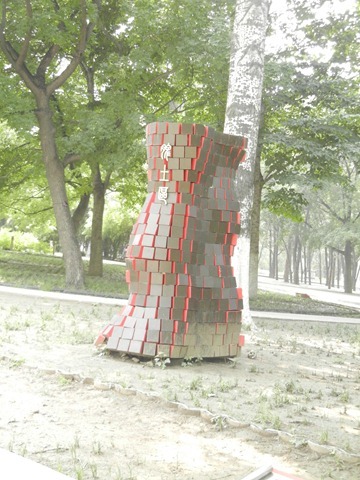 Fire zone surrounded with many fire themed sculptures, like this one resembling a flame. 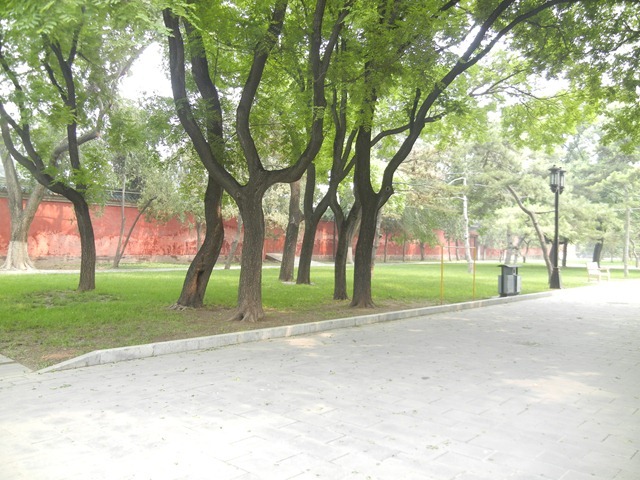 Then we walked around the palace in the center, except it was closed that day.  Then it started to rain and we had to abandon our plans to visit the other zones in this park. 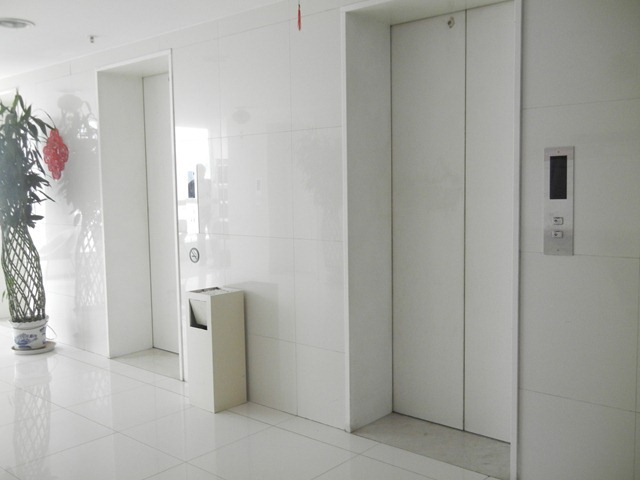 For the first time since I got into Beijing, the electricity in our office building went out. It happened to be the end of everyone’s lunch hour, so quite a few people got stuck in those elevators as they were coming back from lunch and the elevators could not run without power. 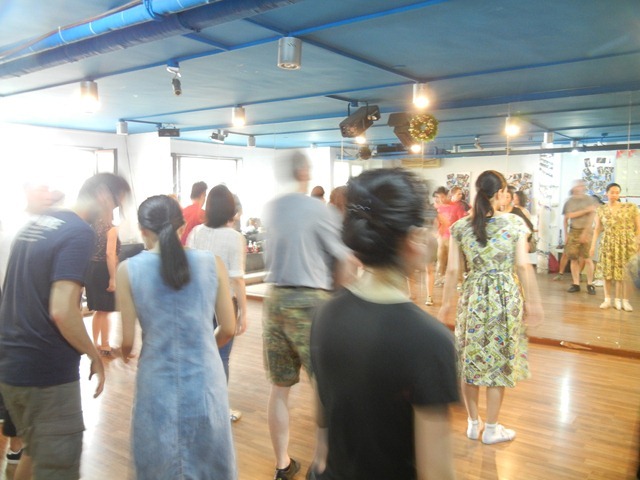 Haike has been telling me about the Saturday lindyhop practice sessions.  I got so lost looking for their studio.  Apparently I mistook the Chinese word “chou” (筹, prepare) for “shou” (寿 – longetivity).  No wonder no one knew where is my building even though it is around the area.

The stomps from the room drew me in as I got off the elevator.  Everyone was sweating for an hour of hopping over a routine.  We gonna film “I Heart Charleston” Beijing version of video next week, and everyone was busy memorizing their steps last minute. 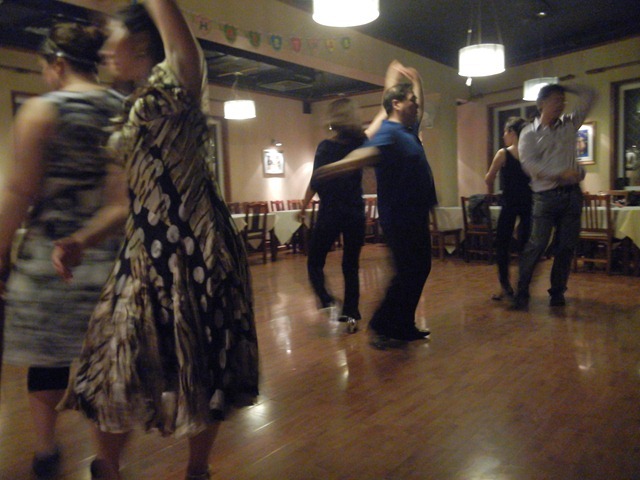 Instead of eating out with lindyhop girls, I decided to check out the west coast swing lesson at another studio.  I have been waiting for this moment for a long time.  I knew Beijing Ballroom does some lessons, but they haven’t done it for a long time.  I just got a notice that they were doing those lessons again, so my hope of meeting some westies in Beijing re-sparked.

Well, let’s start with a very disappointing lesson.  There was only one student leading, and besides the instructor, the rest are followers.  The instruction isn’t quality, in fact, there are a few places on following that I would have to disagree with him. 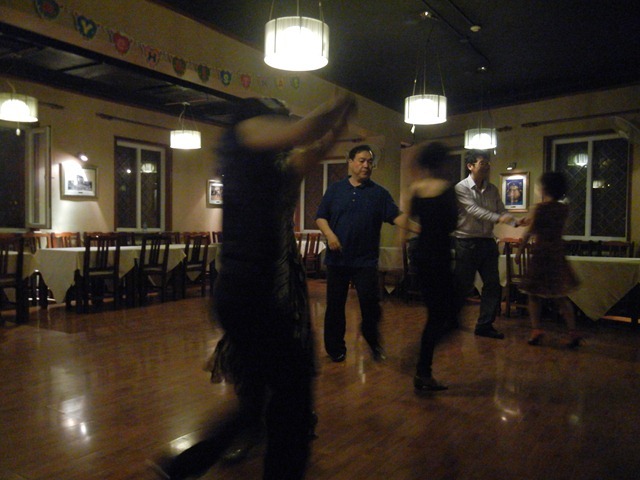 I danced a few songs, impressed a few folks as usual, and left.  The floor is not entirely west coast swing, in fact, most of music was not westie.  Not to mention the best dancer does not want to dance with other people besides his wife. What a great way to grow west coast swing dance scene!  – To refuse dancing with others on a dance that you want to promote, while no one else knows how to dance it. 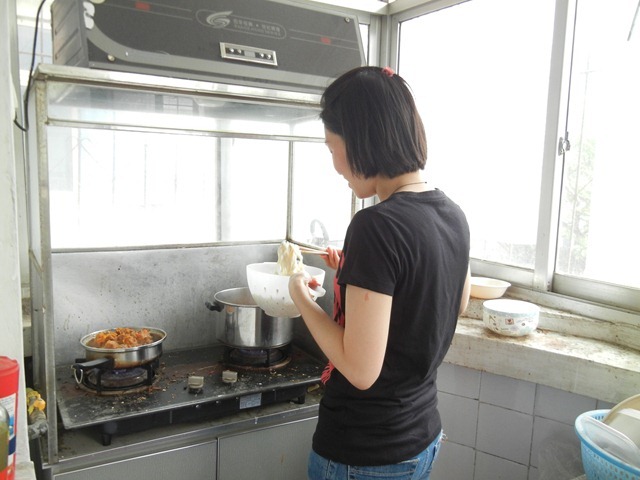 Last Sunday, I visited Hilary in Tianjin.  She was super excited that she treated me with a pumpkin noodle soup and pork chops. 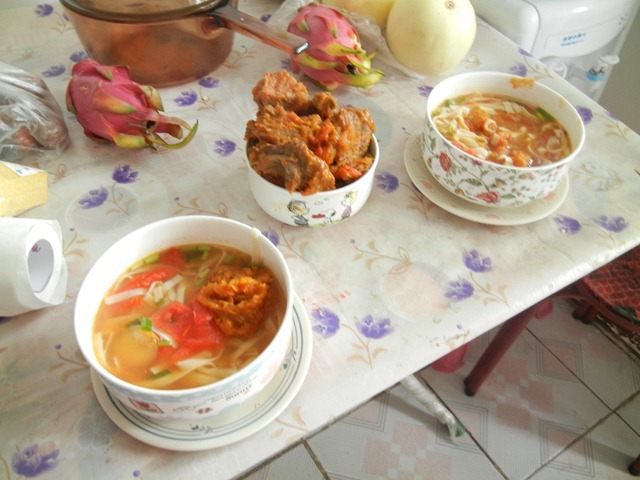 Ah, now the four-hour sleeping and waking up at 6am for my stupid train all sounds worth the while. 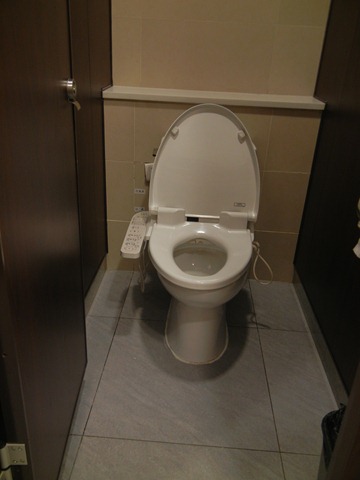 We went to shop around Bingjiang Dadao as usual.  Where she introduced me to this Japanese Department store – not just for shopping, but her potty stop – “the best bathrooms in town.” And she was right. 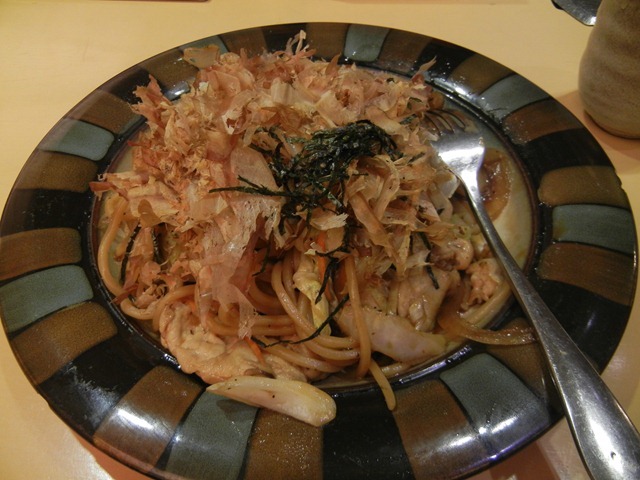 Of course, after releasing all of our non-usable items from our systems, next thing is to restock it with somewhat useful stuff.  Among a dozen neatly arranged Japanese restaurants on top floor, we found a ramen house at the end of the row. I haven’t had ramen for ages, so we decided to sit down.  Except we were greeted with a rather aloof staff – who looked like Japanese, but acted very un-Japanese.  There was no politeness in his eyes as he ran them up and down on us.  Then he told us to hold for 3 minutes before we were informed that the restaurant of some 50-100 people only has 6 menus – and of course, they ran out of the menu.  After he could not explain what is the daily special menu posted on the black board next to him. I decided to give up. So we went to his competitor – the next door.

And we were treated very politely, with smiley Chinese students wearing Japanese clothing.  I ordered Japanese Fried Noodle pictured above. 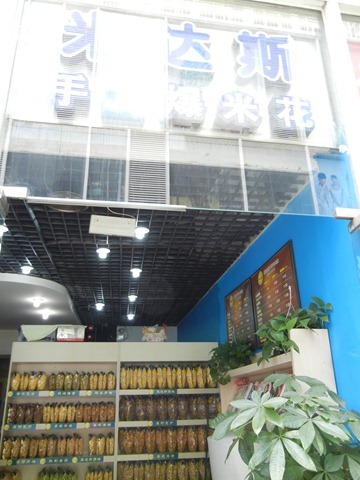 If you see me a bit fatter these days, I’m not surprised – nor ashamed.  I have been chopping down almost every flavor from this popcorn shop.  It’s definitely the best popcorn I have ever tried so far – yeah, in Beijing! They got flavors ranging from Chinese chai tea, to dark chocolate, to seaweed, to cheese.  They are super expensive by Chinese standard, but who could blame them?

The first time I heard about this shop – I took in two couchsurfers to my apartment a few months ago. As they were waiting for me in my office, they took a stroll  around the area and bought three big bags of popcorns from this shop.  That night, the three of us spent a good while just sat around and munched on these popcorns.  We ended up finishing half of these bags, literally stuffed ourselves till we could not pick up a single other popcorn….

For those who want to try – try at your own risk!