(Sorry guys, I went to a lot of places for my visa and just recently moved, so I did not have a lot of time to sort out my pictures.  Not to mention I was out of internet since I moved.  My apartment will be out of connection until January of next year.  I will just post the entries I have already finished on my computer.) 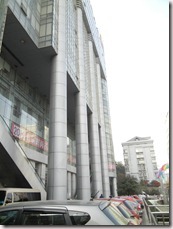 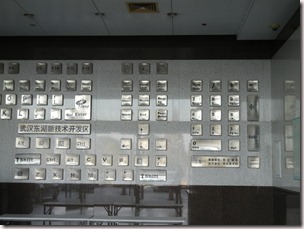 Their foyer wall is decorated in a huge keyboard 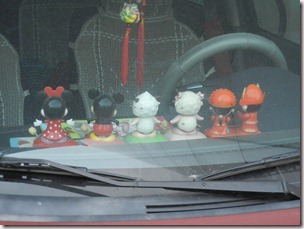 A Chinese (or Asian) thing with their dashboards, they love to put these little dolls on springs to cheer them up while driving.  This one got three couples. 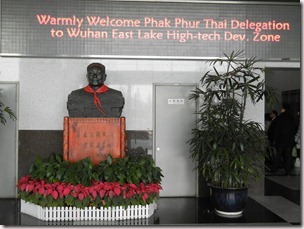 I haven’t see the red tie (representing communist youth group) in a long time, especially on a statue…. 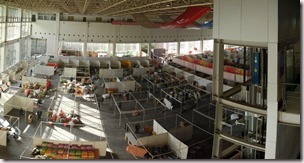 The software park building is a huge building that could hold several exhibitions at the same time.  As I was getting up in an elevator, I saw one just setting up 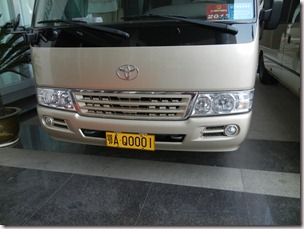 A rather interesting license plate, AQ0001… must related to the government.  No individual is this lucky, even those filthy rich Chinese…. 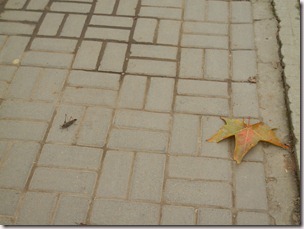 Something caught my eye as I stepped off the bus, that piece of “branch” looked a little funny…. 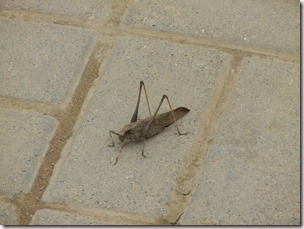 It’s not a branch, just an awfully ugly bug pretending to be a branch.  I’m surprised that it survived this far stood here right in front of the bus station.  There were at least a dozen folks getting off the bus here during the rush hours. 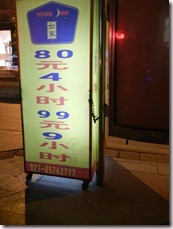 I thought this kind of hotel is only common in Latin America, but it is growing quite popular in China.   80yuan for 4 hours or 90yuan for 9 hours… 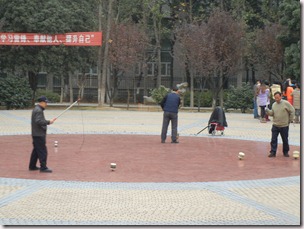 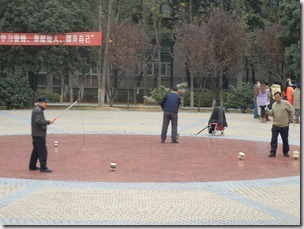 I don’t know what they are called… but a bunch of guys playing those with a whip, you whip it and it continues spinning.  Apparently you gotta hit it at the right angle and the right time or it will stop spinning.