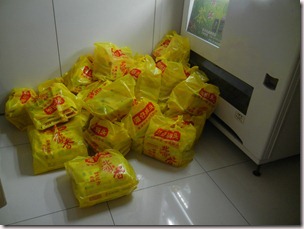 For the Festival of Lights, everyone got 8 cartons sweet dumplings.  Then with other office mates distributing theirs, I actually ended up with 12 cartons.  If I knew this early, I shouldn’t have bought 80 dumplings just the weekend before. 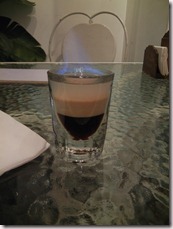 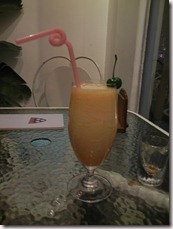 Went out to Sanlitun （三里屯）, a famous popular bar area in Beijing.  Since it is in the embassies district, it was also known as a foreigners hangout.

I got my first shot in China, but it wasn’t enough, a margarita followed. 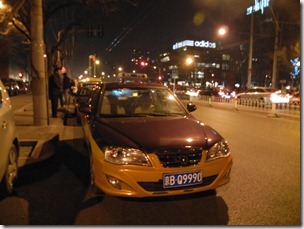 Taxi was extremely hard to get that night.  There were tons of taxis parked right next to the district, but none of them was willing to put up their meters, and they wouldn’t want to take you if you live in the city as they only pick up long distance, big jobs. 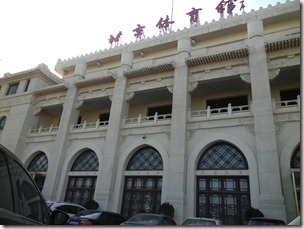 Went to Beijing Sports Center to check out their dance classes.  I’m surprised that this rather classical building is actually the sports center. 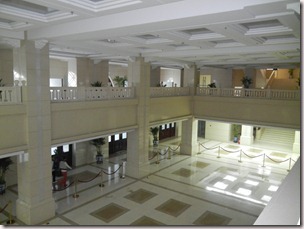 and the state-of-art facilities inside. 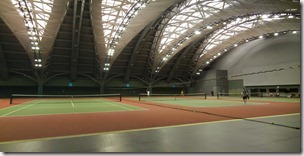 Besides several dance floors, a fitness gym, table tennis area, and pool area, there was also this beautiful in-door tennis court.  Who said you can’t play tennis in this polluted city? 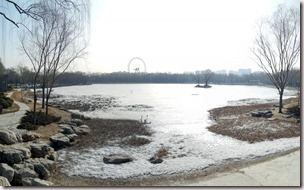 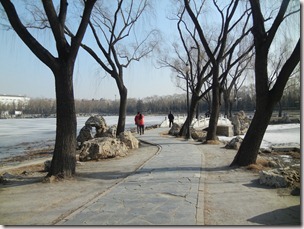 and there were still other people taking their morning walk.  A couple people ran in their jackets. 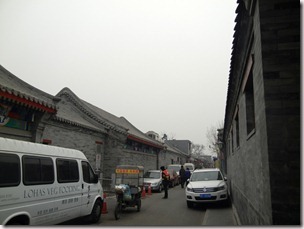 Sunday, I went to the historical district to grab a lunch with some Russian friends. 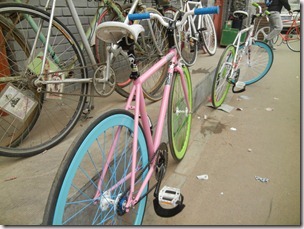 And a cute bike rental shop with nicely painted bikes. 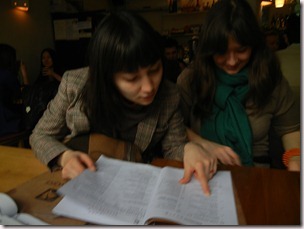 Sasha and Ira picking out their dishes… 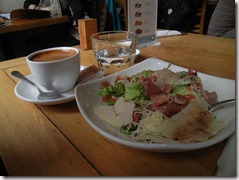 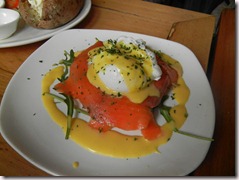 The dishes were a bit expensive, but manageable, and they were good..  I haven’t seen raw foods prepared like that in China for a long time… 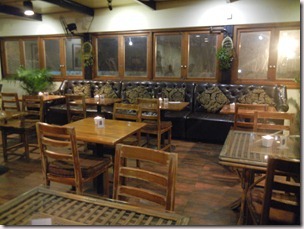 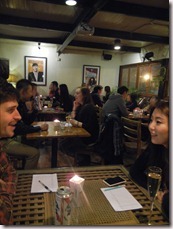 Elena, another Russian friend of ours, told me about this speed dating event.  So I went to check it out.  I have to say, I’m pretty impressed with all the expat’s profile in China, but this also doesn’t mean that they were also the most lenient people…. 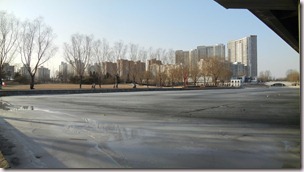 I ran around the park next to my apartment on Sunday morning, the view from under the bridge was one-of-a-kind in Beijing. 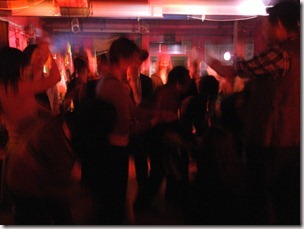 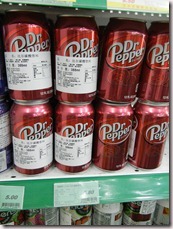 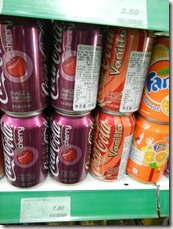 Yulia found a really nice imported foods shop not far from our office.  So I finally found my Dr. Pepper, not to mention they got venilla and cherry cokes.