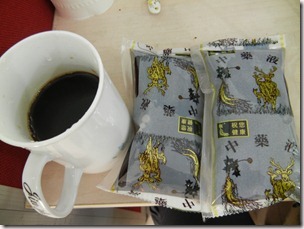 My first Chinese medicine came in already-stewed packages. Apparently nowadays when you order Chinese medicine in China, the drug store could cook it and pack it for you – just like milk….. 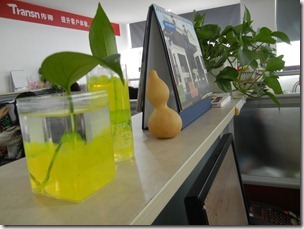 Found these little plants grew out of these yellow jelly.  Apparently the jelly in the bottom of this bottle is actually “clean soil.”  It is used as soil and fertilizer to grow small plants 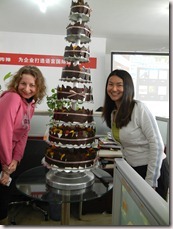 For the 8th anniversary of this company, the company ordered an 8 layer cake for us. 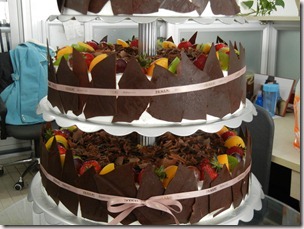 It’s a fruit cake, but the outside is wrapped in chocolate pieces 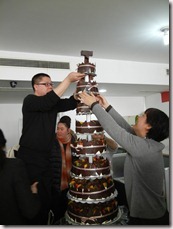 This is gonna take some work to cut this. 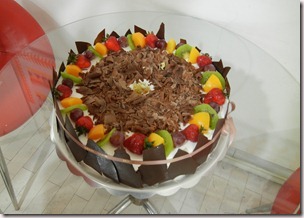 Of course, the translation team gets the biggest layer…. 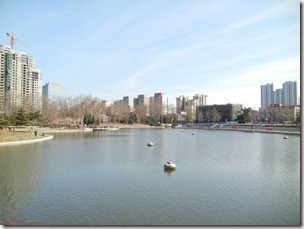 Saturday run in the park was beautiful.  Now the ice has finally melted, peoples starts to run their boats on the lake.  They looked like little dotted decorations on the lake. 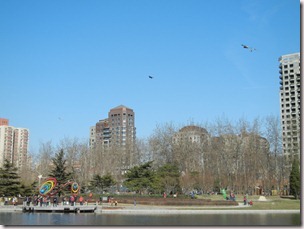 The sky is finally blue – for one day.  So I took my chance and sprang around the park for several rounds.  Though I have visited this park a lot of times, but there were definitely more people in the park today – then I saw the kite flyers, and that explained almost everything. 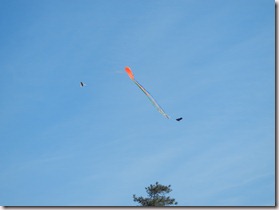 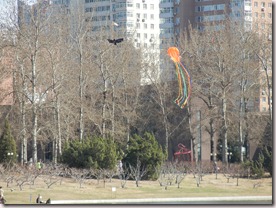 there were so many people flying different kites, tis the season! 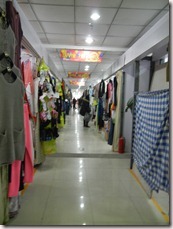 Went to the zoo area for shopping.  I heard this is a wholesales market and had to check it out, but most of places wouldn’t let you try out their clothes since they are whole sale and don’t have much space.