I was always curious about our old rival, Texas A & M’s game. Thanks to Jeff Powell, I finally get a chance to see a game on Aggie’s Land. 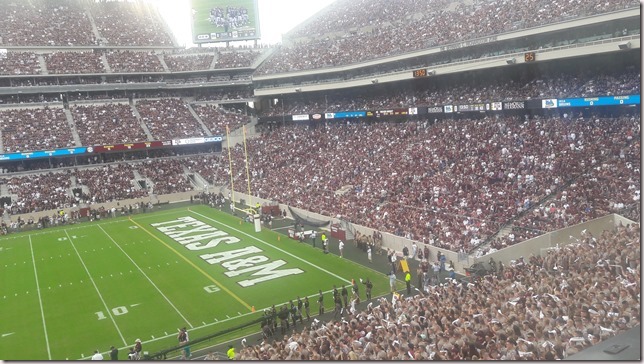 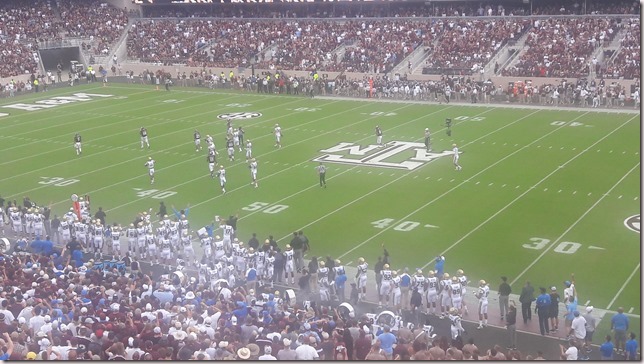 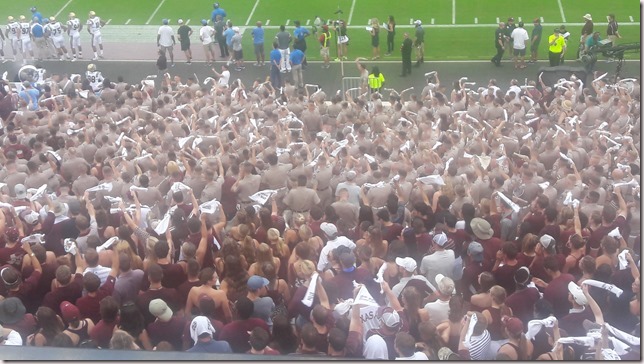 Texas A & M was a military school, they are still the second largest military school after West Point.  The ROTC students waving their hankerchieves as a tradition. 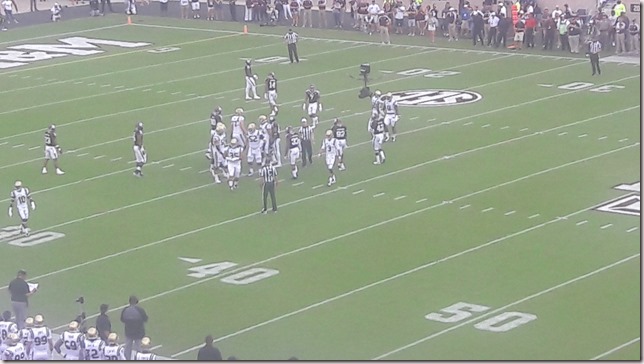 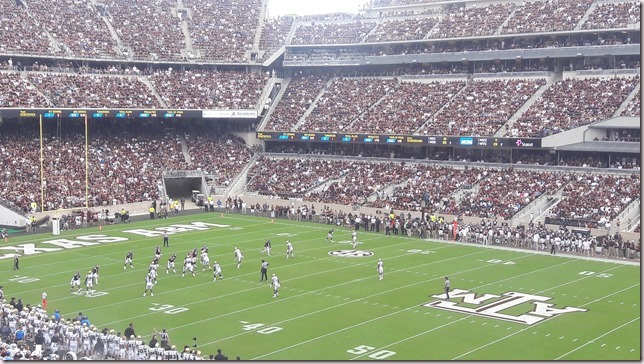 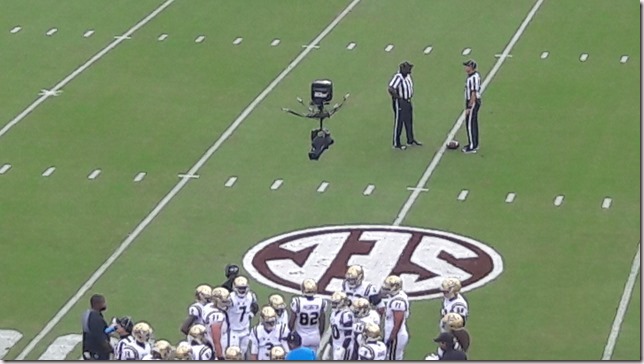 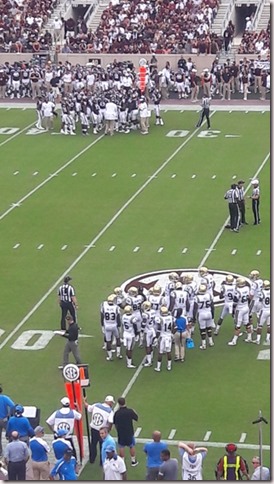 Jiujie-ing – both teams working out their plans. 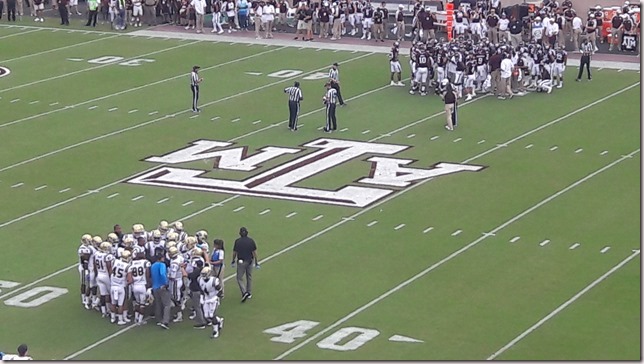 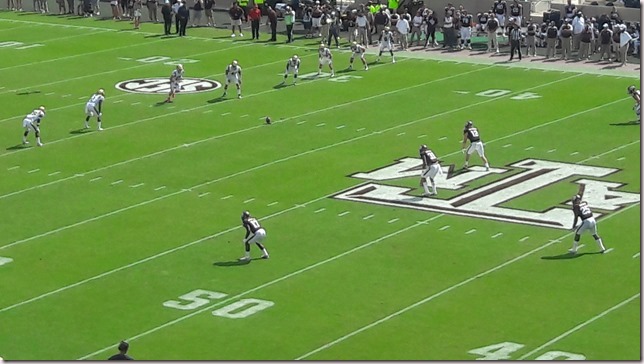 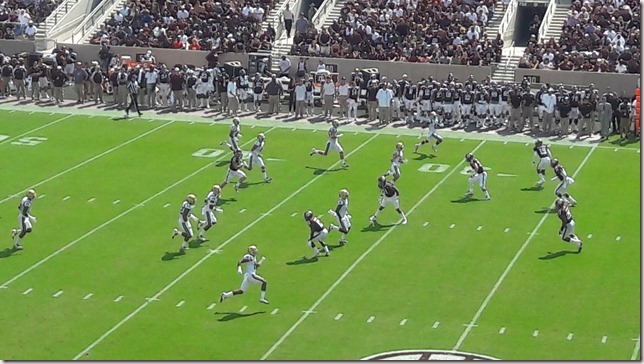 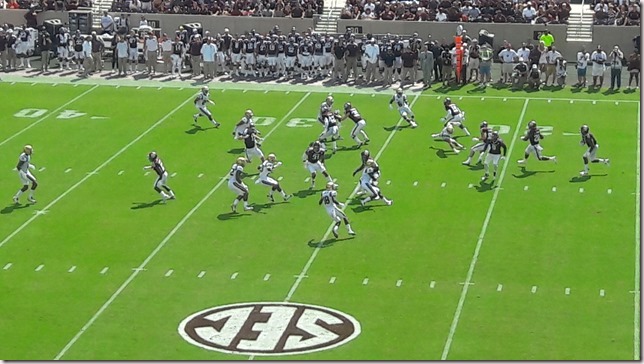 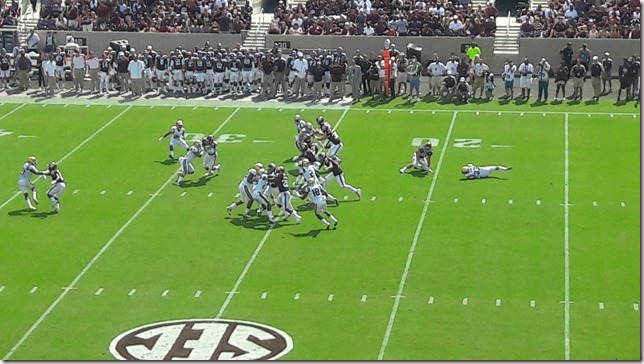 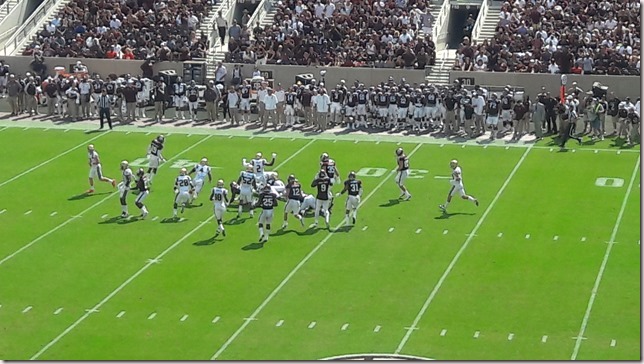 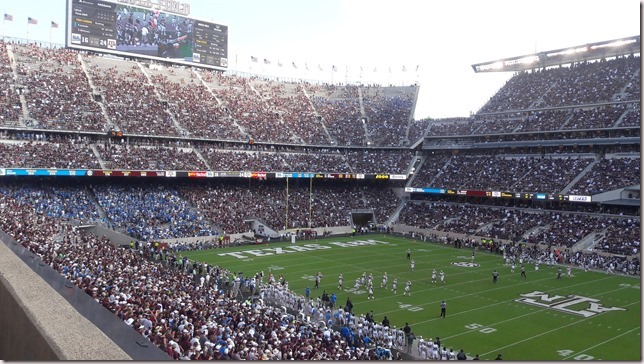 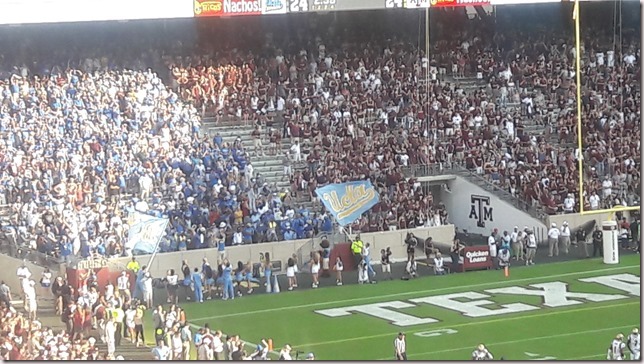 The rival team is actually my cousin’s school, UCLA.