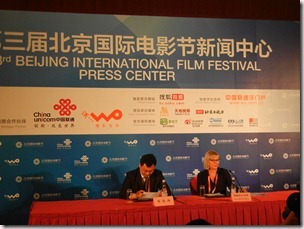 Press conference of the German nominated film Lore.  Producer of the Lore present. 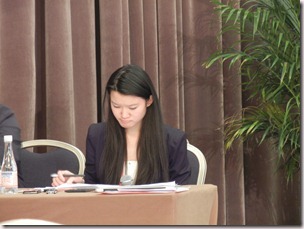 I was wondering this on-site Chinese-English interpreter looked a bit too familiar. Yes, she’s Kelly. 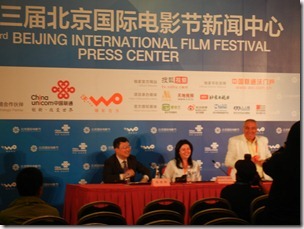 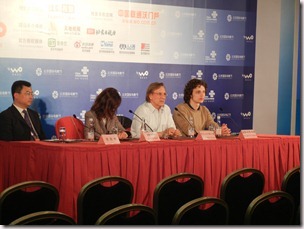 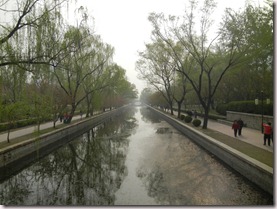 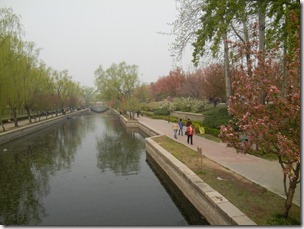 I ran from our hotel to the film festival for a few days, where I had to pass by this park right along the outer ring river not far from our hotel.  This is the highlight of my morning run.  I love how the entire park is filled with the outlook of spring, the fresh flowers, new leaves on willow trees bowing over the river channel. 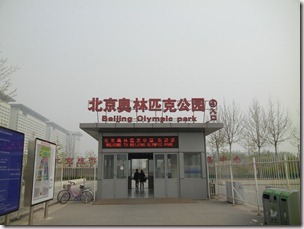 Entrance of Beijing Olympic Park, now I’m close to my work, the film festival in the National Convention Center among the park buildings.

I had to pass the Cube and Bird Nest to get to the Film Festival at the National Convention Center.

For a break between the exhausting long work hours at the film festival, we were offered to get a glimpse of the closing ceremony. 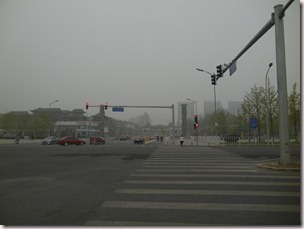 I wasn’t so lucky in today’s run, for the city is covered by smog, again. 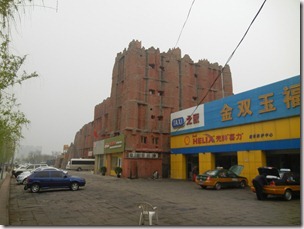 Love this hotel – I almost mistook it for an abandoned building. 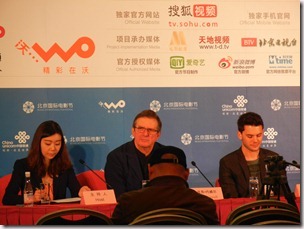 The cast of another nominated film, the British film the Great Expectation, with the hot actor on the right side.  After this press conference, all the girls lined up to take pictures with him. 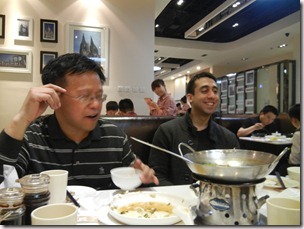 During the last night of our time at this festival, my boss and I met up with my colleagues Hu (left) and Vajdra (right), .two of my closest colleagues in Beijing. 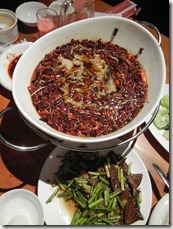 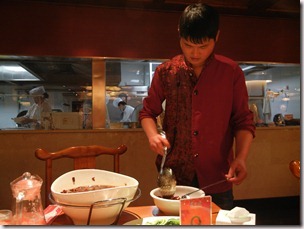 Was eating at a new restaurant just down the street from where I live.  We ordered a spicy fish, and before we knew it, the server carried a gigantic sizzling bucket around us.  We kept thinking it wasn’t ours, even after the dish was served I was still in disbelieve.

The server let the bow set for a bit, then scoop out all the peppers from the soup inside. 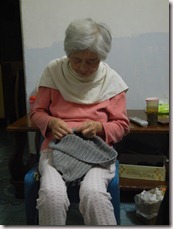 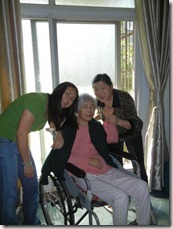 Visiting my grandma, who is recovering from a major seizure last July.  She could sit now, and one day, we gave her some knitting work to kill her boredom – no, she could no longer knit beautiful sweaters for us grandchildren…. 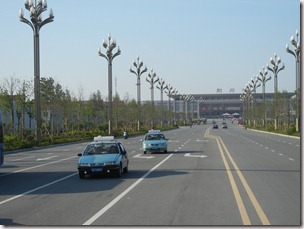 The newly built Jingzhou high-speed train station, it’s only been a year old. 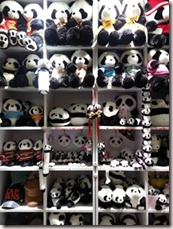 Went shopping with my cousin on my back through Wuhan.  We went on Jianghan Street, one of the most prosperous commercial area not far from her house.  There were so many unique and cute shops along the street, especially this one specializing in stuffed Pandas. 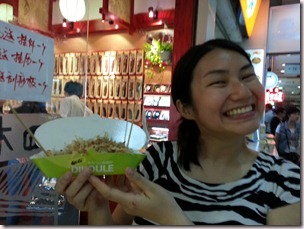 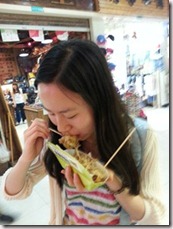 Trying out one of many small delicacies.