A while ago, I was translating a piece of TV show on Wanshou Temple, which houses Beijing Art Museum.  It piqued my interest ever since then.  Since I finally settled back to Beijing after almost 2 months of traveling here and there, I decided to take this chance and visit this place.

This red compound stood out pretty well among its modern surroundings.  You pretty much figured that this must be the temple the minute you get to the area. 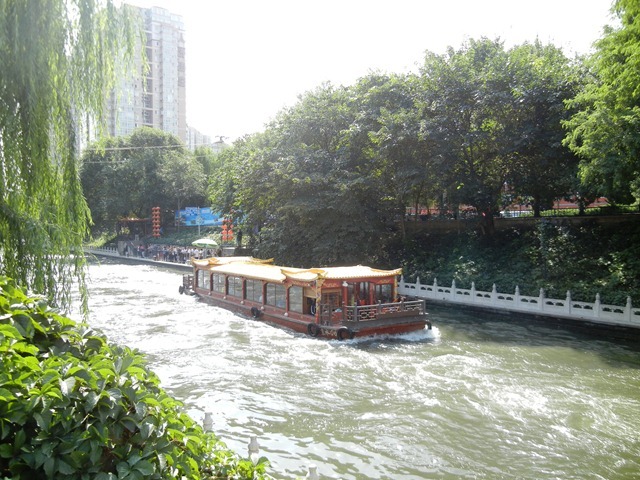 While waiting for my friend Xiaolin, I found a cute tourist boat cruising along the river. 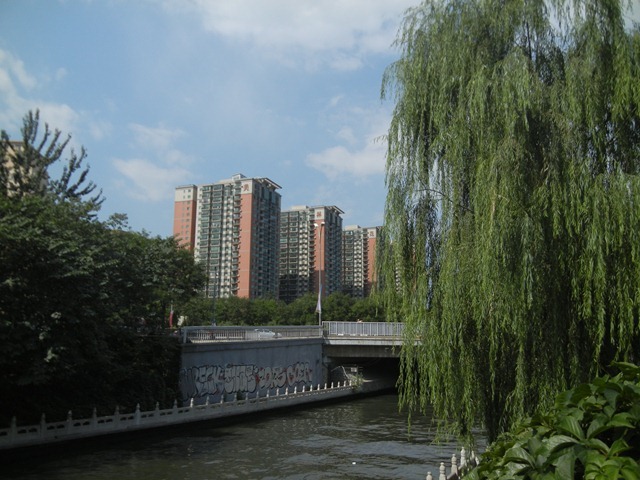 A passerby told me the buildings across from me are not as cheap as they looked.

Upon entering the temple, we found a “lobby” courtyard. 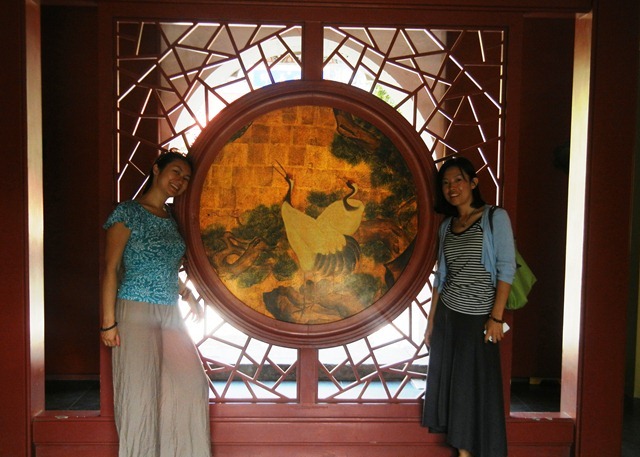 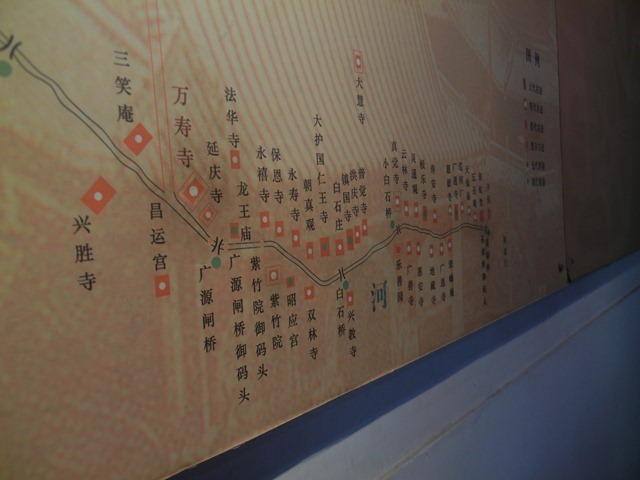 At the lobby  hall, we found a map illustrating the original layout around the area.  Apparently, everything around this area was used to be some sort of temple, but only Wanshou remained. 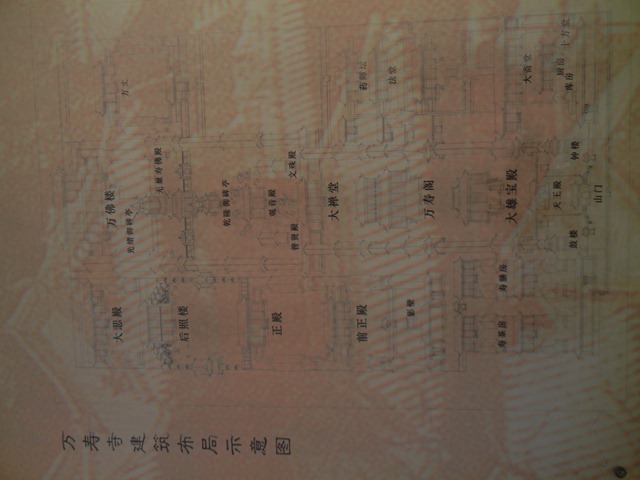 A map of the temple’s symmetrical layout. 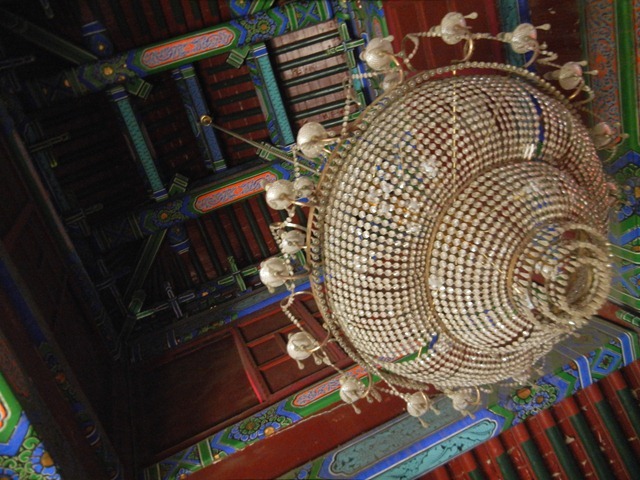 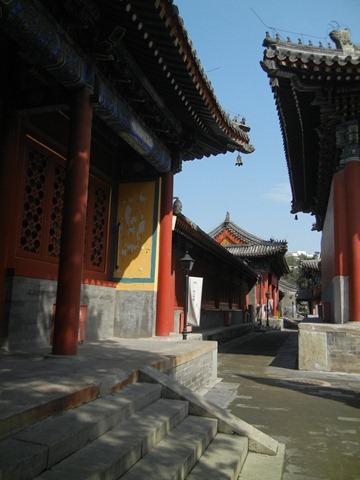 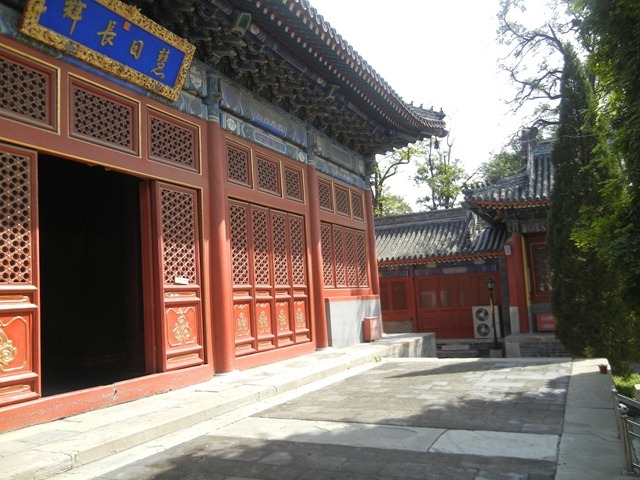 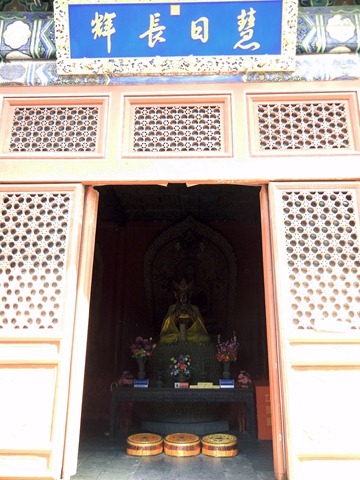 Though I could not take pictures inside of this building, but this is probably the most impressive building in the temple. Everything in the entire room dates back to Ming Dynasty (some six hundred years ago).  Though they were covered in layers of dusts, but under the dusts you could still pick out the original paints.  “We could not clean the dusts,” the guide told us, “the paints are so fragile that it requires specialized work, and it’s too expensive for the museum to afford it.”

The Ming buddas in this building looked more than just interesting.  They are generally fatter and smiling.  I guess by coming to this temple, people would forget their hardships back then. 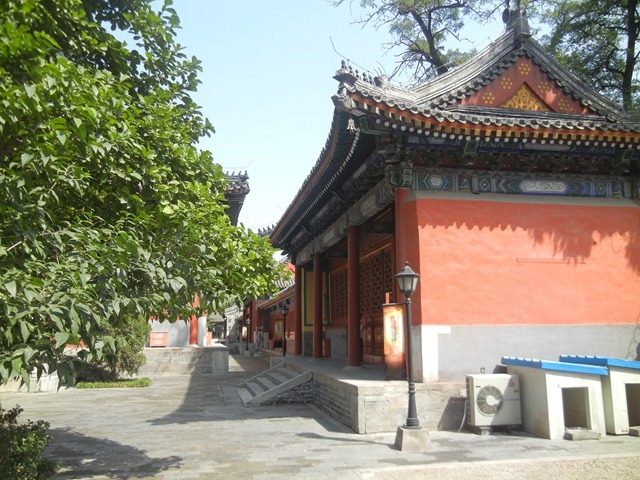 The garden in the back 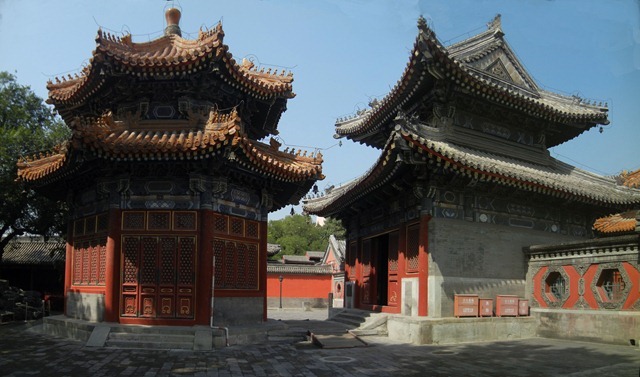 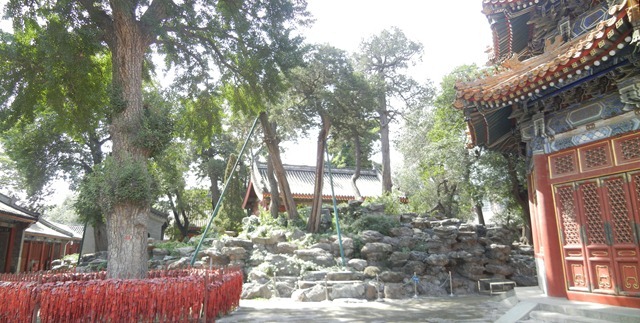 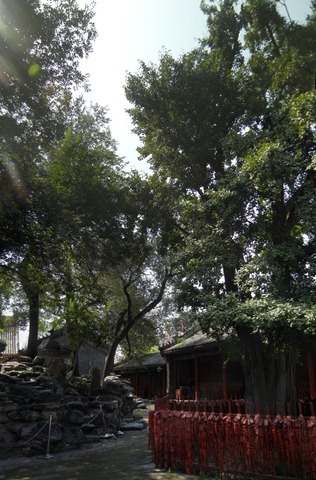 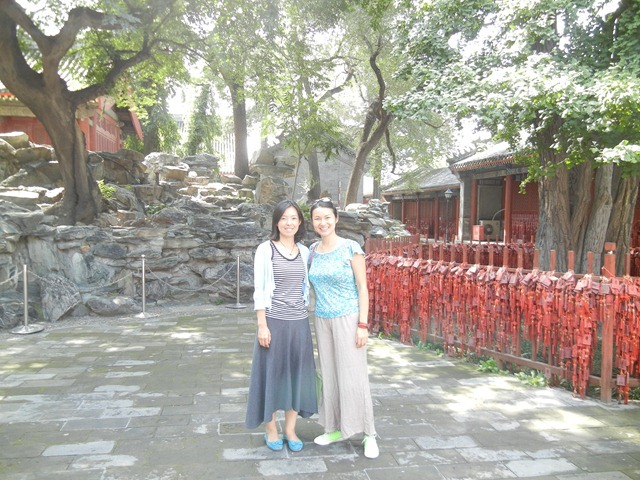 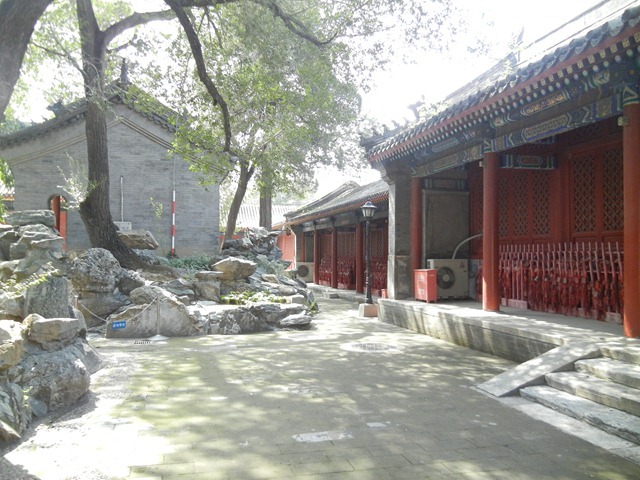 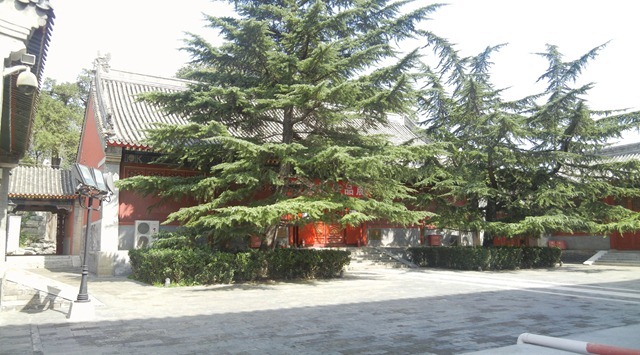 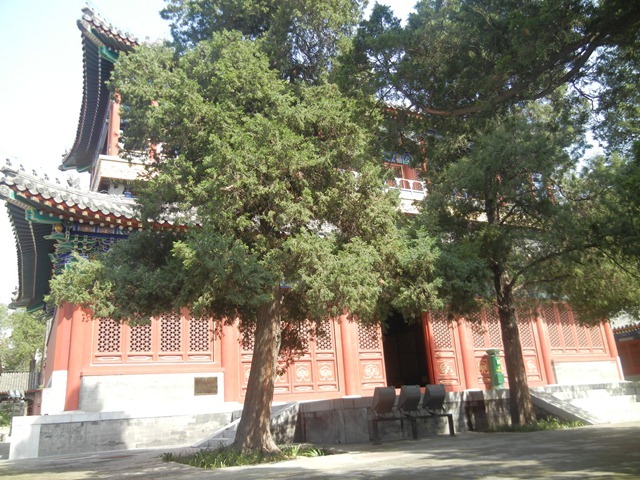 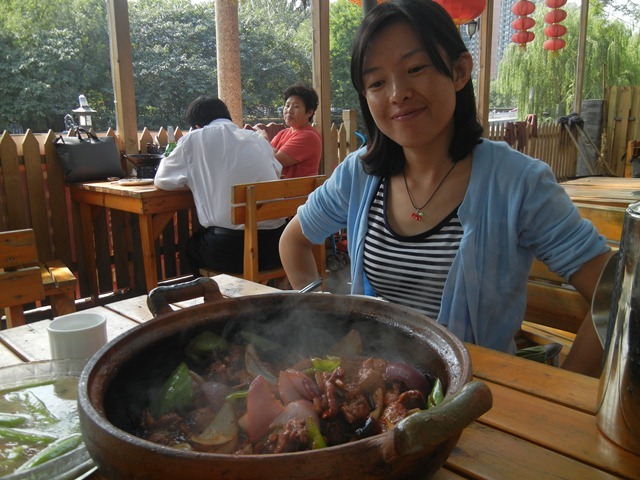 After spending some 2 hours in the museum, stewed chicken is just what we needed. 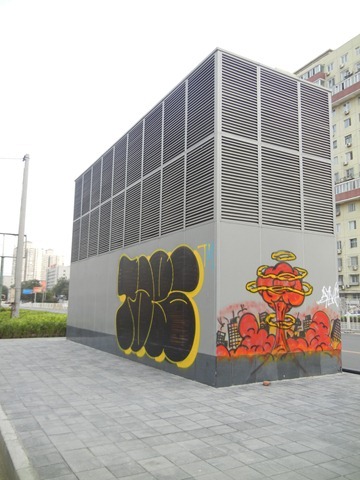 On my way back, I found an interesting graffiti on a new subway station building depicting atomic bomb.